Larry Adams, who lives on unit 7Y at the Edmonton General Continuing Care Centre, knows that having a variety of activities available to residents of all abilities is important.

“Every day can seem the same. Having something different gives you something to look forward to, a reason to get up,” says Larry.

That something different was a Polynesian event that took place in January on Larry's unit because of the Edmonton General's Wishing Well program. Shawn McCreight, member of the Resident and Family Council, wanted to create a program to support residents and brought up the idea. The council asked the Covenant Foundation for funding to provide wishes for residents at the site.

With the foundation’s funding support, the council and the recreation therapy team decided to provide each continuing care unit with $320 to use for an individual or group wish.

“All the wishes that have been granted so far have been excellent,” says Shawn. “I think they have helped boost both resident and staff morale. We are a village — residents and staff at the Edmonton General.”

Staff and residents came up with ideas and submitted wishes for consideration. All the wishes ended up being for the units as a whole.

“On our unit, we thought that rather than just giving someone a wish, wouldn’t it be nice if we could all get some enjoyment out of it and make some memories,” says Diane Perkins, unit 7Y manager.

Most of the residents attended the Polynesian event, except a few who weren’t well enough, says Diane. "We like to get everyone involved."

At the Polynesian event on unit 7Y, there were dancers, Hawaiian music, decorations, games and special tropical treats.

Family and friends were invited to the event, which happened during the time of the regular Wednesday afternoon tea. Diane invited everyone she saw on the unit to join the fun.

“As a relative of one of the residents, I really enjoyed seeing everyone’s reactions. I saw a lot of joy and excitement,” says Lee Tymo, daughter of resident Veryl Beck. “I thought it was very uplifting.”

Resident Veryl Beck and her daughter, Lee Tymo, dressed up for the event.

Units across the site chose to do a wide range of things with their wishes. Unit 12Y purchased an electronic picture frame to capture the essence of residents through present and past pictures. A couple of units continued work they had started to enhance their physical space.

Several other units chose to create leisure trunks. “We have structured recreation activities, but there are lots of times when we don’t have staff who can facilitate these activities. These bins are meant to help families and volunteers engage with residents,” says Sherri Mcarthur, manager at the Edmonton General. “The contents are tailored to the needs of the units’ residents.”

Diane says it’s nice to have special activities on the unit because it can be hard to get a lot of residents who need assistance to attend larger gatherings on the main floor. As well, there is a smaller group on the unit, which creates a more intimate experience.

“I’m grateful that the Covenant Foundation provided the funds for us to enjoy,” says Diane. “With this additional money, we were able to go all out for our residents.”

Activities like the Polynesian event give residents some extra fun in their day.

Larry would like to see the Polynesian event become an annual event on the unit, especially in January when it’s minus 30 outside.

“This event brought back a lot of special memories. It reminded me of things I did when I was in Hawaii and the people I was with, some of whom are no longer with us,” says Larry. 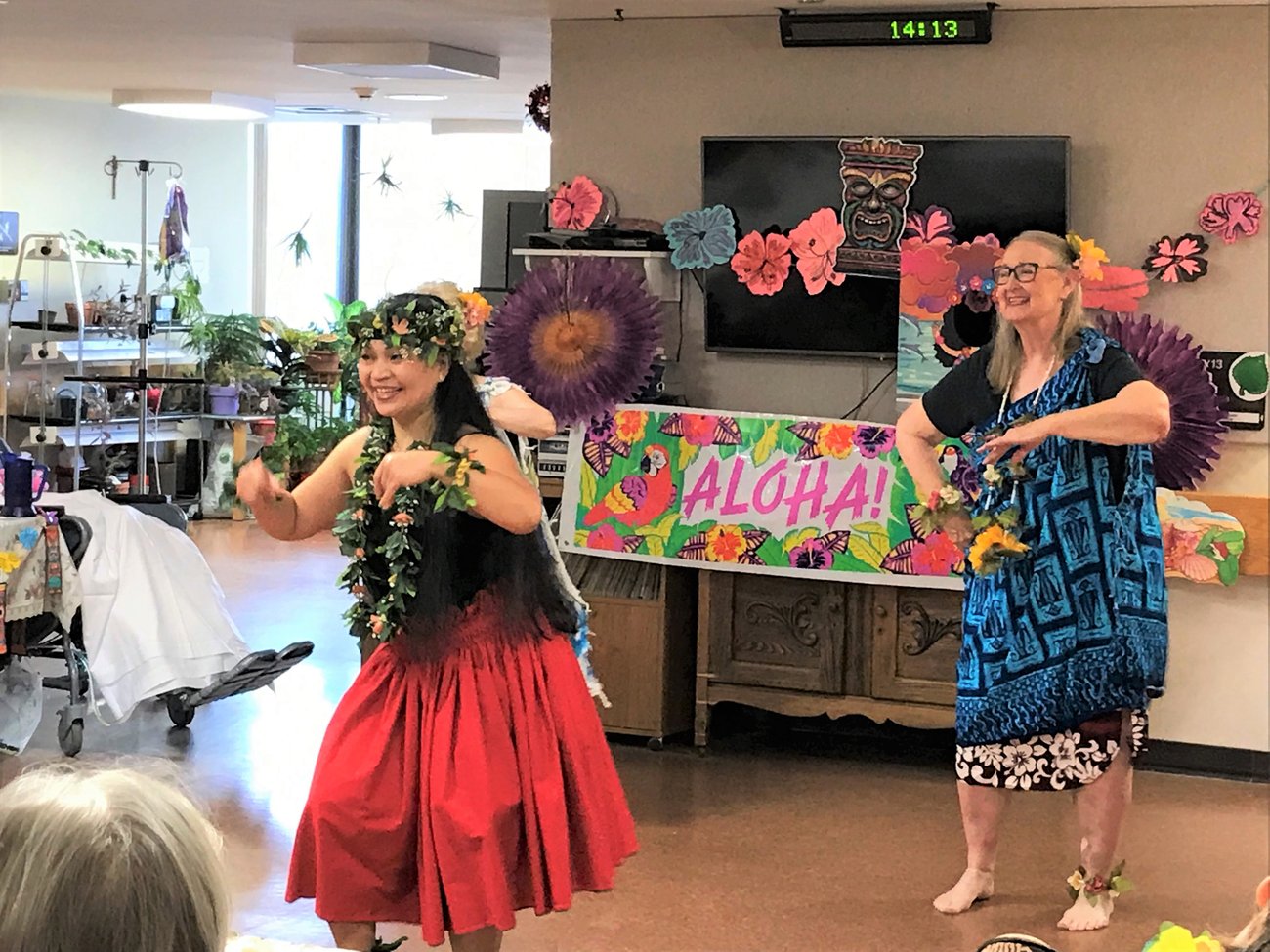 Polynesian dancers came and preformed for the residents of 7Y. 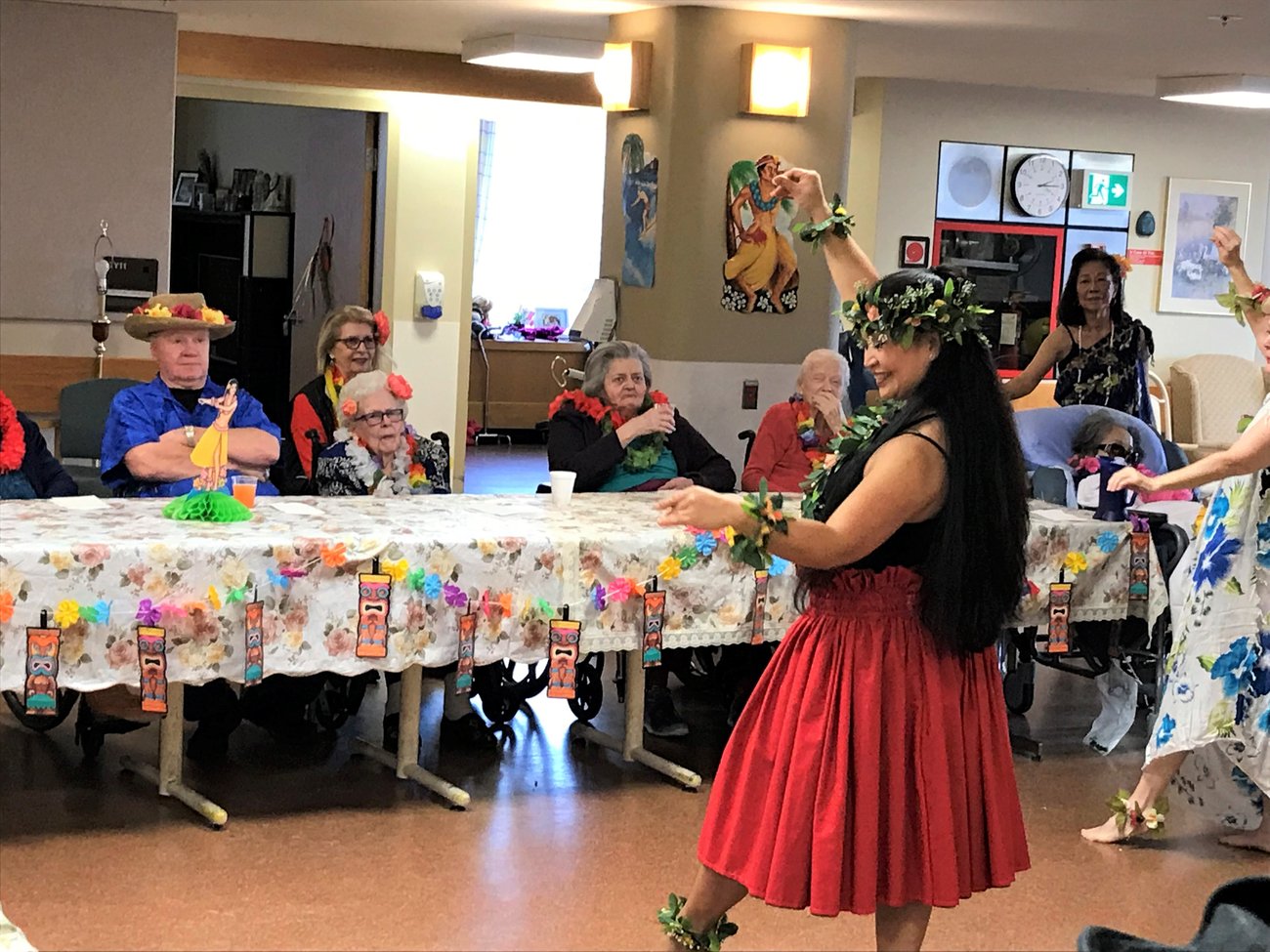 Residents and family members enjoyed the dancing and music. 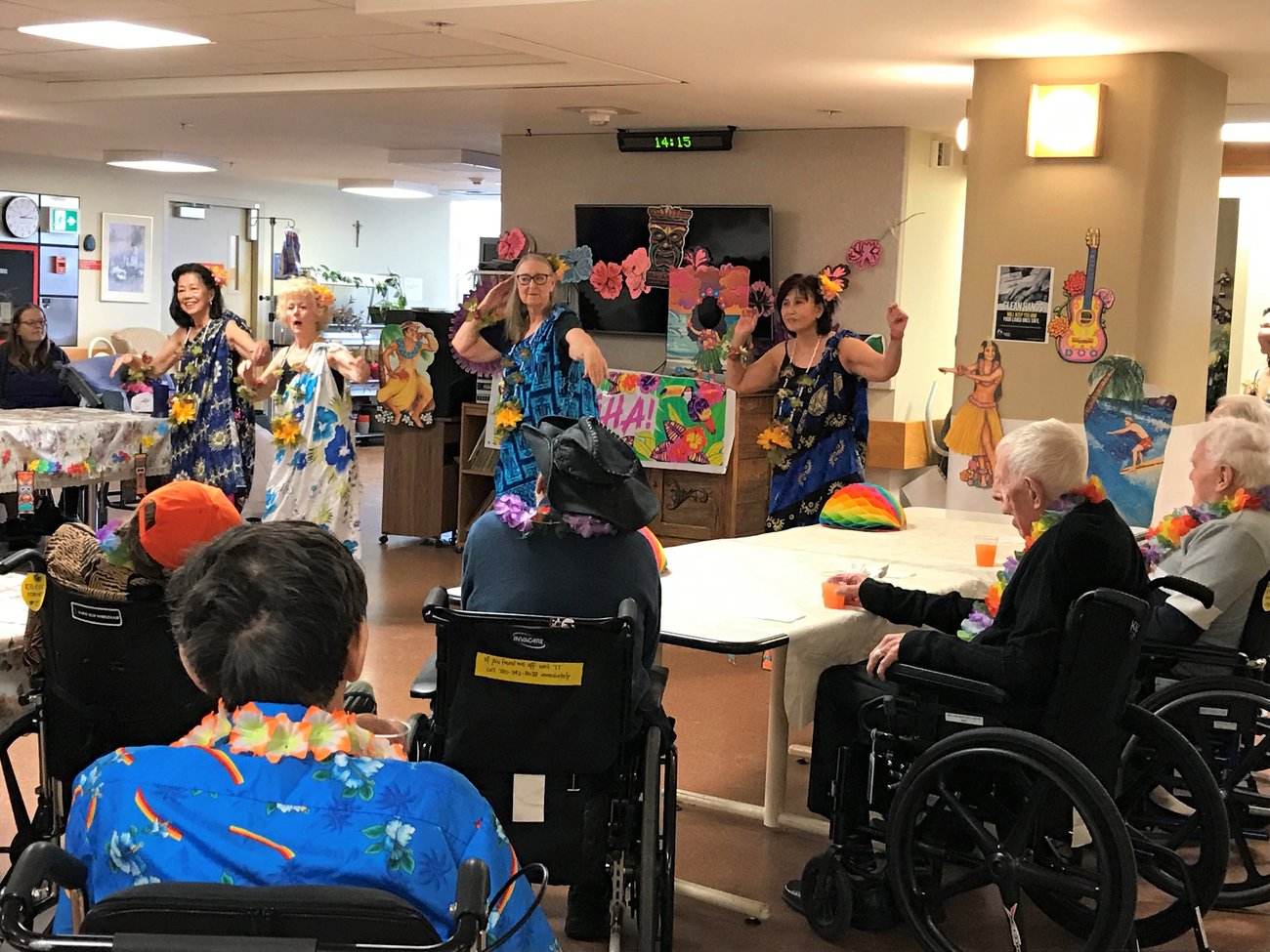 Everyone was entranced by the dancing. 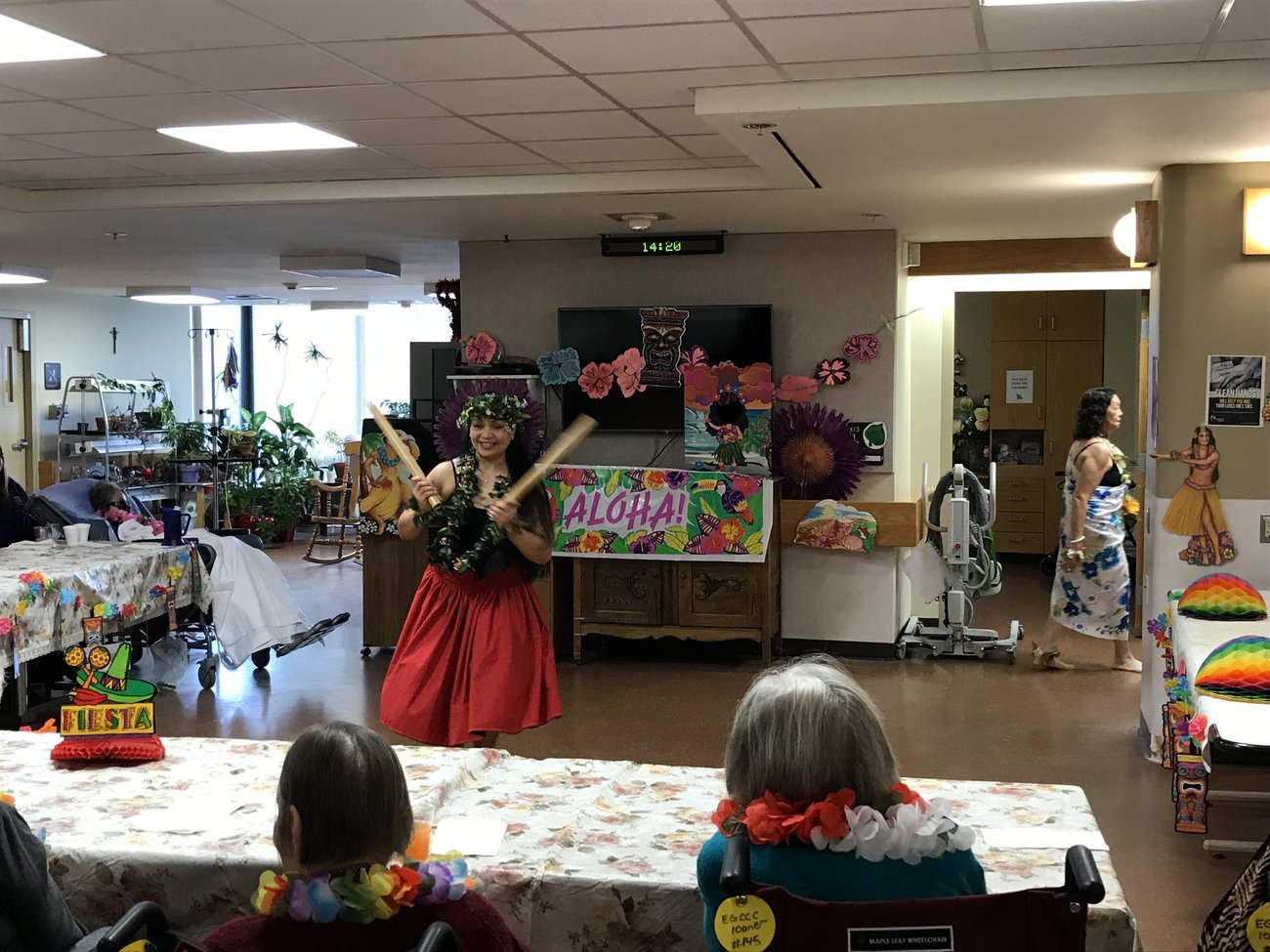 The dancer used sticks in her performance. 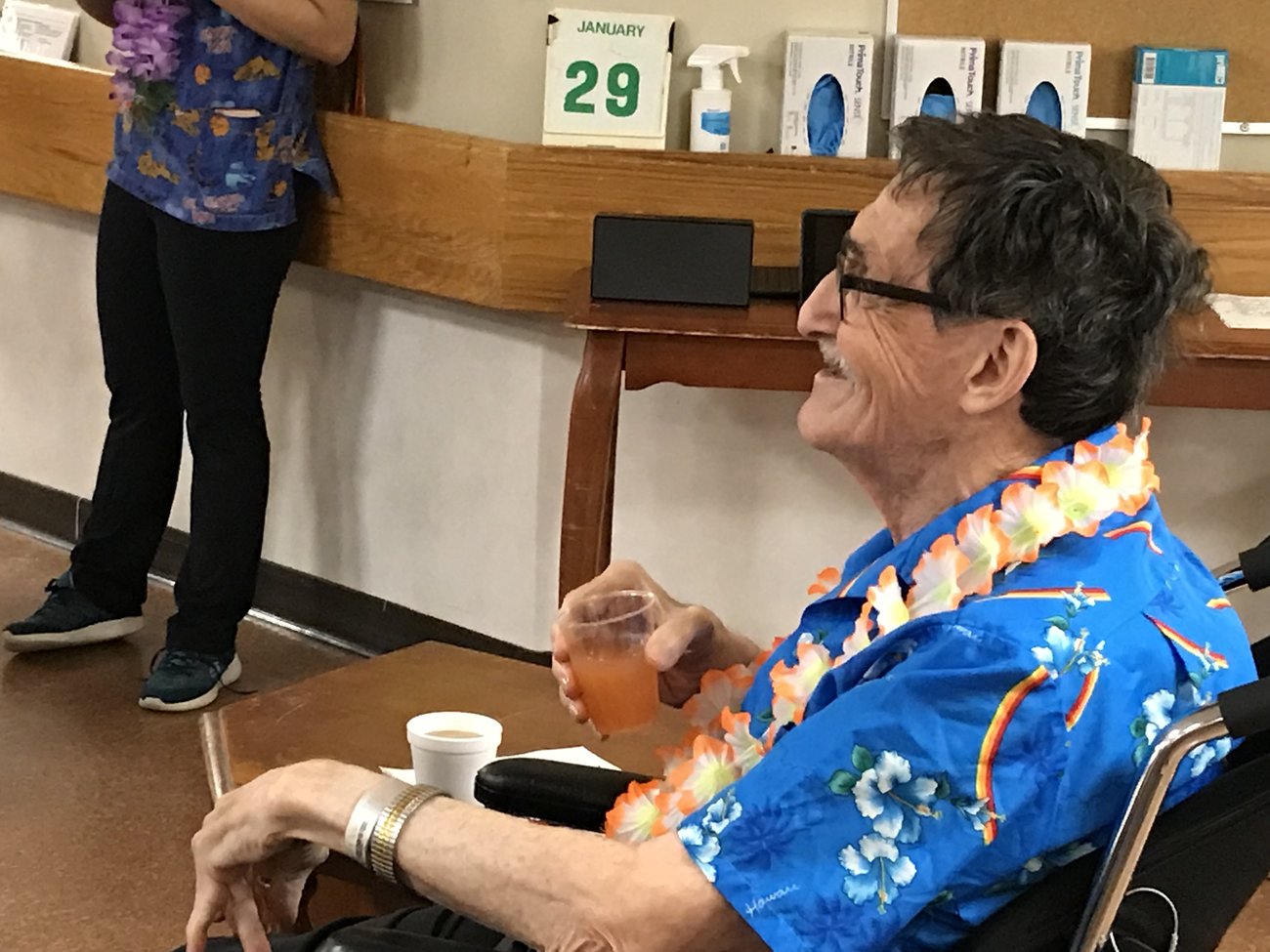 Larry, in his Hawaiian shirt, enjoyed the performance. 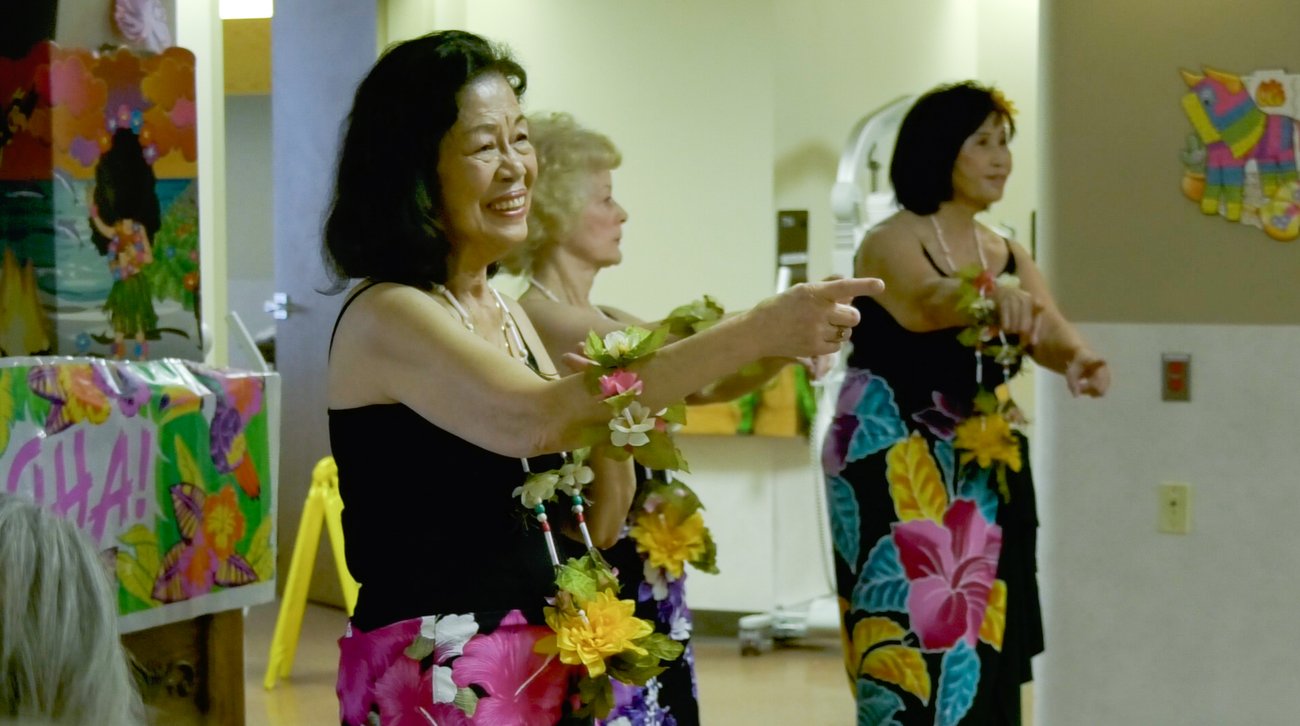 The dancers had fun too. 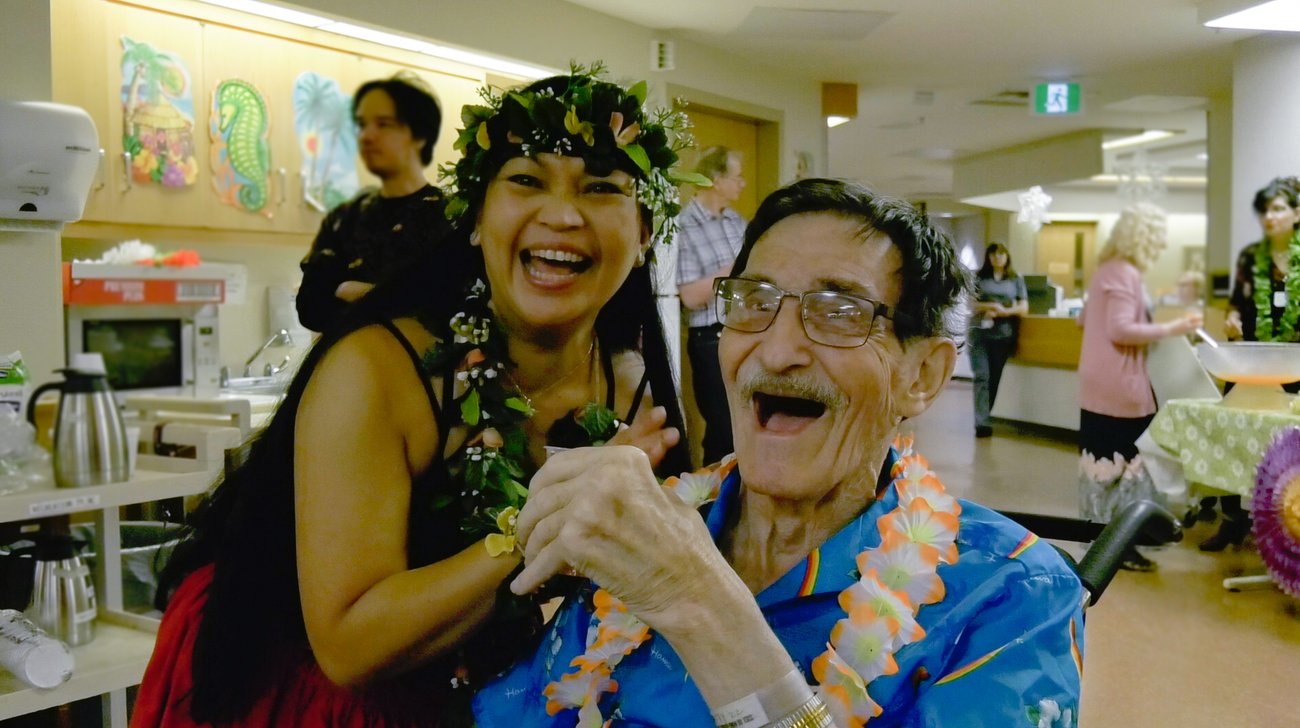