Their first encounter was in rural Nova Scotia in 1954, when Kathryn was 18 and Calvin was 20.

“I was keeping house for his cousin. His mother and dad came over, and he came with them and played cards,” recalls Kathryn, 83. “We went out a few times, and then I went back to Halifax.”

That brief romance turned into an ongoing friendship. Both Calvin and Kathryn found other partners and married in 1955, with Kathryn moving with her husband to Alberta. On their trips back east, they would visit Calvin’s family farm. 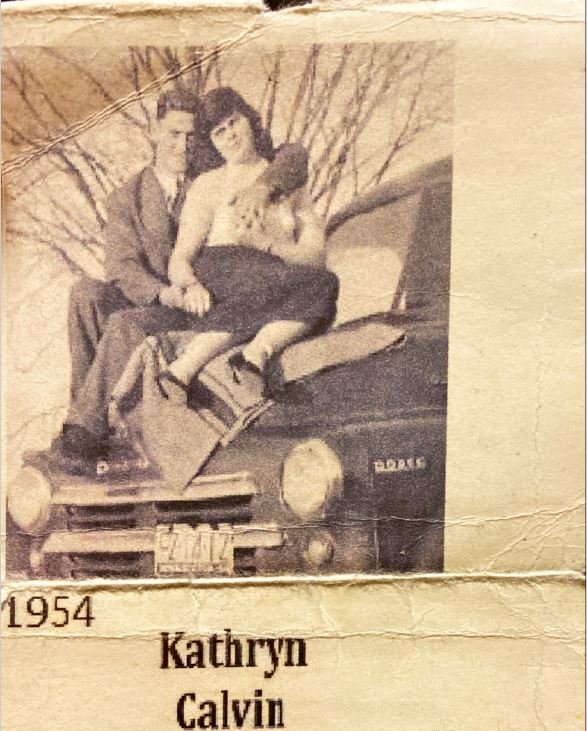 Calvin and Kathryn sit on the hood of Calvin's truck when they are first dating. 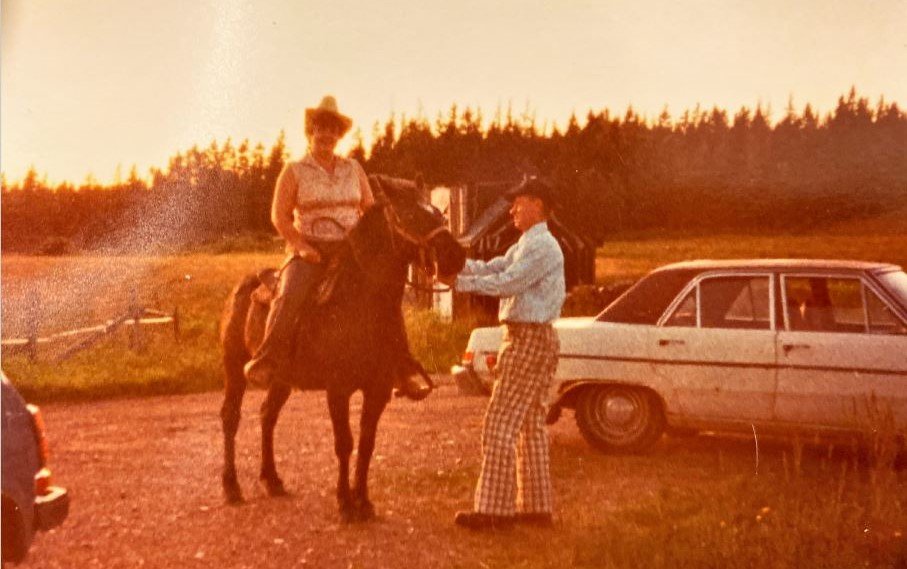 Kathryn visits Calvin and rides one of his horses. 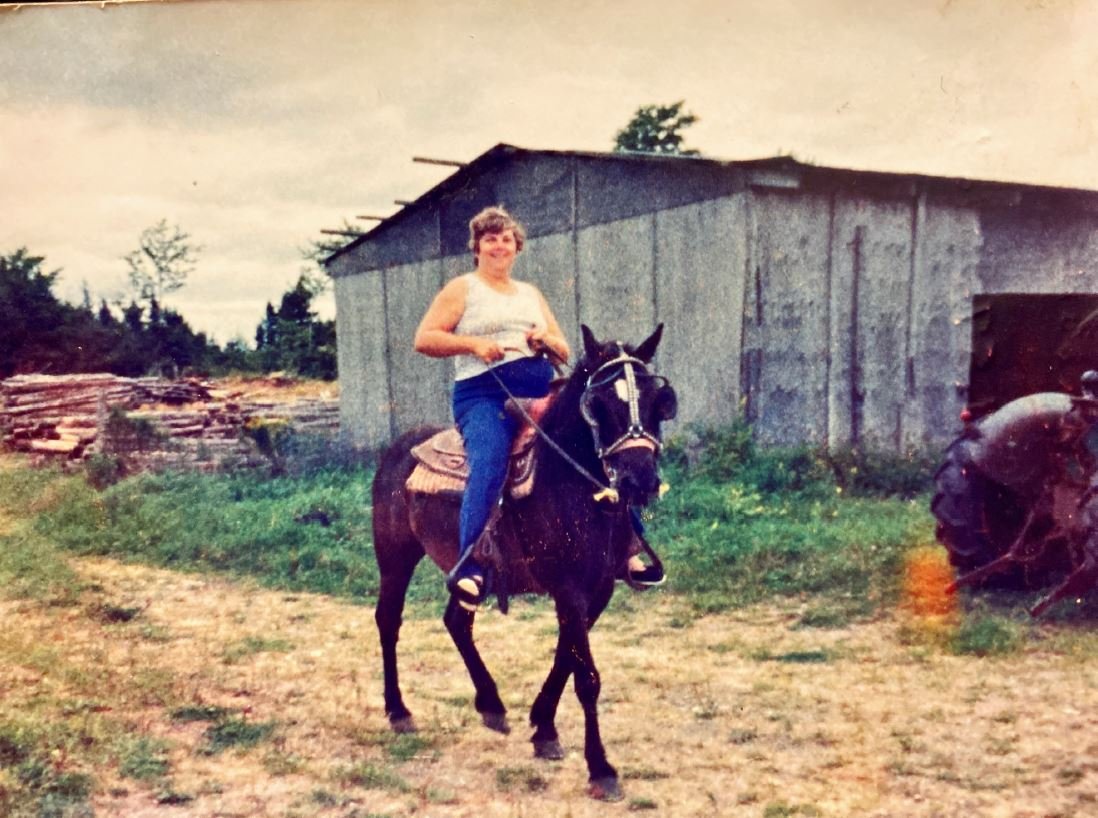 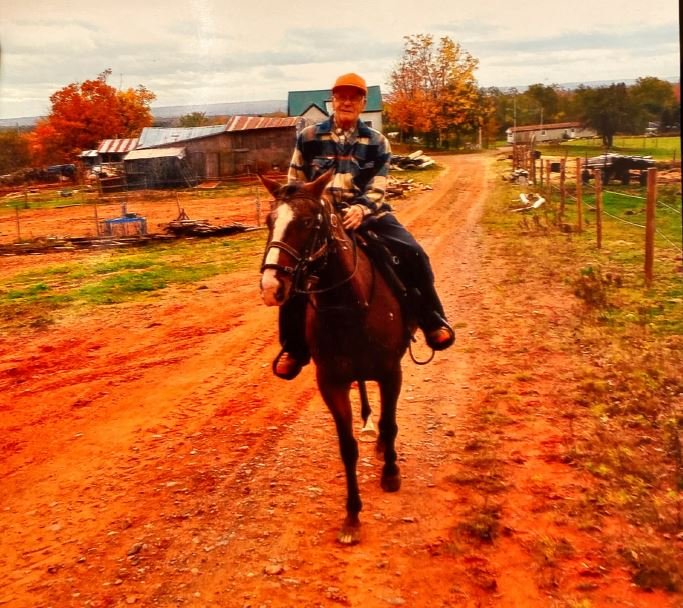 Calvin rides one his horses on his farm near Onslow, Nova Scotia. 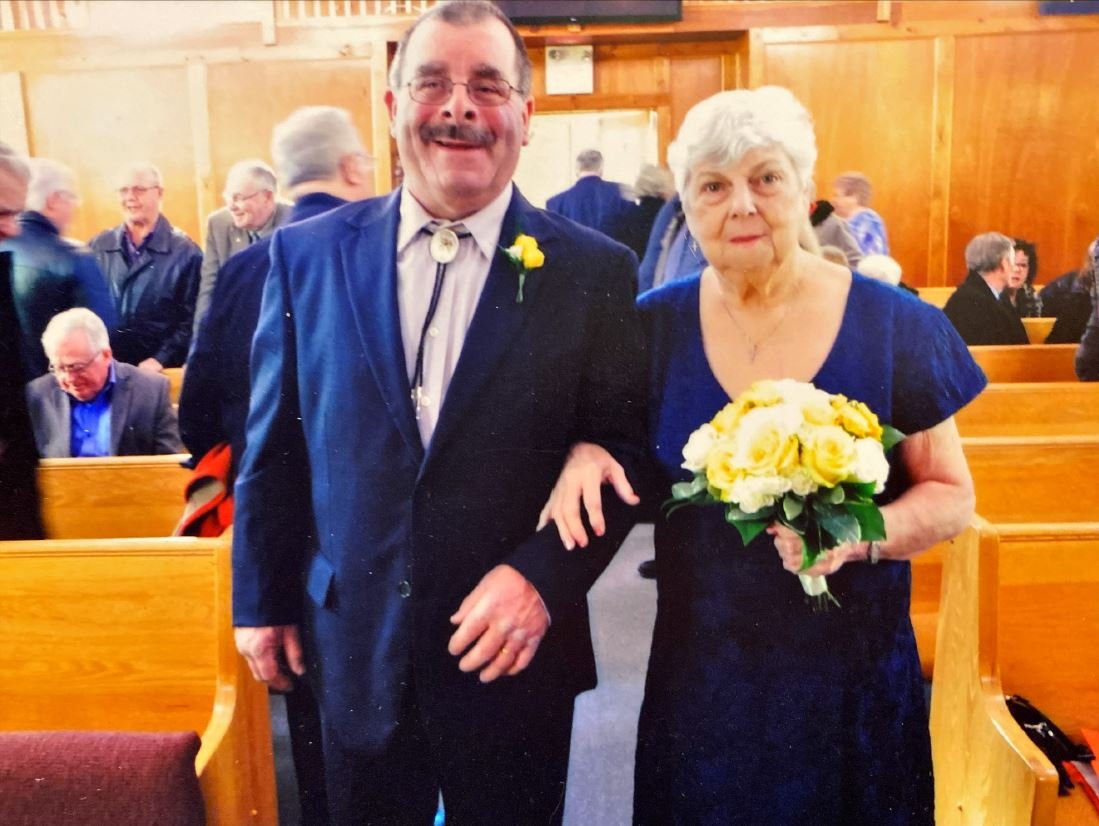 Kathryn walks down the aisle with her nephew, Reid. 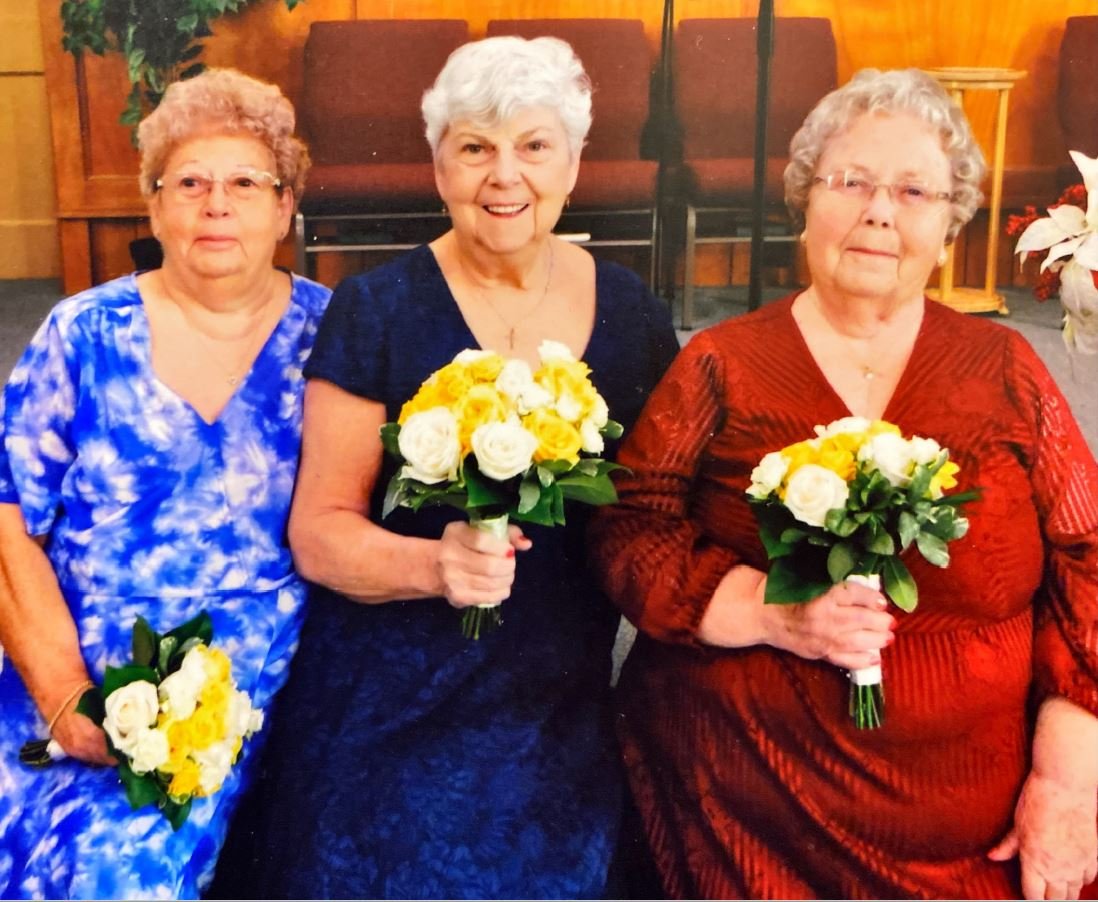 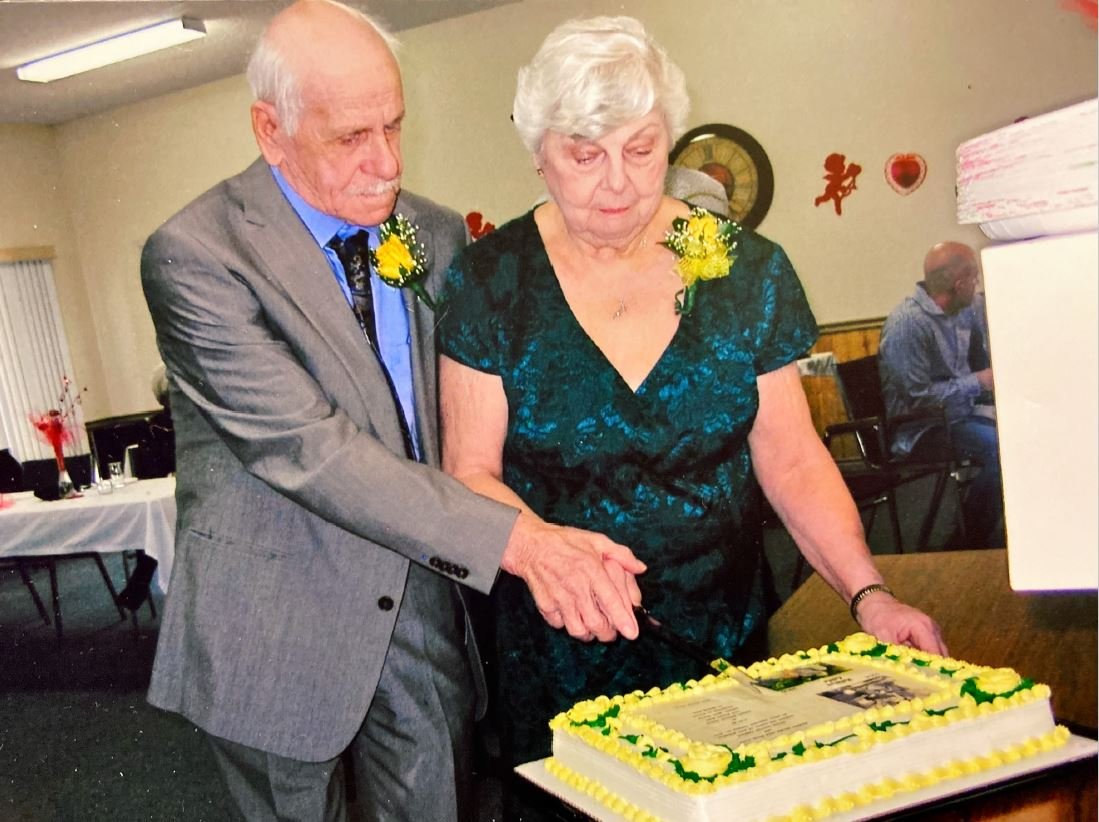 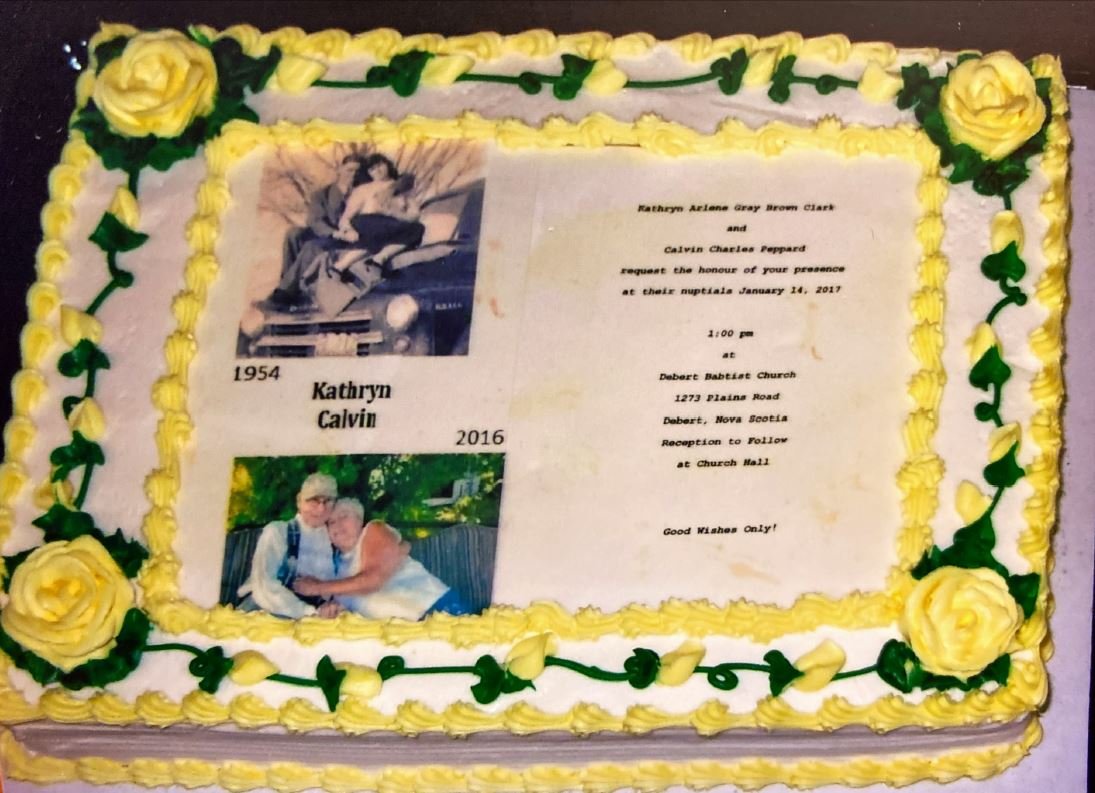 After her husband died, Kathryn remarried in 2002. In the summer of 2016, she made a trip to Nova Scotia. Both she and Calvin were widowed, and Calvin decided to make a move.

“I asked her if she was single,” says Calvin, 85. “And of course I knew she had lost her former husband. She said she was going to stay single, so that gave me a bit of a setback.”

But Calvin persisted. When Kathryn flew home to Alberta a few days later, he had already tried to reach her again.

“He phoned twice before I got home. There were two messages on the phone. He couldn’t wait until I got back. He phoned about three days early.”

They talked on the phone several times in the next few months, and things started to get serious.

“He made the comment that maybe we could just live together,” says Kathryn. “And I said that’s the last thing I’d do.”

During one of their phone calls in December, Calvin proposed.

“Yeah, he finally said that’s what he wanted.”

After marrying in Nova Scotia on Jan. 14, 2017, Calvin moved to Alberta with Kathryn, but much of their time together has been interrupted by hospital stays. Seven months after their wedding, Calvin had heart surgery, followed by prostate surgery and a hip replacement. And Kathryn faced a lengthy recovery last year after falling and breaking her hip in February. Last October, they moved into St. Teresa Place, a Covenant Care supportive living community in Calgary, where they enjoy living together in a couple’s suite.

“We get along fairly well, I think. I try to help her when I can,” says Calvin. “We play cards, and we’ll sit and watch TV.”

“I have my things I like to do, and he likes to sleep,” says Kathryn. They spent much of their anniversary resting in bed and watching TV because they weren’t feeling well.

“I’m just waiting for Tony Roma’s to open up so we can go have some good ribs.”

Calvin and Kathryn enjoy playing cards together in their couple's suite at St. Teresa Place.

Kathryn and Calvin are thankful for their families and their previous marriages. Calvin had five children and Kathryn four, along with seven grandchildren and more than 50 great-grandchildren. Their relationship advice for other new couples is practical.

“Try and please each other,” says Calvin. “And when you want to do something, talk it over, and if it’s what should be, it will be.”

“Be truthful to them. Don’t be running around and not spending time with them,” adds Kathryn. “And don’t go to bed mad.”