Bringing joy to families with infants in the NICU

The stress and shock of having an infant who needs to be in a neonatal intensive care unit (NICU) can be especially hard when it’s a baby’s first Christmas.

“I personally know how difficult it is to have a baby stay in the NICU over the Christmas season,” says Sharon MacKenzie, a registered nurse in the Misericordia Community Hospital’s NICU. “It was the little differences, the human touches that made what was literally the most difficult time in my life that much better. It’s why I work in the NICU now.”

One extra way Sharon tries to help make the experience better is by creating holiday gifts for these tiny patients. She has been making Christmas sets for babies in the NICU for several years, and this year she asked for a hand in making Whoville-themed gifts of warmth. Colleagues stepped up and so did others. And then came the idea of reaching out to the community via Facebook.

“I suggested that we could ask people to help us on social media,” says Shelley Cox, another registered nurse on the NICU. “Once the post went up, it took on a life of its own.”

To manage all the offers of support, Sharon, Shelley and colleague Kathy Lilly set up a Facebook group — the NICU Crocheters — which, so far, has almost 300 members.

Their work will be delivered overnight on Christmas Eve. That’s when the NICU elves come and dress the babies in their special Christmas outfits as a surprise for those parents who don’t spend the night.

“I play Santa and dress up, and we do pictures with the babies all done up for Christmas,” says Shelley. “When the families come in and see what we’ve done for their babies — the little crocheted sets, the pictures — they’re so touched. I’ve seen many with tears in their eyes. I know it means so much to them to see the love and attention that have been put into making Christmas special for them as a family.”

Sharon created the patterns — a Whoville blanket with a heart, booties and a Whoville-inspired hat — to accommodate the infants in their care, who range in weight from two to 14 pounds. One of the early volunteers, Janet Bradshaw, reviewed the pattern and put it into a format that would be familiar to those who crochet.

“I’ve been crocheting for over 45 years. My grandmother taught me,” says Janet. “I’m always looking for opportunities to help out, and I have a big soft spot for babies. I’m always watching for an opportunity to do something for families in the NICU. I’ve made four sets this year.”

A pile of sets delivered to the team

This year’s sets had to be received by December 10 so they could be quarantined for 14 days to keep the babies and families safe. The Misericordia NICU needs 21 sets.

Janet hopes the group crochets different projects throughout the year. “I’d love to have every baby in a NICU in Edmonton receive a handmade hat or blanket or something to help make their families feel special no matter what time of year.”

Sharon has even bigger hopes for the group.

“My hope is this group will grow into something that supports NICUs across Alberta,” she says. “If we have enough crocheters, we’ll be able to reach out to other NICUs and offer them crocheted gifts.” 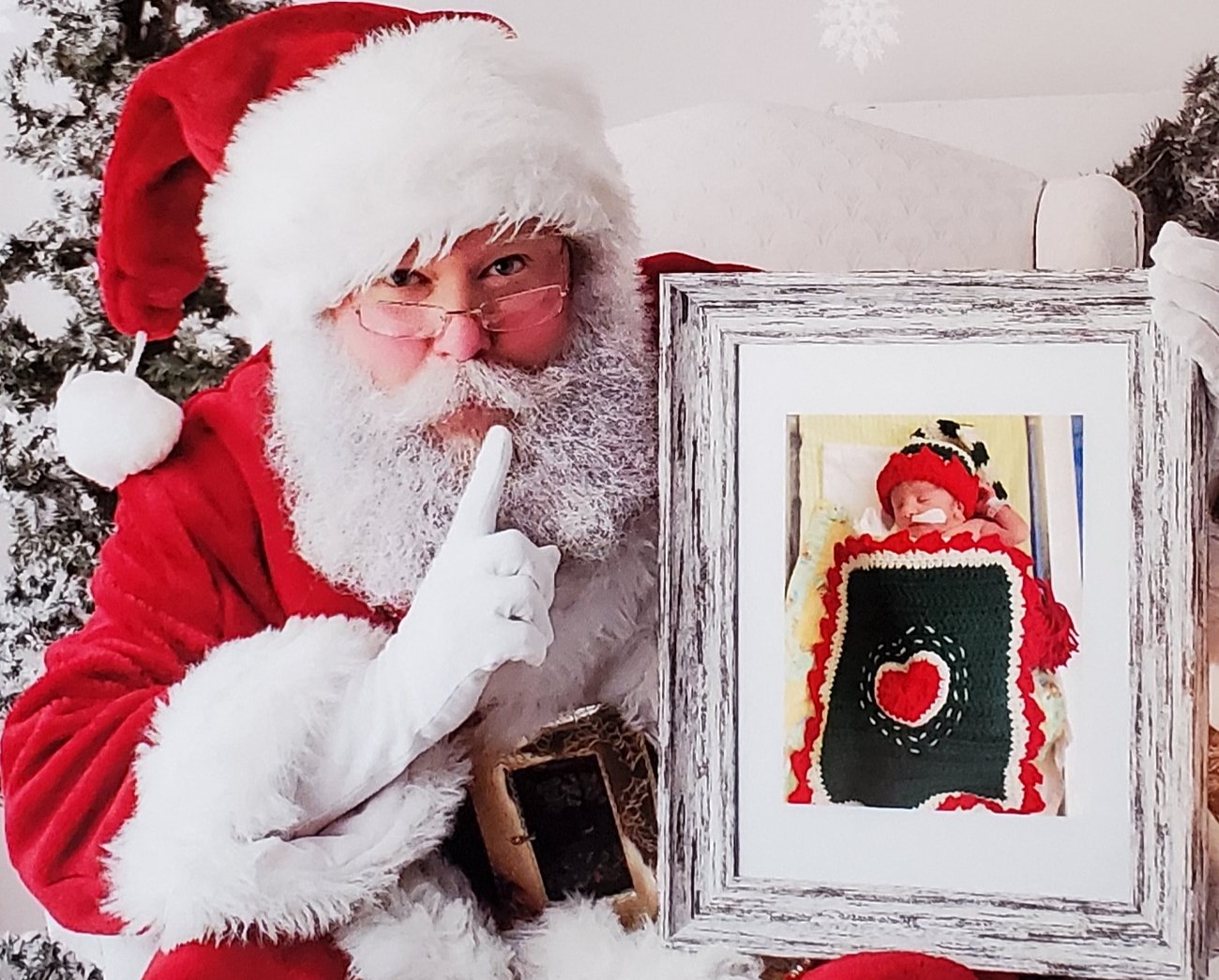 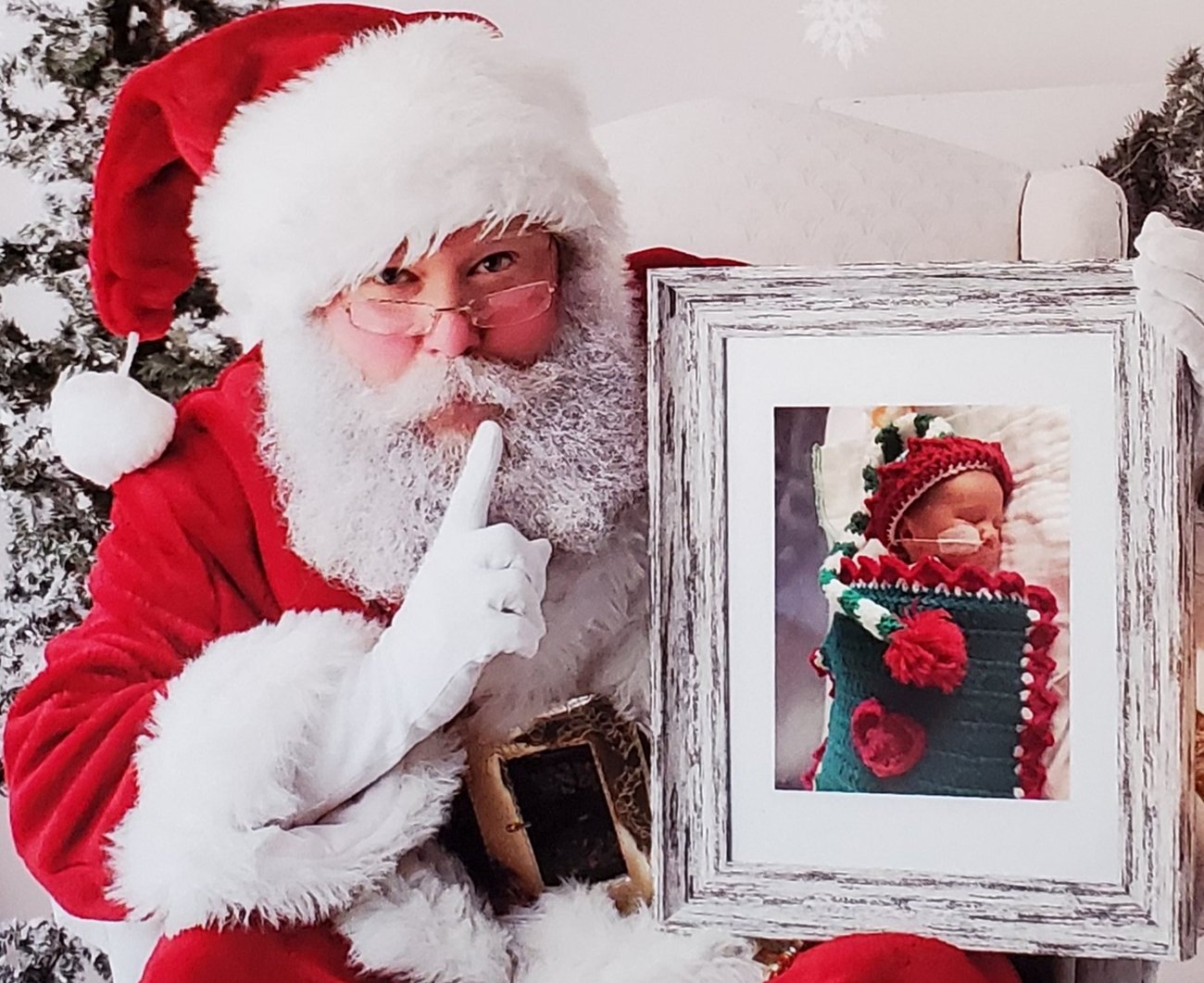 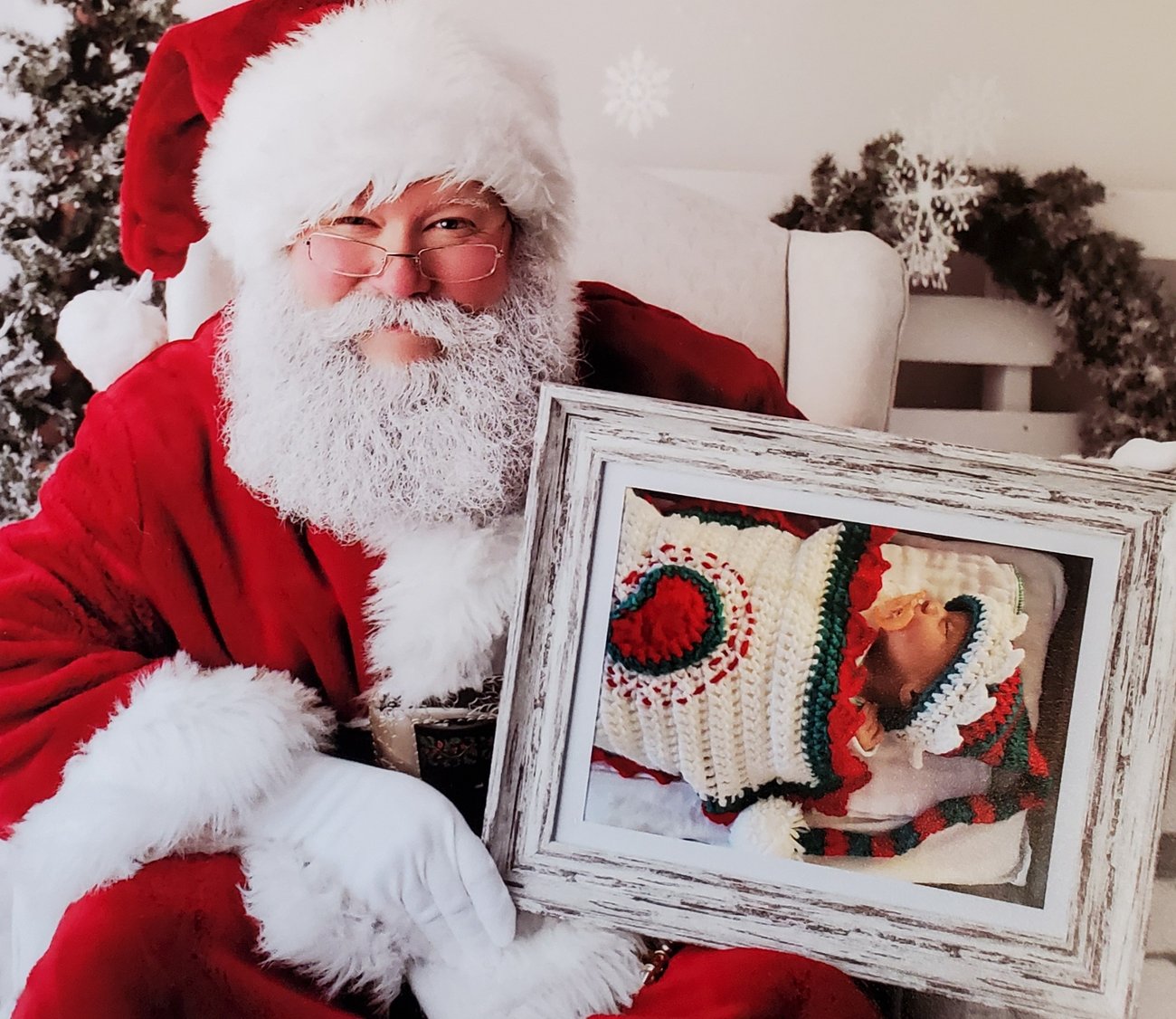 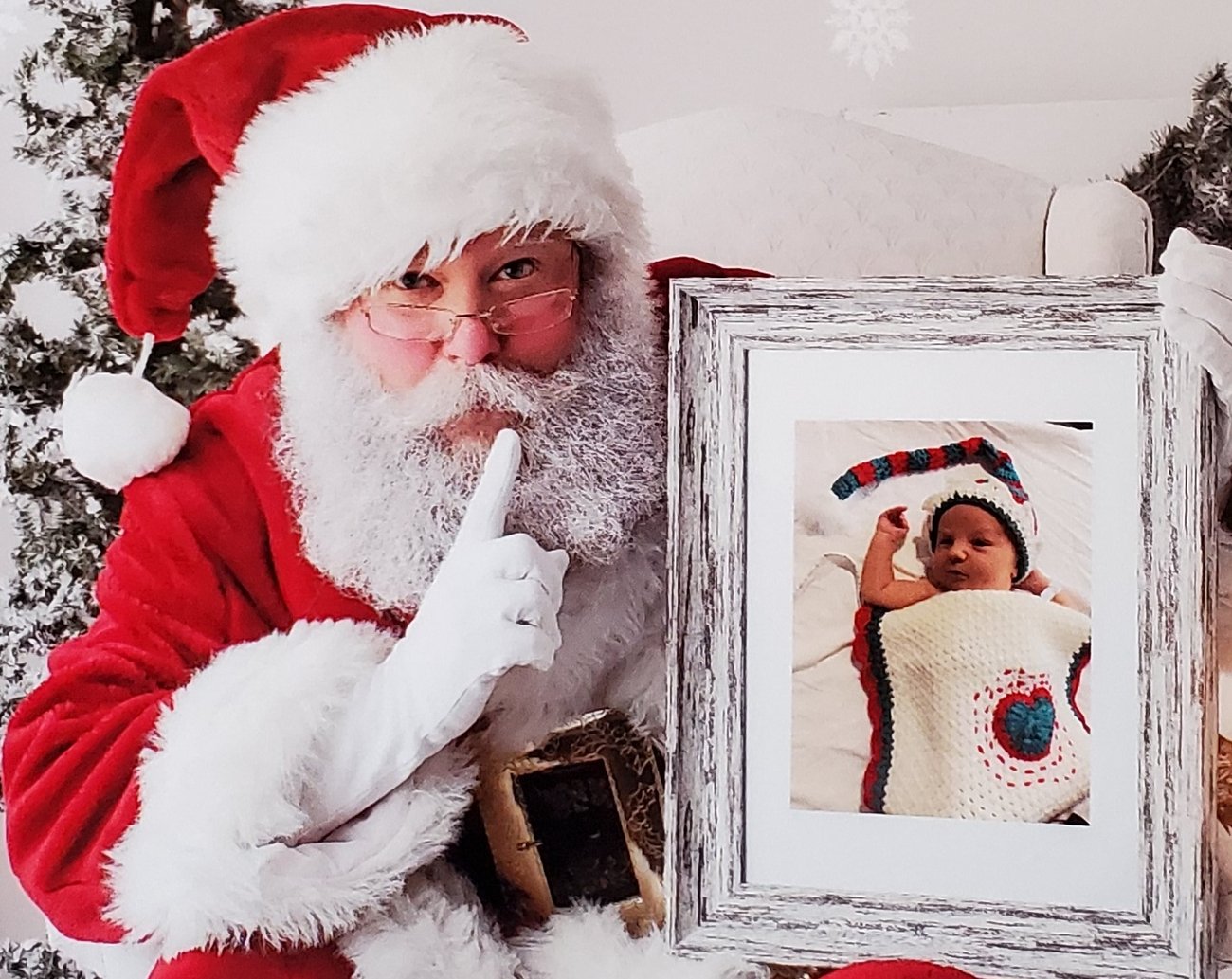 Santa with a picture of Eli Hochachka 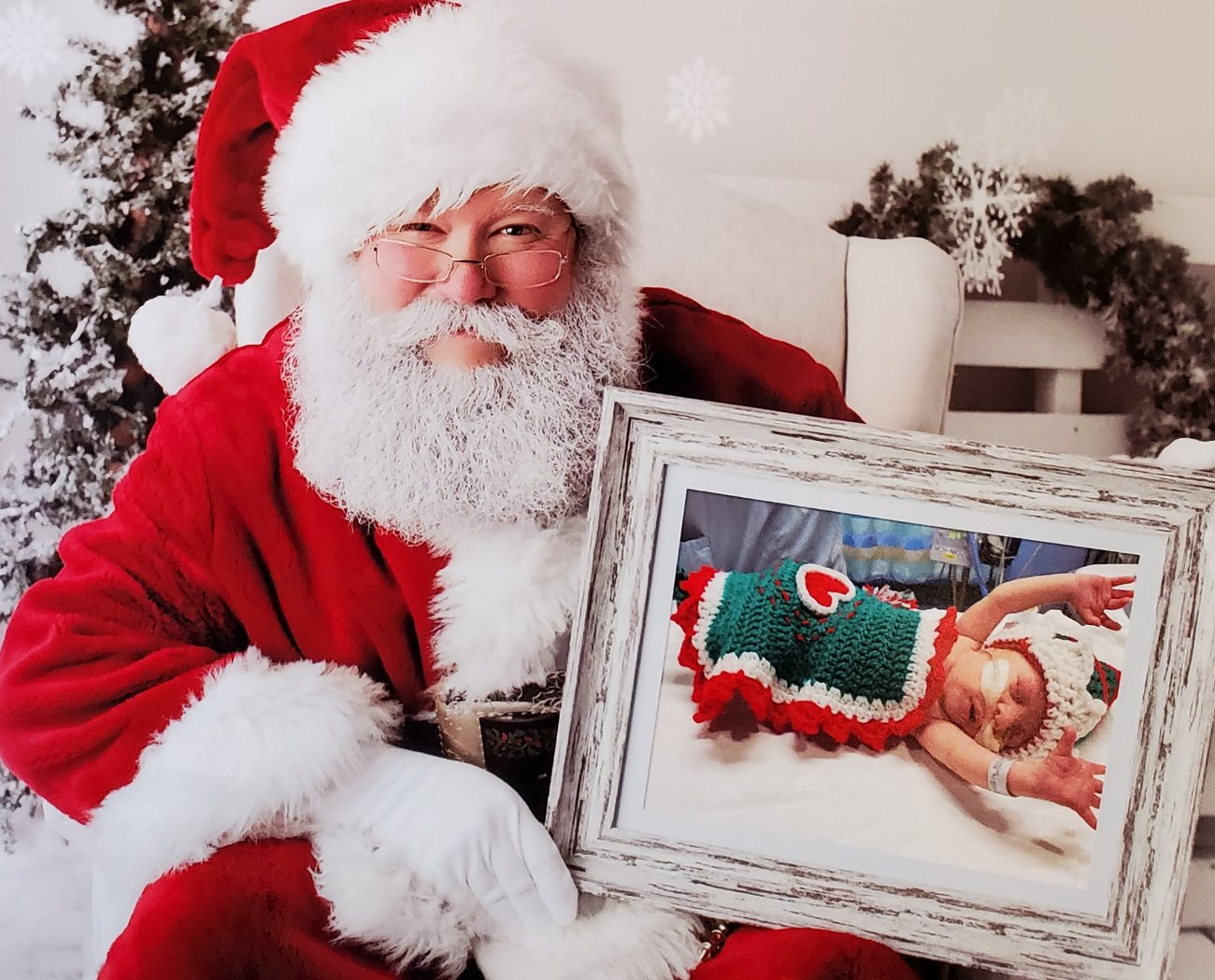 Joseph Tkahcuk stretches in his photos with Santa 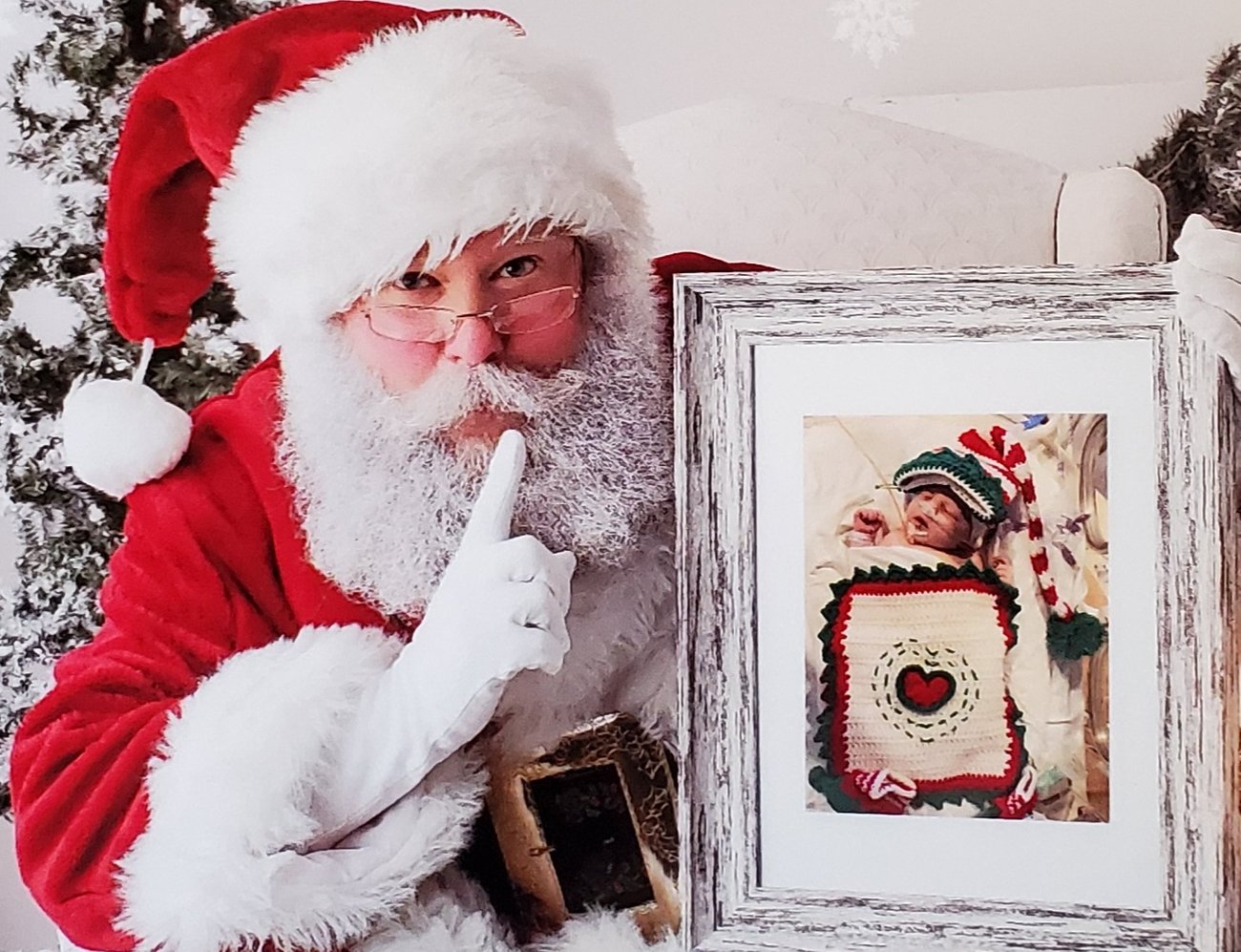 Santa is showing off a picture of Logan Scott 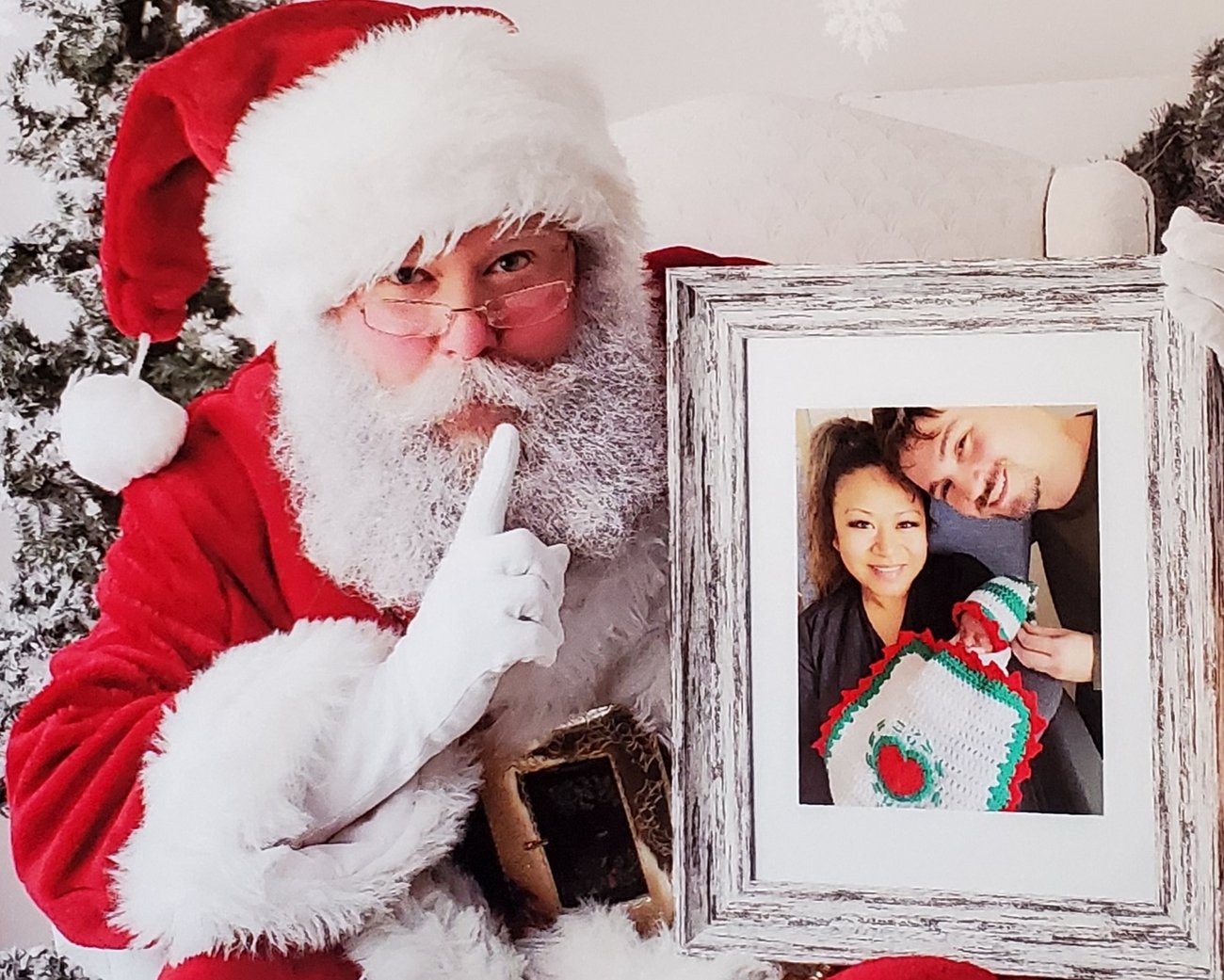 Mateo Pate and his parents in a picture with Santa 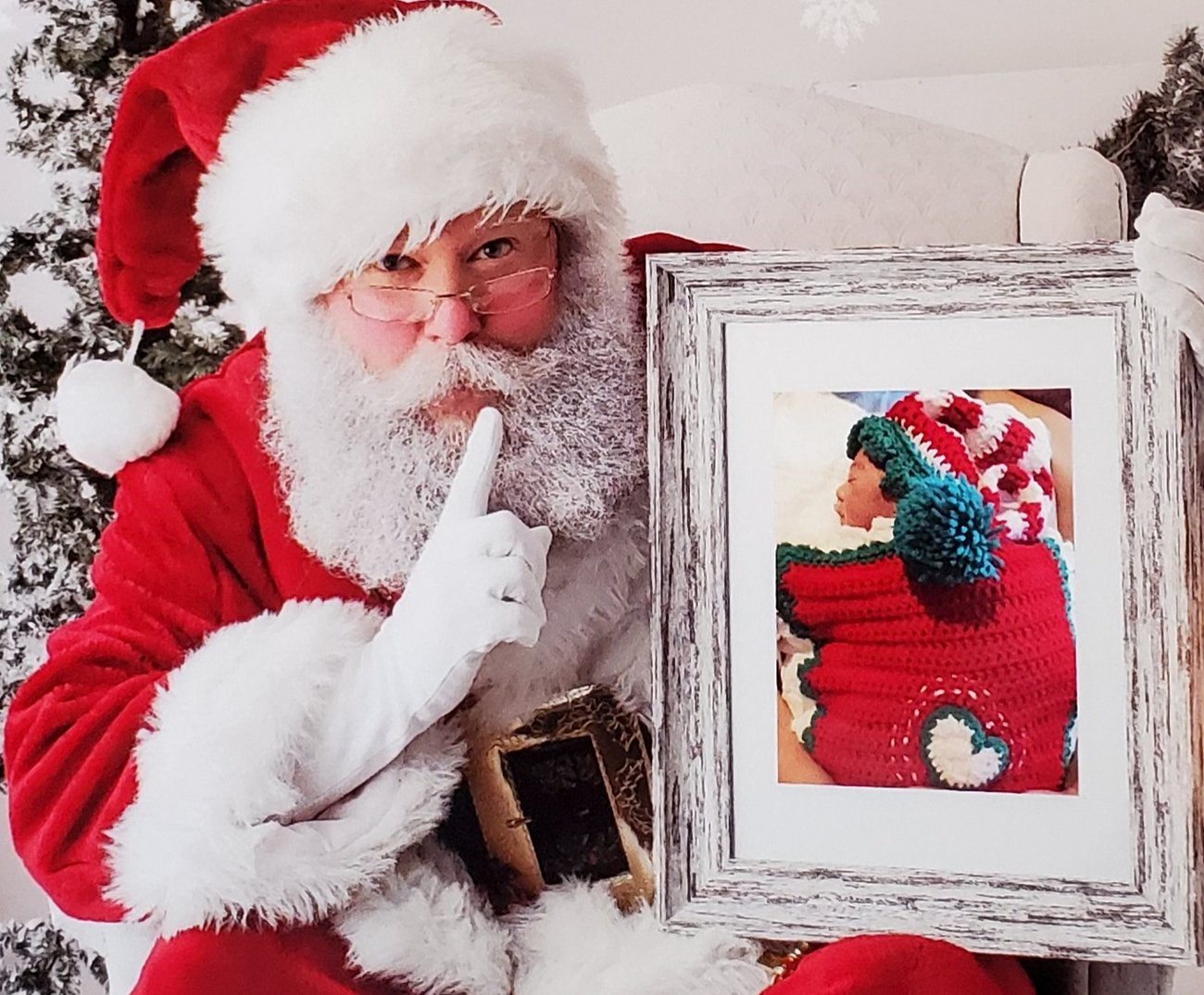 Michaela Mendoza in her Whoville set with Santa 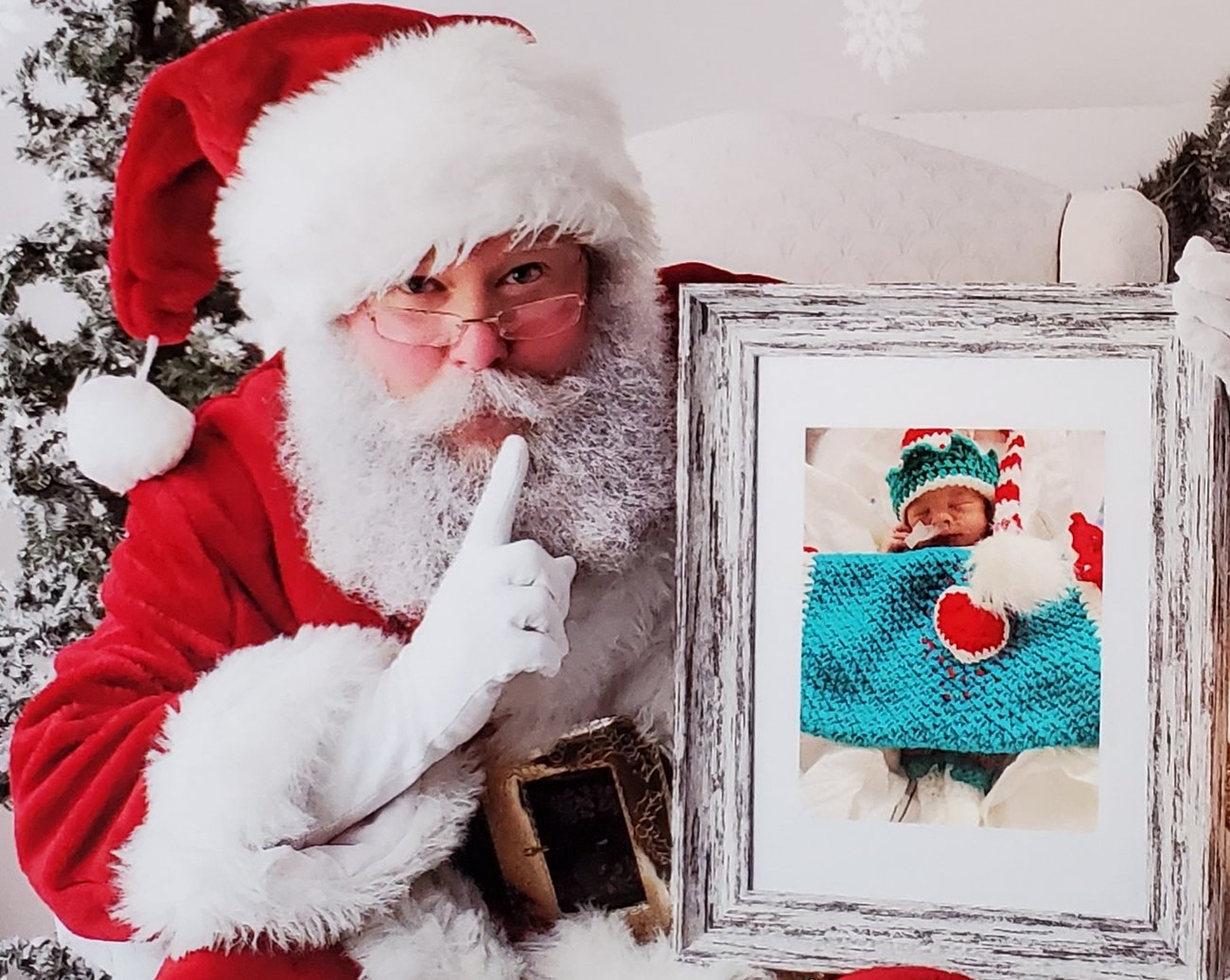 Nahum Lensing shows off his Whoville set to Santa 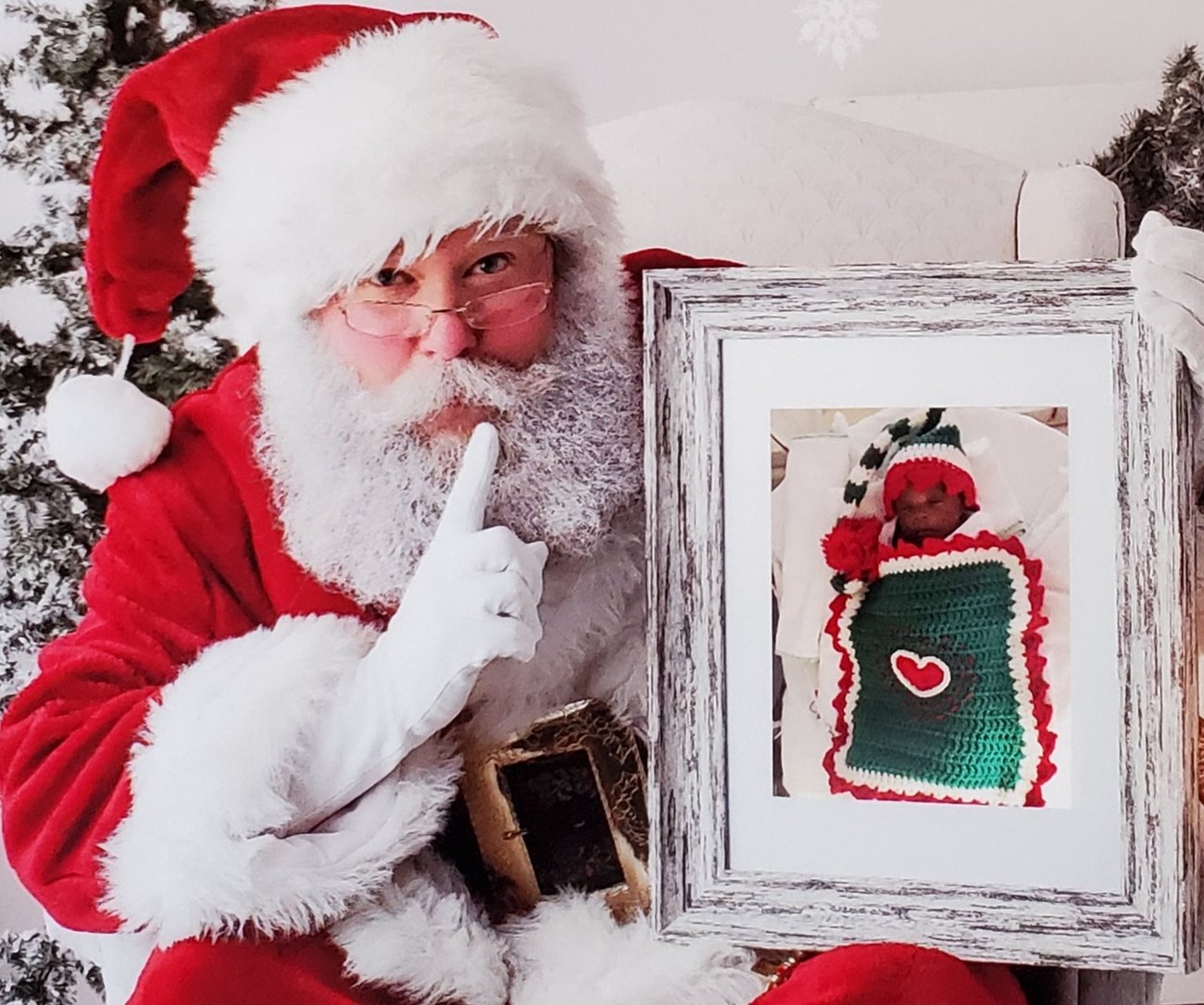 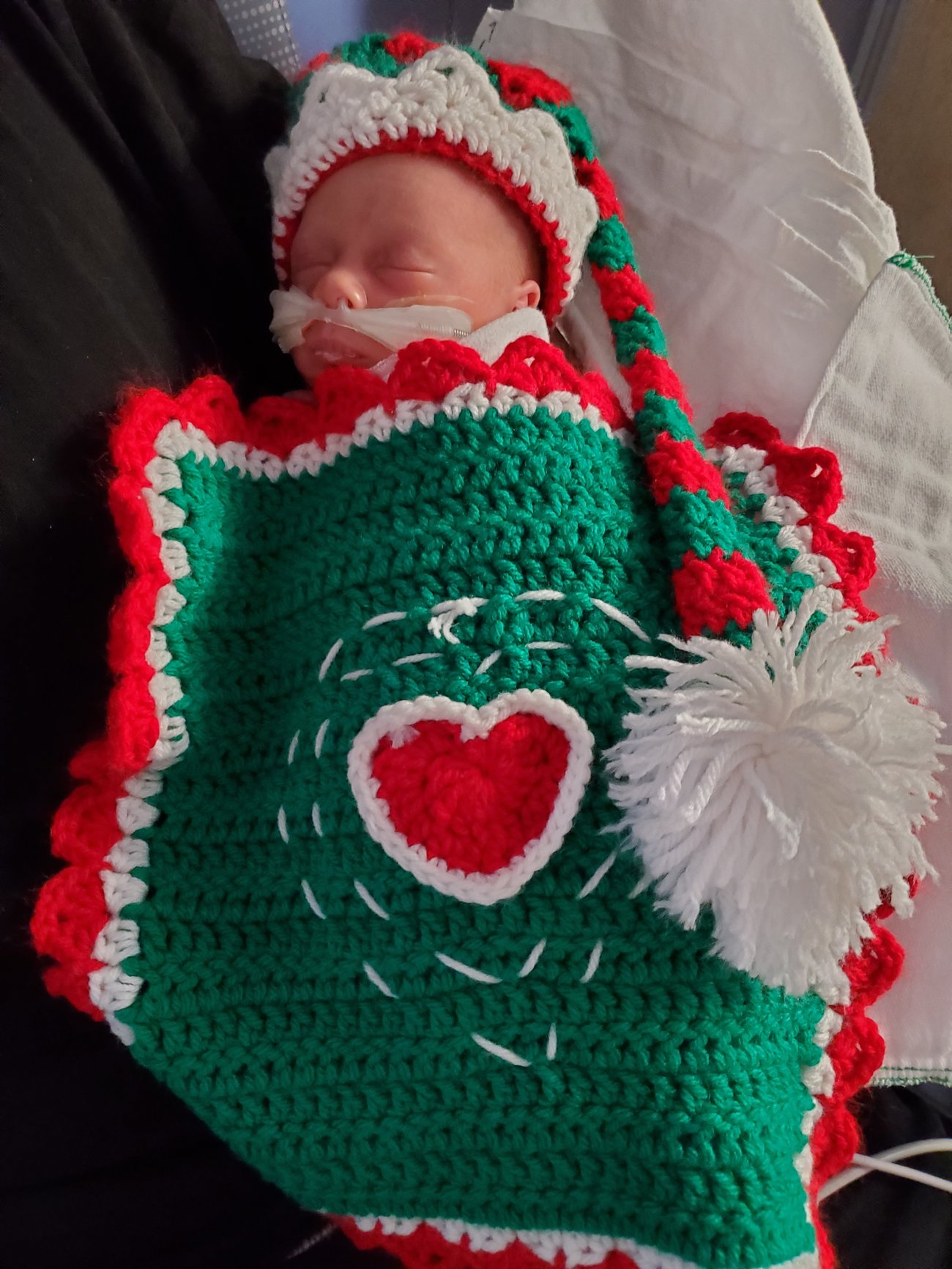 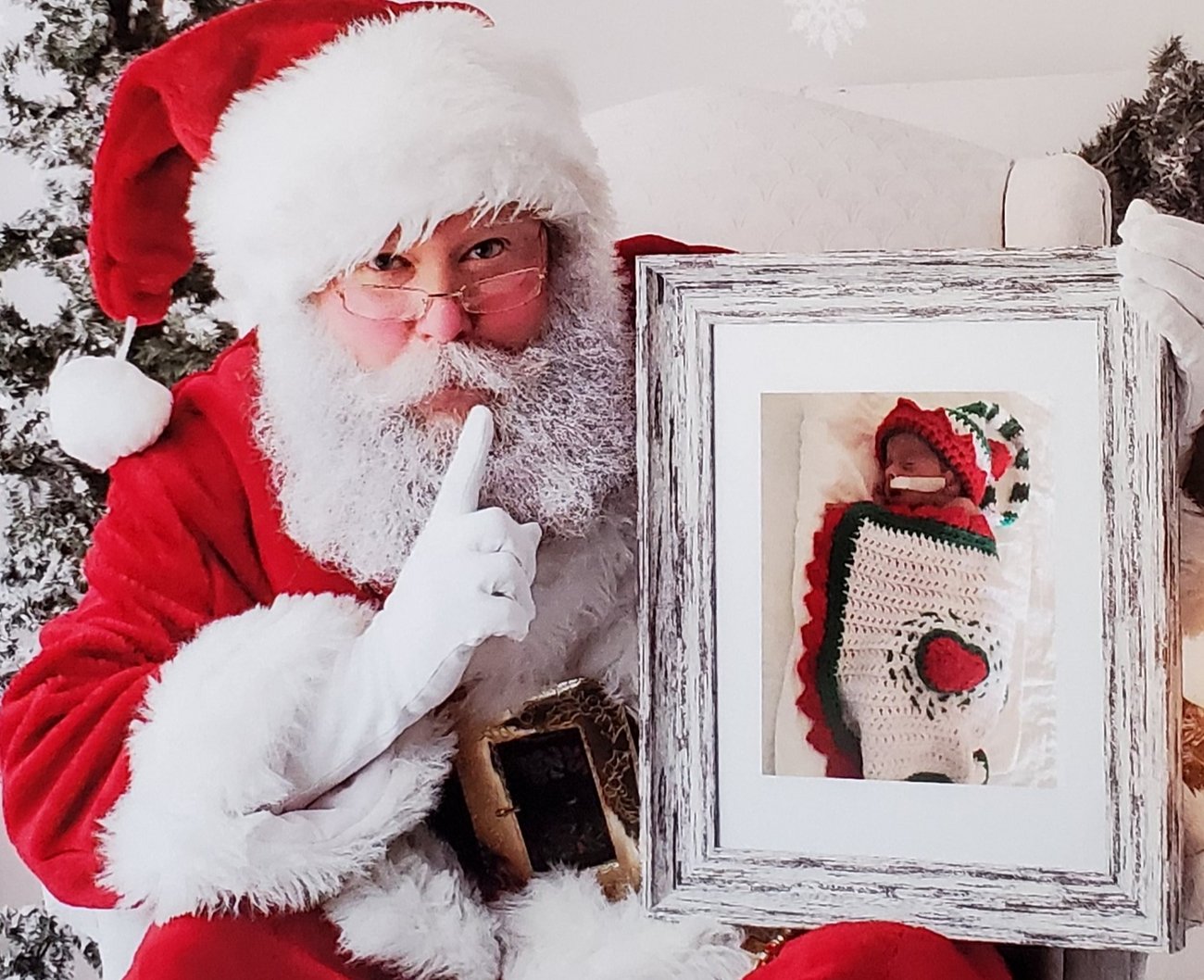 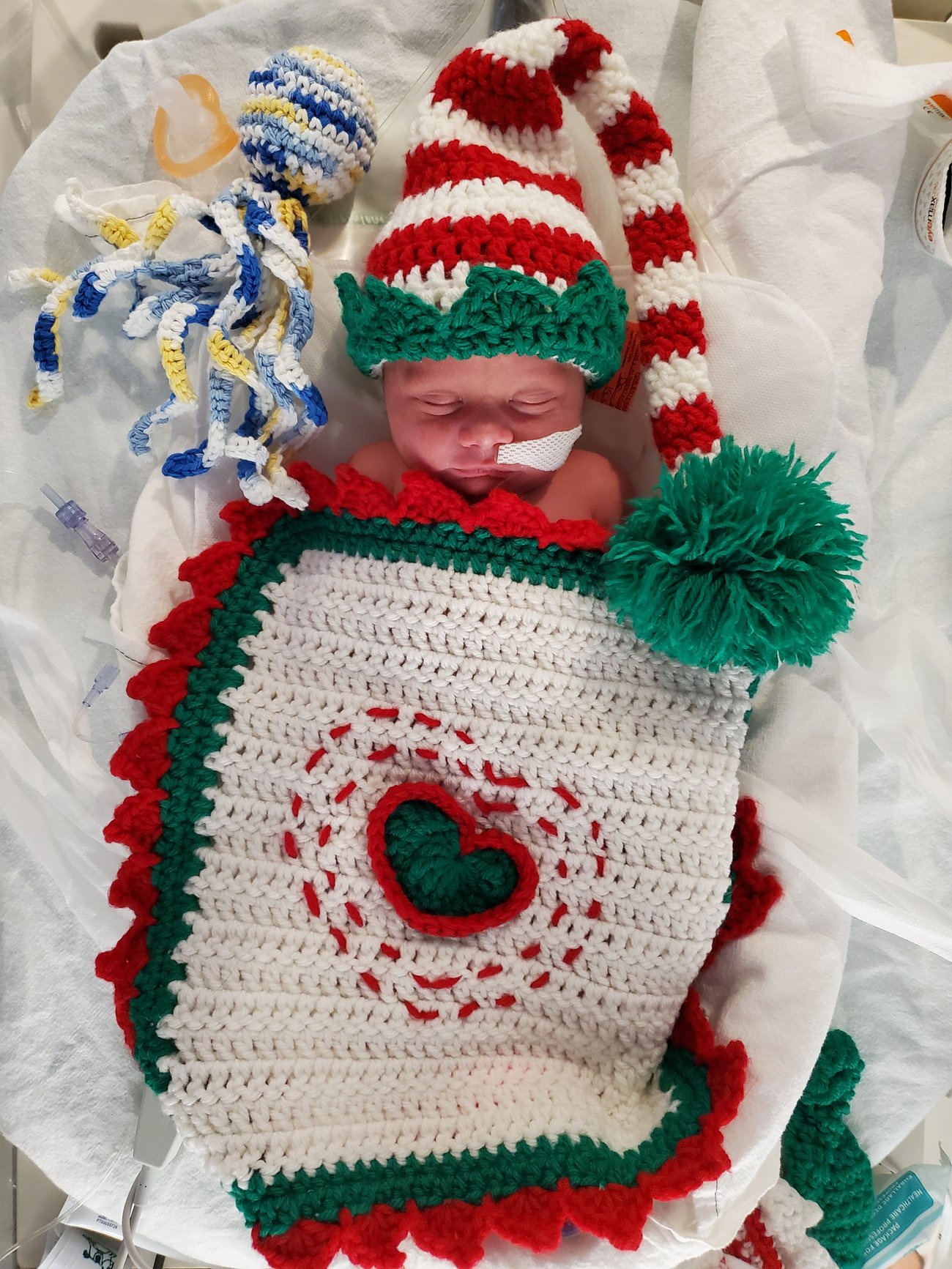