When you’re working on the front lines of a global pandemic, a gift of gratitude like a mug filled with candy can be enough to make you cry.

A team representing paramedics, firefighters and police officers dropped off 150 goodie bags at the Misericordia Community Hospital emergency department (ED) this week to welcome back redeployed frontline staff as well as thank those who remained to care for patients after a full facility COVID-19 outbreak.

Paramedics Crystal Marriott and Bill Hilton assembled the packages and organized the delivery. Crystal suggested finding a way to show their ED colleagues they missed them on behalf of other frontline staff from Emergency Medical Services (EMS), Edmonton Fire Rescue Services (EFRS) and the Edmonton Police Service (EPS).

“We wanted to do something that was representative of all the interagencies,” says Crystal.

Bill and his daughter designed the mugs, which picture a range of frontline roles along with the slogan Together We Stand. Crystal says everyone plays an important role in the pandemic response, from physicians and nurses to janitors and registration clerks.

“There’s so many different components of it that we wanted to make sure everybody was included and everyone knew that we were thinking about them.”

There were tears as the uniformed convoy bearing gifts walked through the sliding doors.

“Everyone was pretty emotional,” says Jessica Fryk, interim program manager for emergency. “We are humbled by the amount of support that we received following the outbreak and temporary closure to new patients at the Misericordia. We are touched that EMS, EPS and EFRS each contributed to this thoughtful gift and took the time to make this special visit.”

Jessica says Misericordia ED staff took a collection early on in the outbreak so they could buy gift cards for staff at other sites to say thank you for helping with the workload. Now they’re grateful to be able to support the zone, their patients and the community by relaunching services.

What Crystal expected to be a small gesture grew as they invited frontline responders from EMS, fire and police to chip in for the cost of the goodie bags. They raised more than $1,400 in two weeks.

“It just goes to show that we support each other at the end of the day, no matter what.”

Registered nurse Douglas Newby says it was meaningful. He was one of the staff who continued to work at the Misericordia throughout the shutdown, caring for the most urgent cases when patients could not be redirected to other emergency departments. He says it was both difficult and encouraging to see their colleagues take on extra work during the outbreak.

“It’s really kind to think that they still have our back,” says Douglas. “It’s an incredibly kind gesture from EMS, fire and police to let us know that they were thinking about us and welcoming us back.” 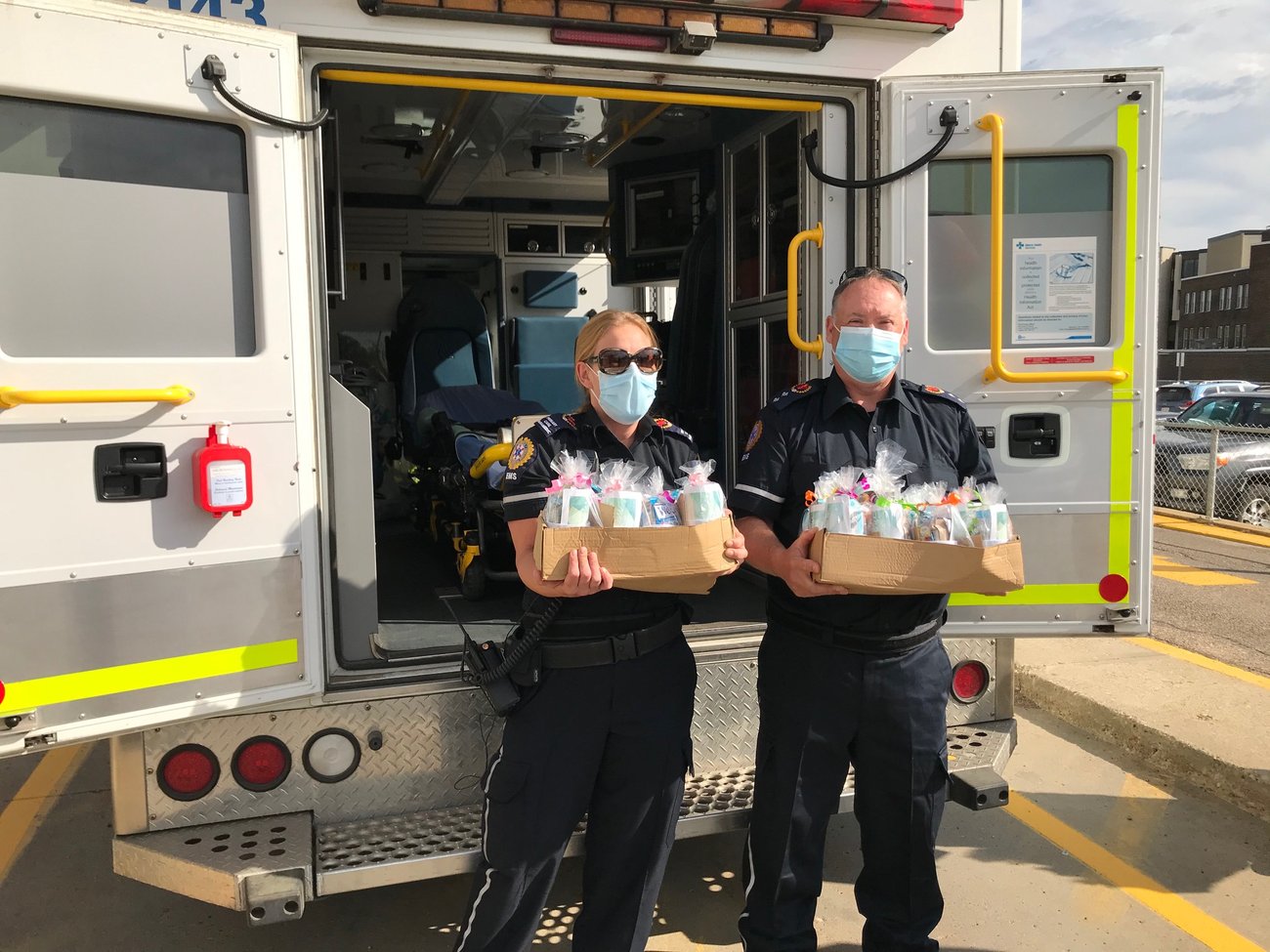 Paramedics Crystal Marriott and Bill Hilton organized the Together We Stand packages. 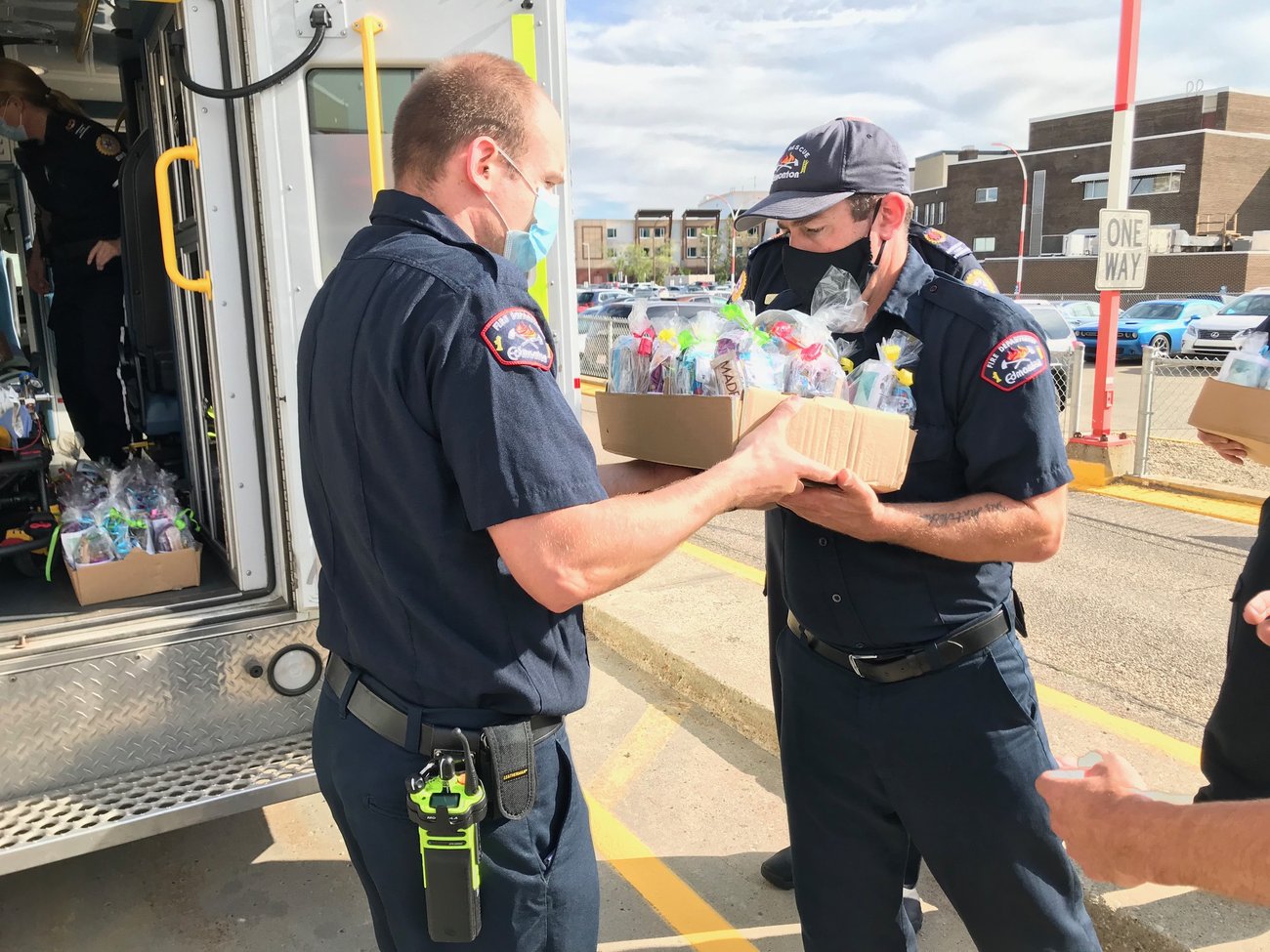 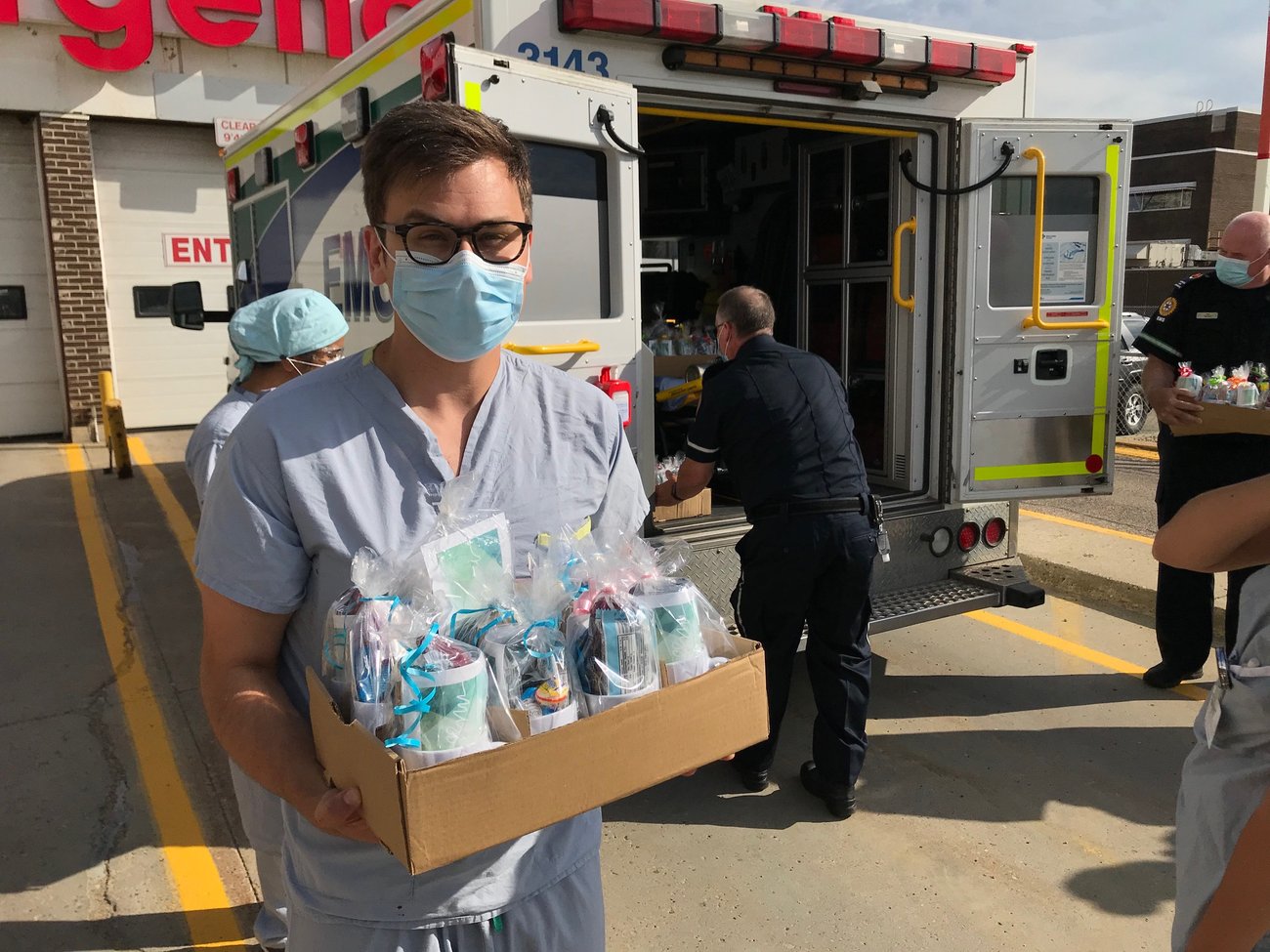 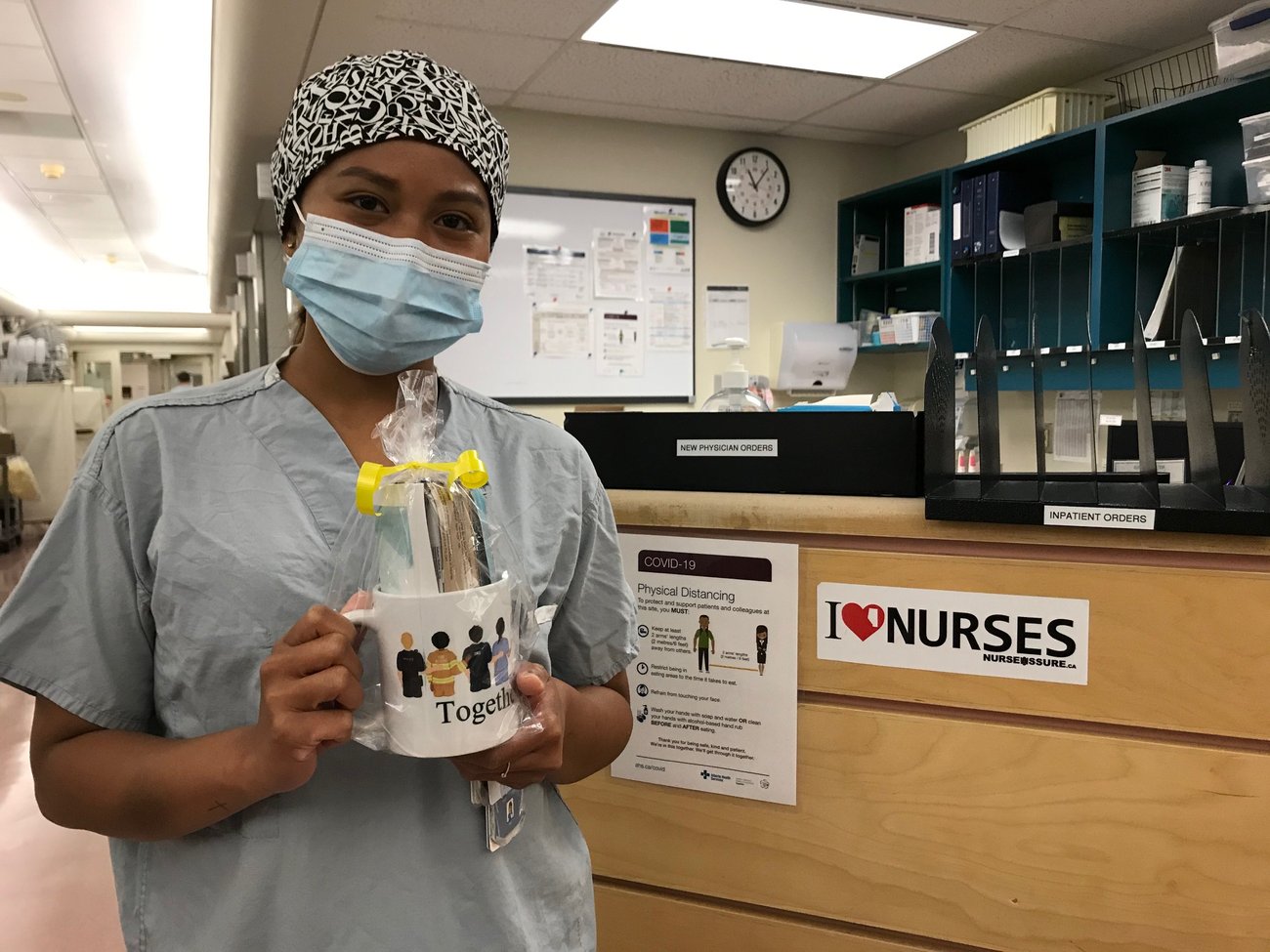 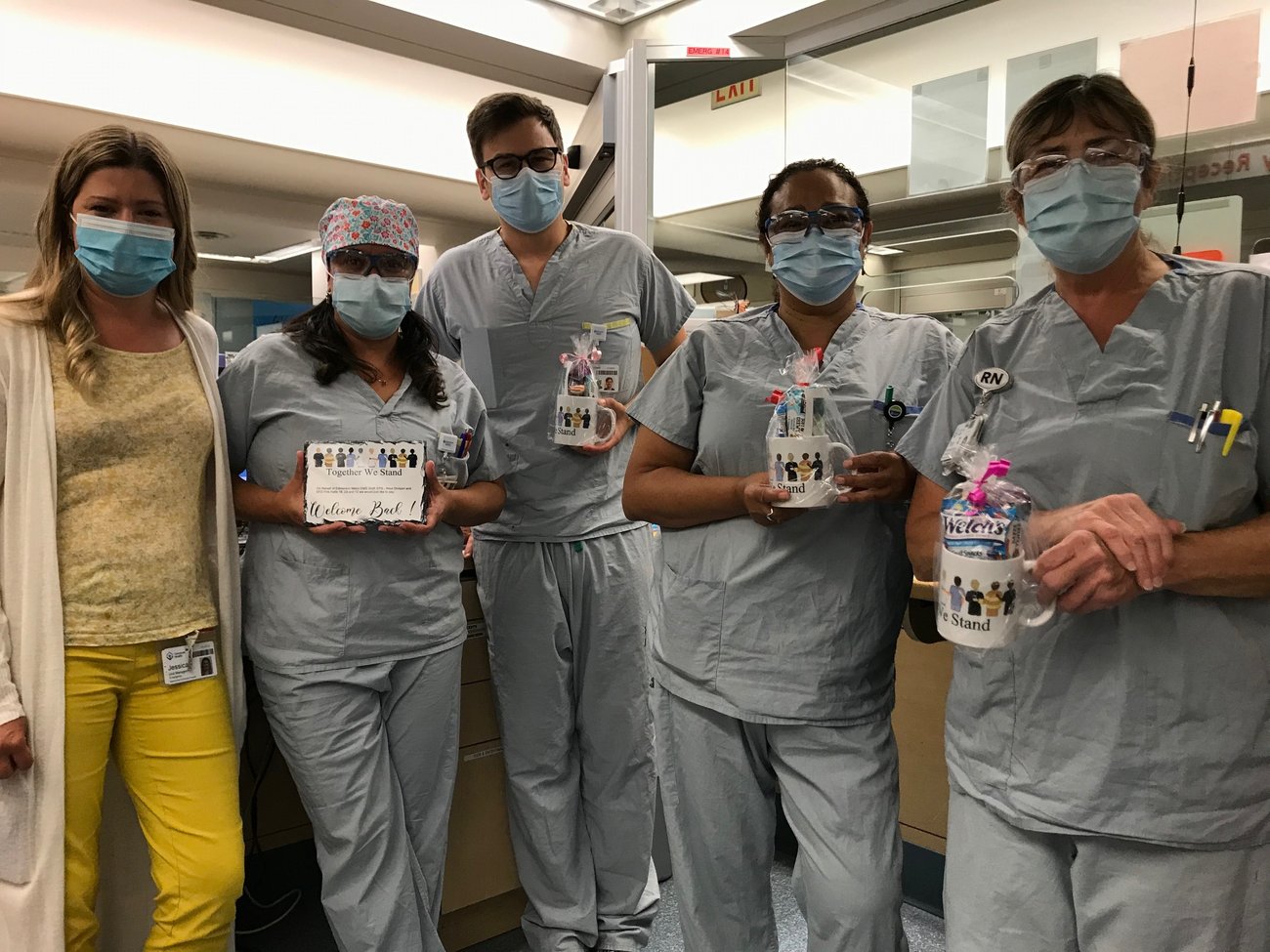 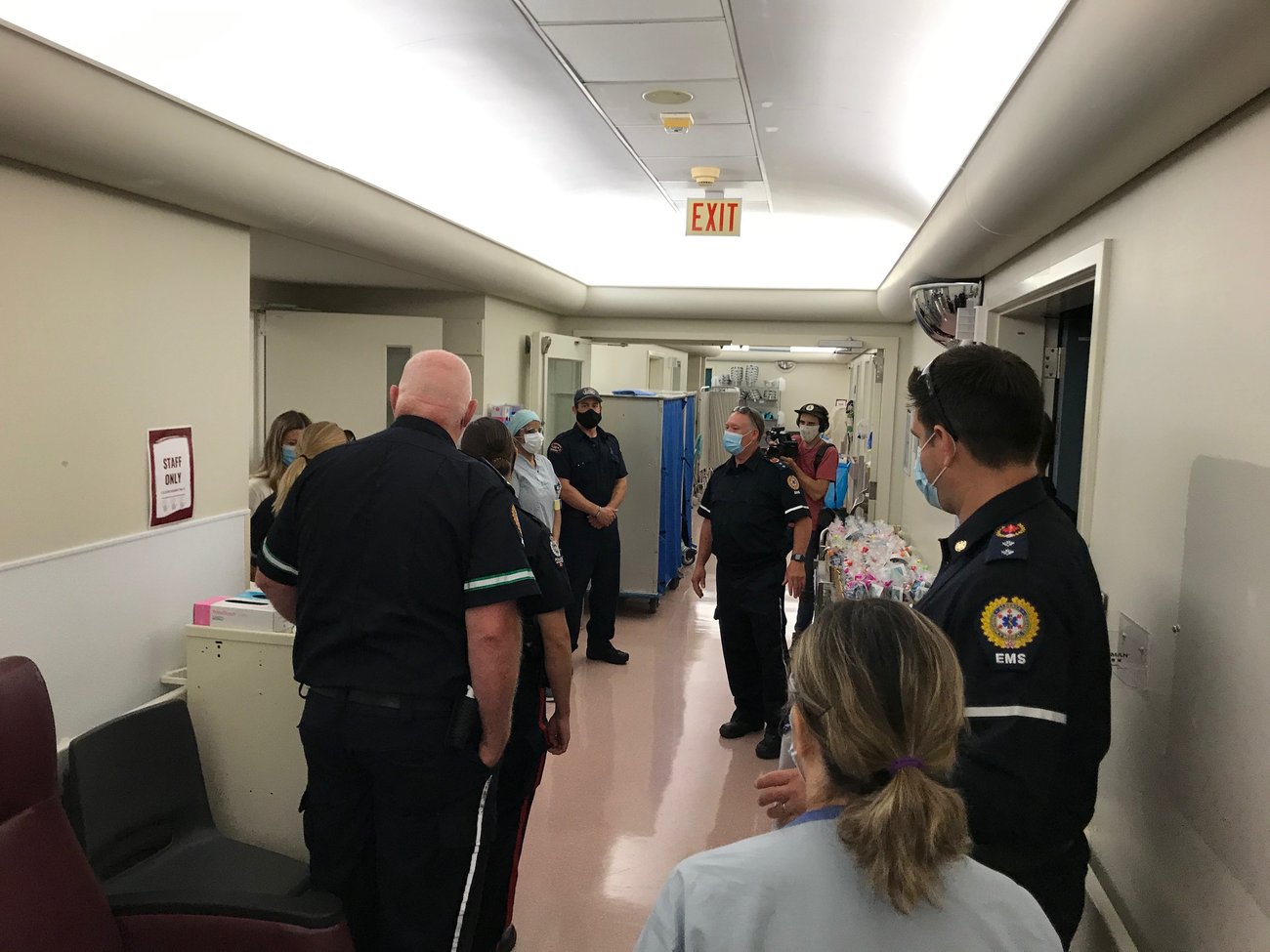 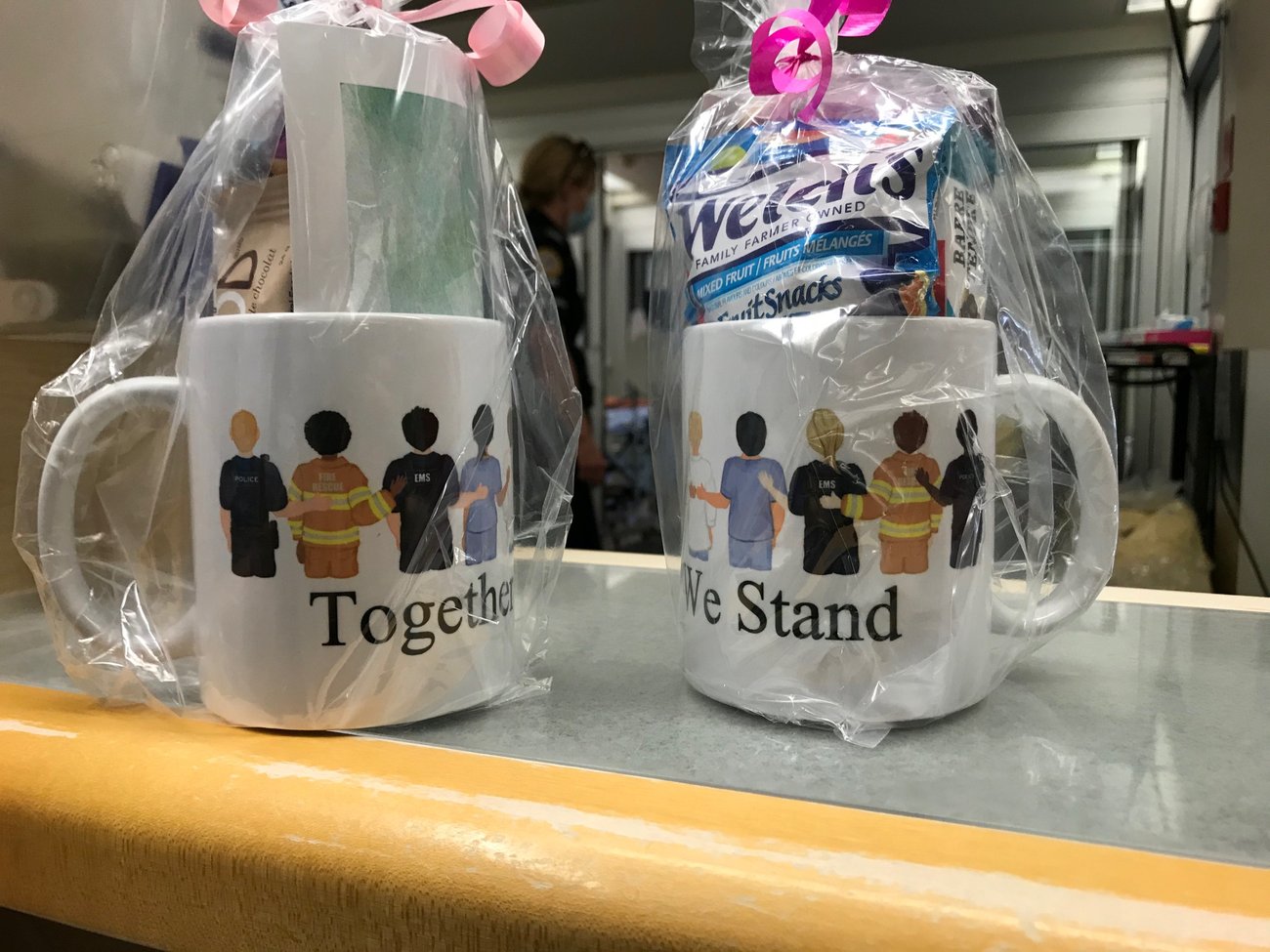 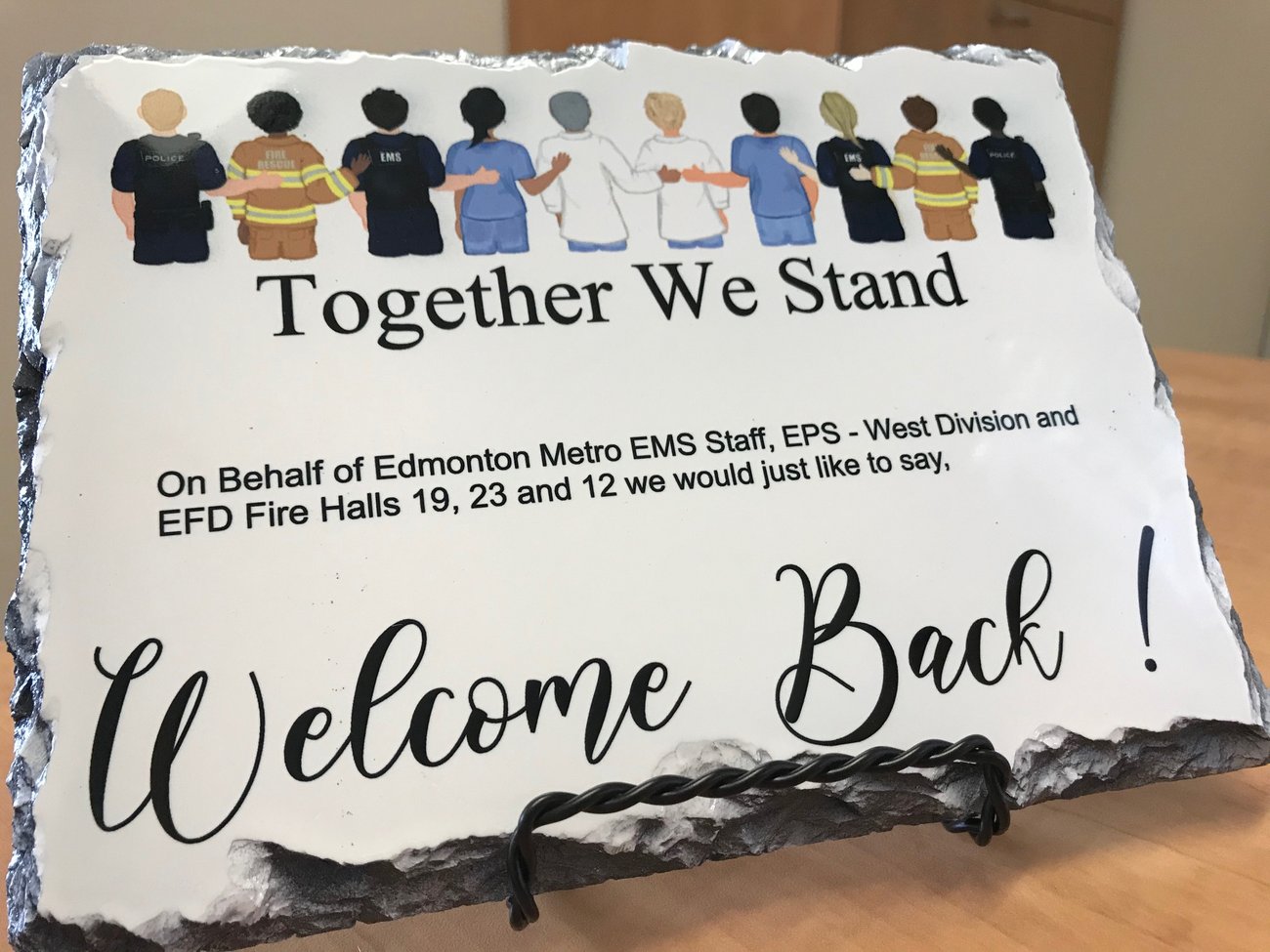 Registered nurse Nhoresa Solis was among those redeployed to help at other sites that were seeing an increased volume of patients. She worked at Grey Nuns Community Hospital and says she felt welcomed and supported. But she’s glad to be back at the Misericordia and is moved by the show of support.

“It makes you feel teary, to be honest. I feel appreciated, especially when we’re contributing to surviving this pandemic.”

Nhoresa says it’s not just healthcare workers who have a role to play in the pandemic.

“Everyone’s a frontliner. Everyone has a responsibility to wear their mask and socially distance themselves from others. We all play a part, not just the healthcare workers, not just the EMS or EPS. Together we stand.”