Paul Theillen and Marlene Armstrong just returned from their honeymoon. Like most honeymooners, they’re smitten with each other. What's different is that they're 79 and 80, respectively.

Paul and Marlene met at Martha’s House, an assisted living facility operated by Covenant Living in Lethbridge. Paul moved to the facility with his first wife, Violet, in 2014, and Marlene, a widow, arrived in 2018.

While Marlene didn’t know much about Paul when she moved in, she learned that his wife was ill, and like other residents, she supported him with day-to-day pleasantries as their paths crossed in places like the common dining room or at Happy Hour on Fridays.

“After my wife passed away, we talked a little, I guess,” says Paul. “We were both looking for companionship.”

“But unknowingly,” says Marlene, who had believed she was content living on her own.

For their first date, Paul invited Marlene to see the Christmas lights at the Japanese Gardens in Lethbridge.

“He said, ‘How about tomorrow night? I’ll have the chariot at the front door at 6 p.m.,’” Marlene says.

It had been so many years since Paul had had a first date that he'd forgotten whether to give flowers or wine or chocolate, says Marlene.

So he gave her all three: a little bottle of liqueur, a Twix chocolate bar and a corsage.

“He held my hand,” Marlene says. “And that was very, very special for me. It was just beautiful.”

It was Paul who proposed, and Marlene joyfully accepted. They were married at All Saints Roman Catholic Parish in August 2019. Marlene’s only grandson and granddaughter walked her down the aisle, and when the couple returned to Martha’s House for the Friday Happy Hour, everyone was there to help them celebrate.

Paul and Marlene held their wedding at All Saints Roman Catholic Parish.

“When we walked in, it absolutely took my breath away,” says Marlene.

“There were flowers everywhere,” says Paul.

“Almost everybody here came down,” Marlene says. “Everyone was so happy for us! It was just wonderful.”

Carla Koyata, site manager, and her staff assisted with the wedding celebration, and one of the residents played Will You Love Me When I’m Old?, a favourite song, on the accordion.

“We were able to have a first dance!” says Marlene.

Paul and Marlene enjoy their first dance as a married couple.

“The staff and I flew into action the day they shared that they were getting married and would be surprising the residents by celebrating with them at our weekly Happy Hour,” says Carla.

These days, the couple live together in a suite at Martha’s House. They watch hockey, and when the weather is warm, they golf — both things Paul is proud to have gotten Marlene interested in. They also spend lots of time travelling around Alberta visiting Paul’s extended family.

“I have nine sisters who all produced well,” he laughs. Paul also has two daughters, six grandchildren and six great-grandchildren. He and Marlene spend lots of time on the road so Marlene can meet everyone and get acquainted.

“I definitely wasn’t thinking anything like this at all,” says Marlene about choosing to move in to Martha’s House. It never occurred to her that she’d meet a man there and marry again.

“Paul and Marlene are a beautiful couple,” says Carla. “Their zest for life and love for each other shine from both of them every day.” 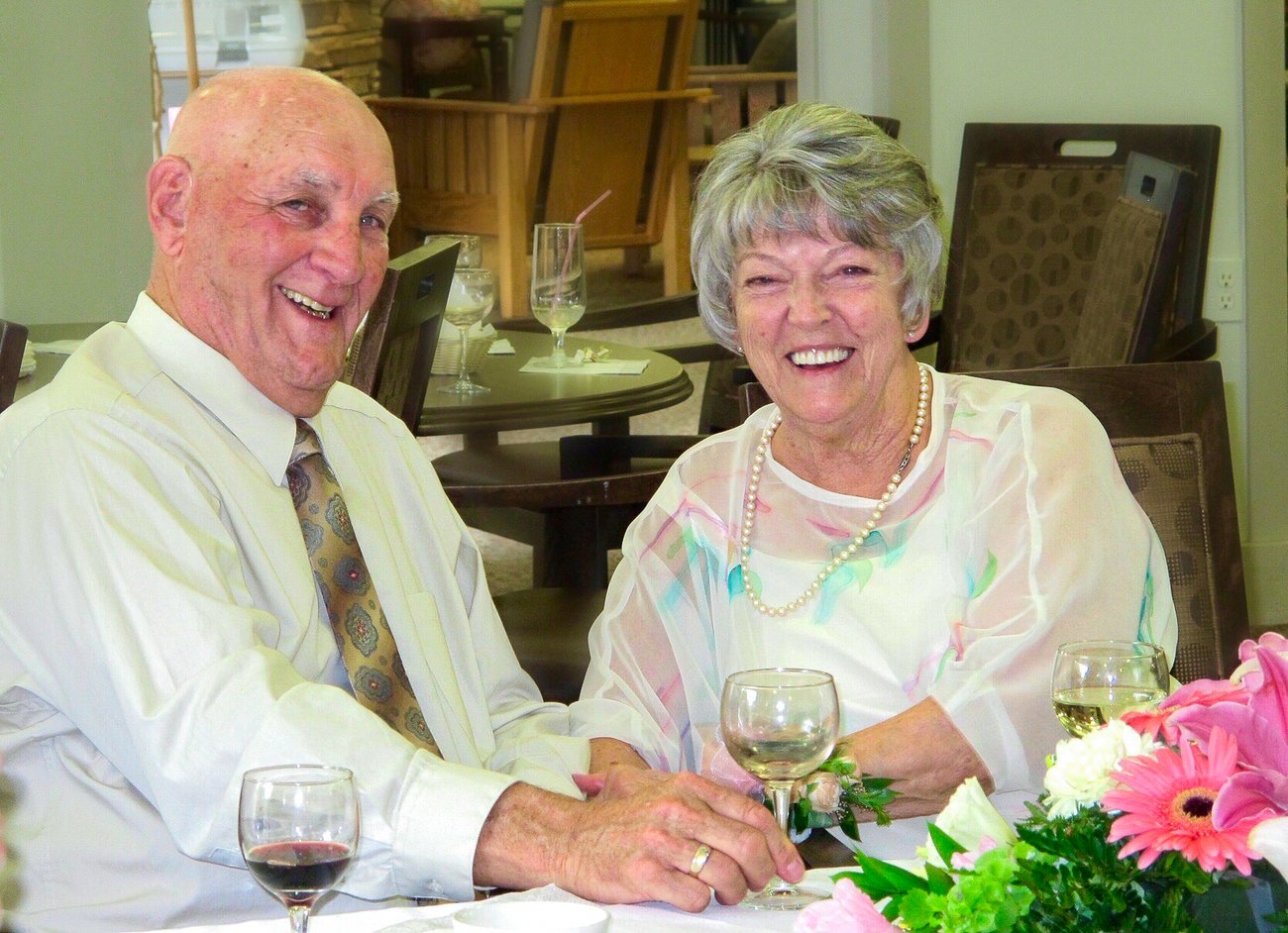 The newlyweds celebrate during Happy Hour at Martha’s House. 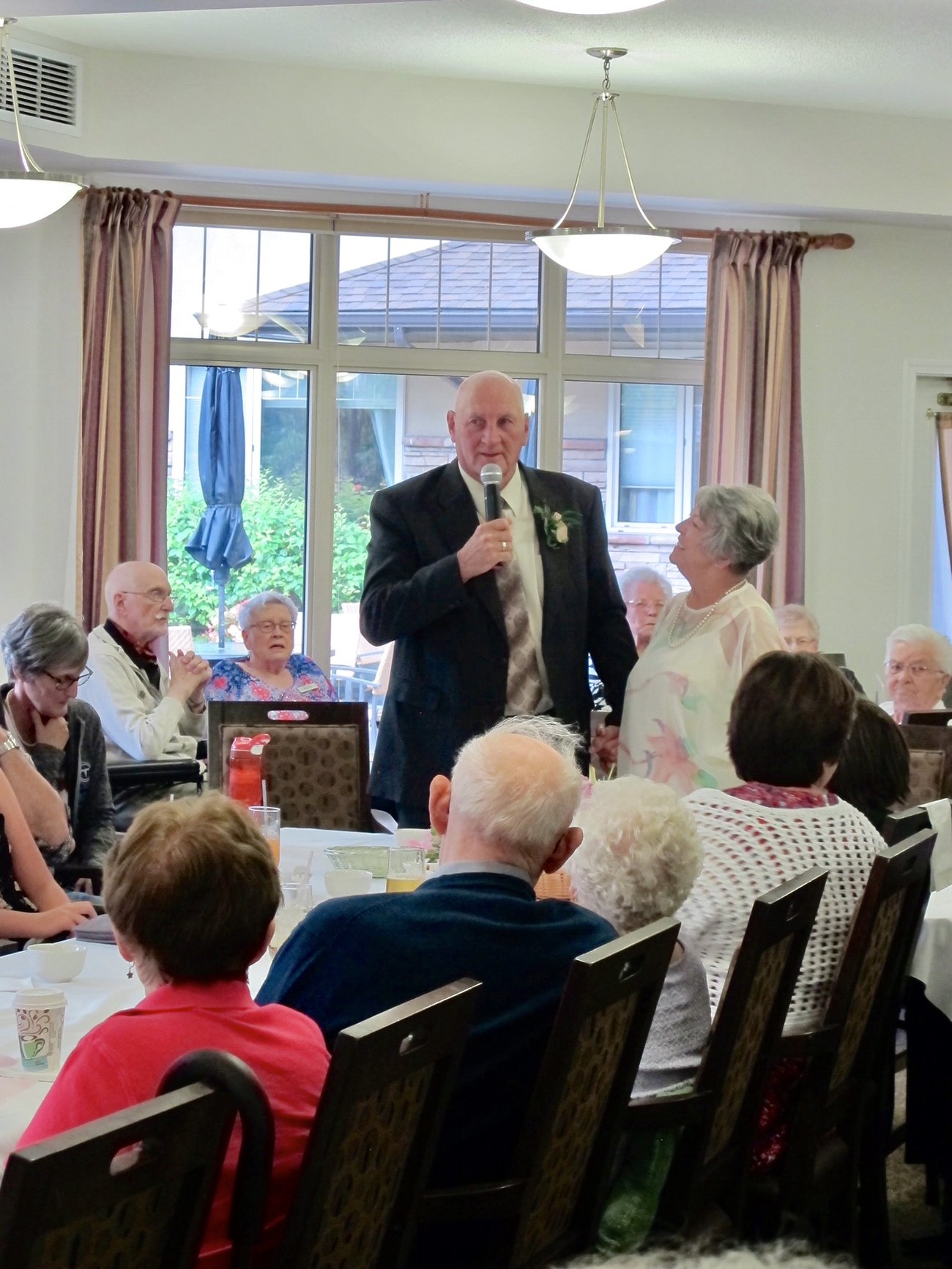 Paul and Marlene say a few words to their friends and fellow residents. 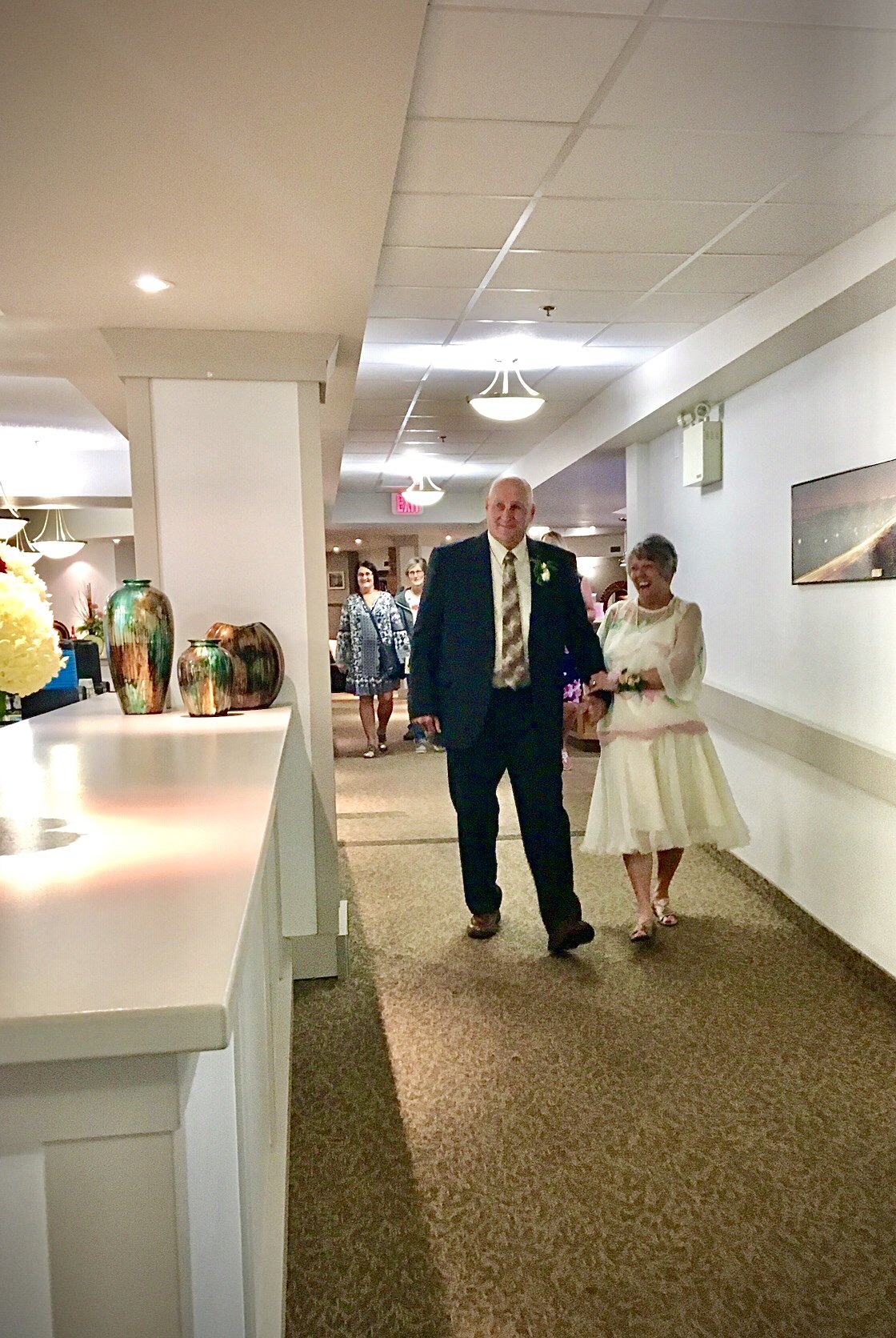 Paul and Marlene return to Martha’s House for the first time as husband and wife.
Rosemary Malowany, Corporate Lead, Misericordia