Dr. Mel Miller, an Edmonton physician whose influence, leadership and diplomacy helped pioneer a new approach to palliative care, died recently at the age of 90.

Mel was a family doctor in Edmonton for three decades before taking on a role as a full-time palliative care physician at the Edmonton General Hospital in 1989. He was part of a team, led by the visionary Dr. Eduardo Bruera, that conducted groundbreaking research, offered palliative care training to visiting physicians from around the world and advocated for a transformational, regional approach to palliative care in Edmonton.

Mel was 30 years older than most of his closest colleagues, and his experience and connections helped make their dreams a reality.

“We were very young and enthusiastic and idealistic, and Mel was the stabilizing force,” says Dr. Robin Fainsinger, facility chief for palliative care, Grey Nuns Community Hospital. Robin took the first palliative care training position at the Edmonton General in 1990 and spent the next year learning from Mel. A year later, he was offered a job as an attending physician on the unit.

In the early 1990s, there were a lot of changes to health care, with greater integration across Edmonton and all of Alberta, and barriers were removed between acute and community care.

“It was a very disruptive time. And to those of us working in palliative care, we could see it was an opportunity. With Mel’s support, we went to organizational leaders and talked about the need to create a regional approach to palliative care development, not just do it piecemeal. And together, we came up with a vision to develop the community and acute care consult teams and the hospice palliative care units that we have now.”

Dr. Robin Fainsinger, Dr. Eduardo Bruera and Dr. Mel Miller gather at the desk in the center of the Edmonton General Hospital's palliative care unit in 1991.

Eduardo’s innovative ideas were not always met with enthusiasm. Karen Macmillan, senior operating officer at the Grey Nuns, was a research nurse and clinical nurse educator on the team at the time. She says Mel was a gentle, quiet kind man who had the ability to persuade reluctant administrators.

“Mel was the diplomatic elder statesman. He would smooth things over,” recalls Karen.

Mel’s son, Mark, says his dad was a great observer, which served him well as a physician, particularly in the latter years of his career.

“Dad was also a man of few words. He was a great listener. And then he would just drop something at the end of a conversation that would tie the whole thing up in a bow. Dad had a great 50,000-foot view.”

The training program soon attracted physicians from around the world. Mel became a fatherly figure to them. He taught them on the unit; he and his wife, Ollie, would host the newcomers for dinner; and he even helped some of the international students improve their English.

“Mel was a consummate clinician,” says Robin. “Those of us who were trained by Mel were constantly impressed and loved the way he spoke to people, how he communicated difficult messages and the skill he showed as a physician at the bedside.”

Mel’s expertise, character and bedside manner modelled an approach to palliative care that created global ripple effects as his trainees moved on to practice elsewhere or returned to their home countries.

“He really did leave a legacy,” says Karen. “There is a generation of palliative physicians literally all over the world that Mel has touched.”

“He was always available. He was very giving, very gentle, very kind,” says Karen. “Don’t forget this was 30 years ago, when things were very different and some physicians weren’t familiar with how to work as part of an interdisciplinary team. Mel led the way, and he was incredibly collaborative and really respectful of all the other disciplines that worked with us. Everybody loved to work with him.”

Mel’s inspiration to pursue a career in medicine resulted from a life-threatening lung infection he suffered in Grade 2. He spent several months in hospital and developed a special connection with a nurse and his physician. He graduated from the University of Alberta in the late 1950s and started a family practice in Edmonton with his wife, Ollie, a nurse.

Mel and Ollie were unable to have children, and they adopted six, two of them as teenagers. Mark describes their family as “Dad’s greatest achievement.”

Dr. Mel Miller as an intern in the Edmonton General emergency department with nurse and future wife Sophia Ollie

Mark says his dad was a quiet, humble man. After some 30 years of family practice and delivering what seemed like half the kids in Mark’s class, he was looking for a new challenge. And he found it in palliative care.

“Dad would always say, ‘Rare things happen rarely.’ To a certain degree, that was his battle cry,” says Mark. “And rare opportunities like helping to build a palliative care system was a once in a lifetime opportunity.”

“My dad would say, ‘Our job is to do anything we can to make this individual’s last weeks of life as comfortable as possible.’ Dad would say it was kind of like being the concierge at a fine hotel.”

“He brought to the field all the credibility acquired after many years of running a successful, ethical and caring family practice in Edmonton,” says Eduardo, now the chair in palliative, rehabilitative and integrative medicine at the University of Texas MD Anderson Cancer Center. “He helped convince the Edmonton General and Grey Nuns administration of the great value of what was being done at the Youville Wing.”

When Mel retired in 1995, the palliative care unit at the Edmonton General was renamed the Mel Miller Hospice, honouring his role as physician, ambassador, teacher and pioneer. Mark says it probably meant a lot to Mel, but because of his humility, he didn’t talk about it much. Instead, he joked about how it was bad luck to have something named after you while you’re still alive. 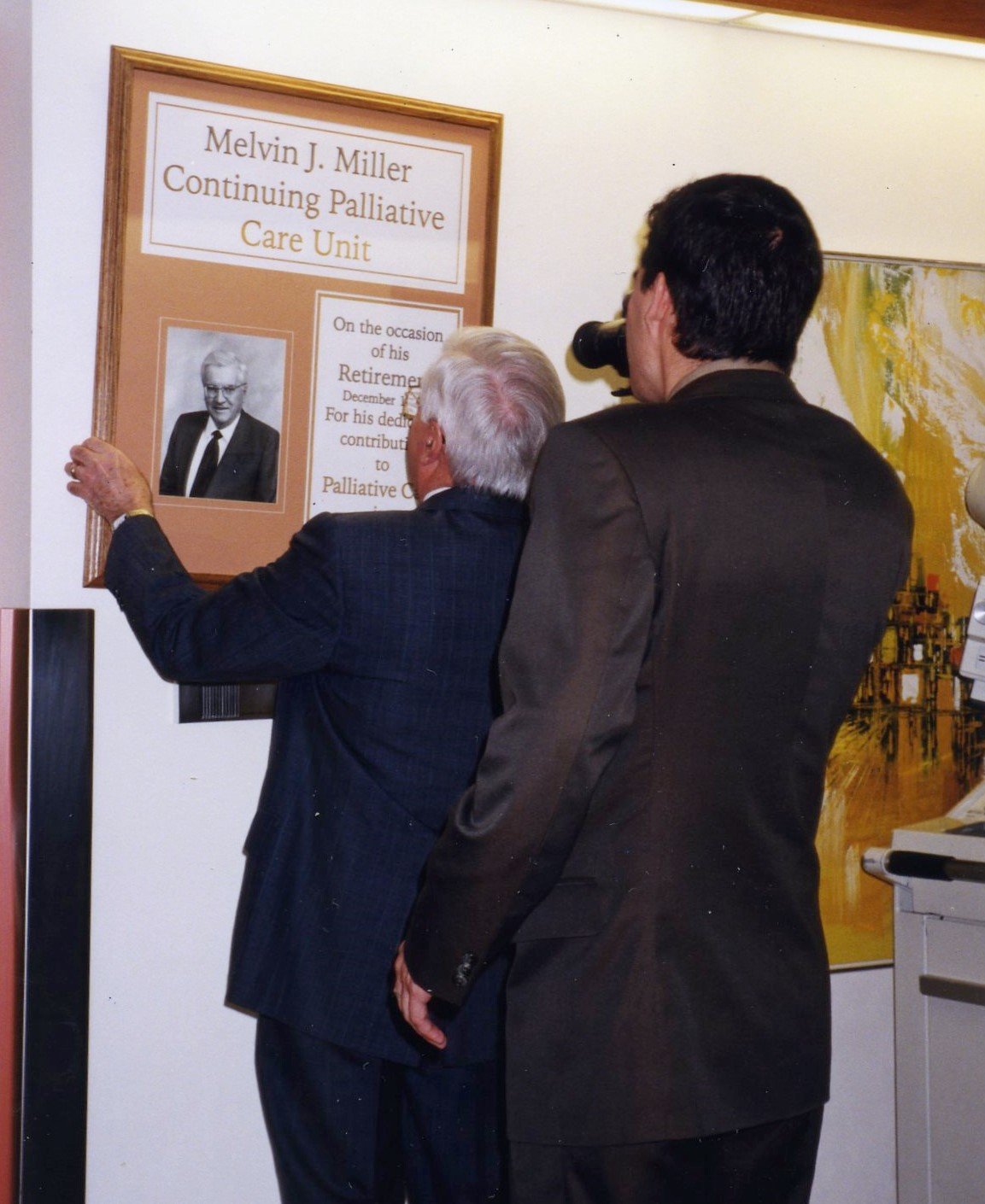 Mel at his retirement in 1995, when the palliative care unit was renamed in his honour 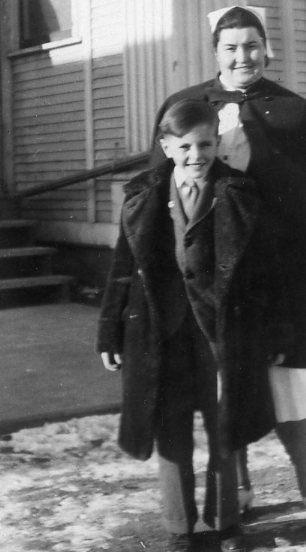 Mel Miller as a young boy. He developed a special connection with a nurse while in hospital with a severe lung infection in Grade 2. 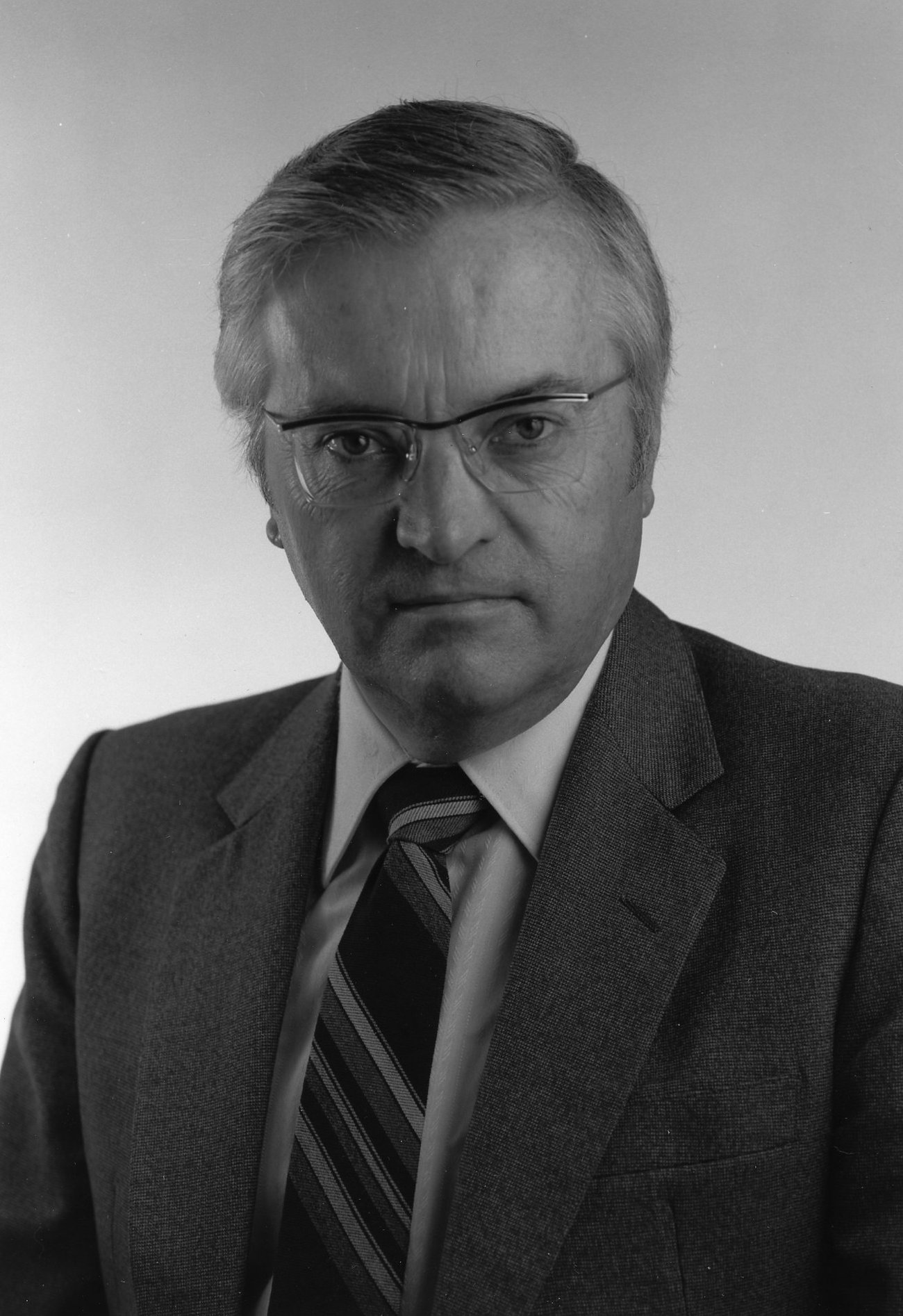 Mel served as the medical staff president for the Edmonton General and Grey Nuns hospitals. 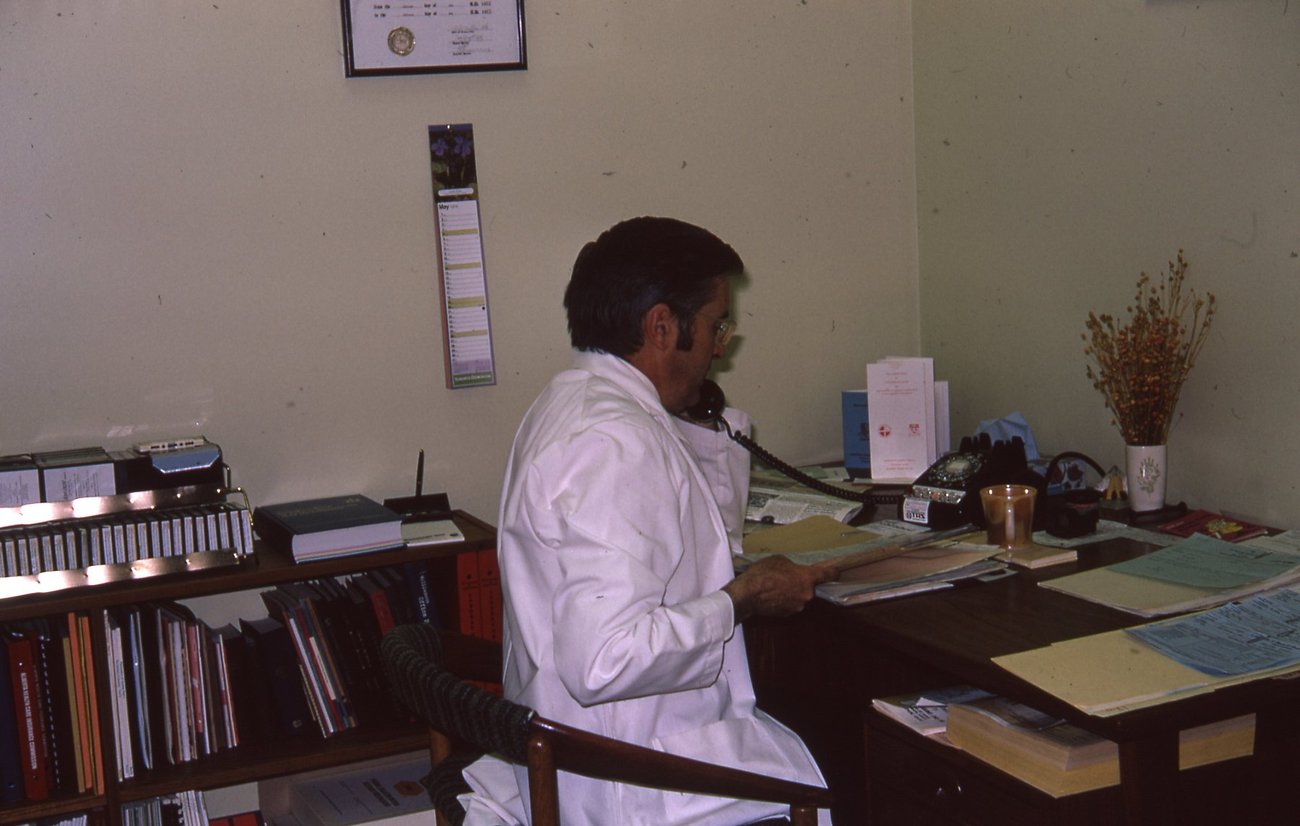 Mel working at his family medical practice in the 1970s

Mel spent his final days at the Misericordia Community Hospital before his death on May 30. Mark says that with the COVID-19 visiting restrictions, Mel quickly adapted to visiting with family via video calls.