The love and support of family members go a long way in helping patients cope with a health crisis. That’s why the Misericordia Community Hospital now has five private, comfortable rooms where families can be together 24 hours a day.

“We wanted to provide patients and families a supportive environment during the most difficult times in their health journeys,” says Jan Schimpf, Site Administrator for the hospital.

The five Compassion Rooms, located on the Medicine and Surgery units, are reserved for patients who are dying, families that have experienced an early pregnancy loss, and patients who have delirium or don’t speak English and need to have family close by. Families are able to have private conversations, grieve together and give calming support to their loved ones.

The rooms offer a quiet space with couches, beds, a coffee maker, a refrigerator, a music system and other items so family members can relax, sleep and share meals. Patients and families may also receive a “Compassion Kit” of food as well as direct delivery from the hospital’s made-to-order meal service, Covenant Cuisine.

For patients who are dying, nursing care in the rooms may include using the White Rose program. A picture of a white rose posted on the door lets caregivers know the patient is at the end of life and when the patient passes away.

Christine Lauerman, Clinical Liaison, Infrastructure Projects at the Misericordia, knows how important it is to have private family spaces available. About two years ago, her father suffered a gastrointestinal hemorrhage and was within a couple of hours of dying in a rural Alberta hospital. He fully recovered, but Christine recognizes how beneficial it would have been to have “a calm, respectful place that was dedicated to someone that critically ill” and a place for her family to be together. “We were all looking after him, but we were looking after each other as well,” she says.

The idea of developing the Compassion Rooms first arose in August 2017. With funding from the Associates of Caritas, construction of the rooms began a year later. Planning for the project brought together the expertise of the hospital's Site Administration and Capital Planning departments along with the Medicine, Surgery and Palliative Care programs.

Having the rooms at the Misericordia is also helpful for staff, particularly when someone is dying, says Lorelei Sawchuk, Nurse Practitioner & Education Lead, Palliative Institute, Covenant Health.

“Staff want to provide a dignified and peaceful death, and it can be hard to do when privacy is lacking,” Lorelei says. 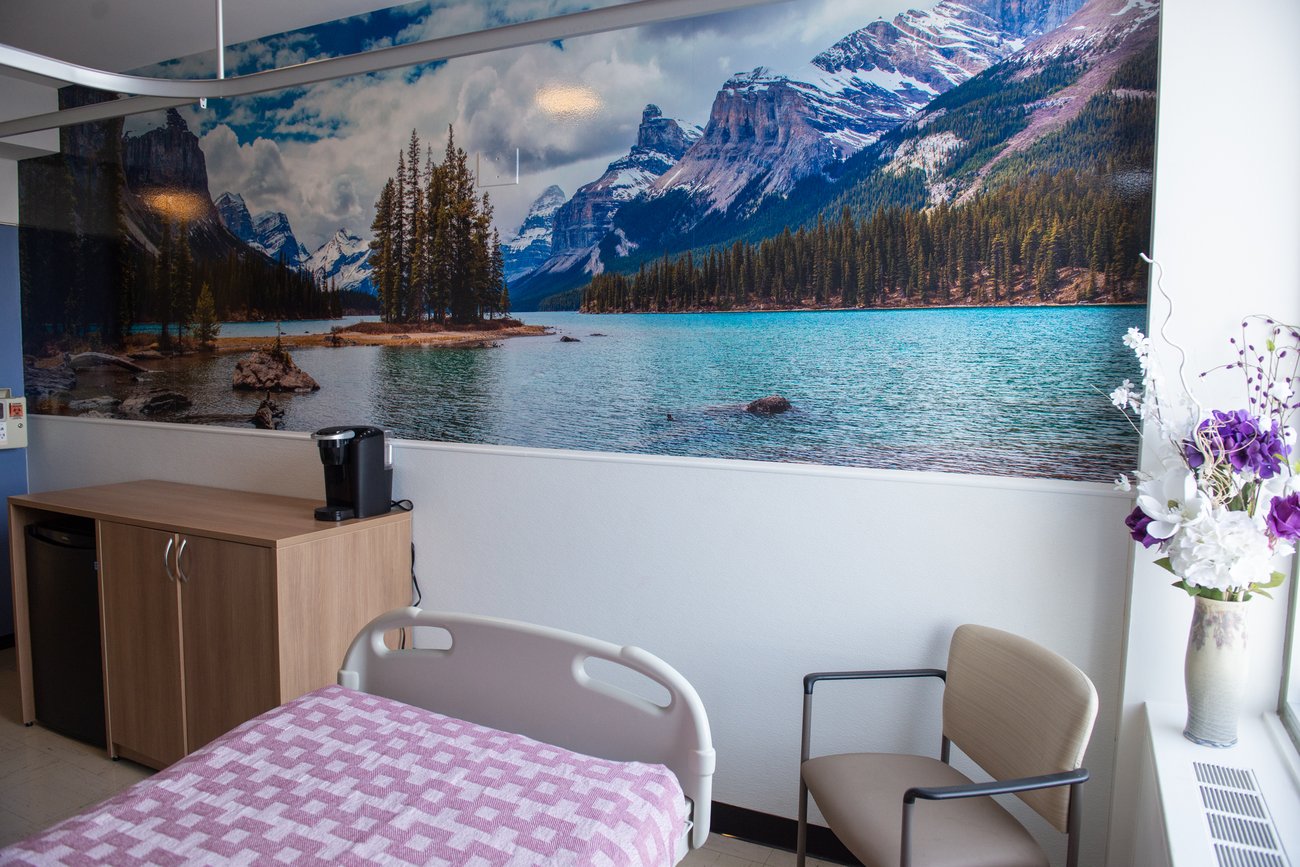 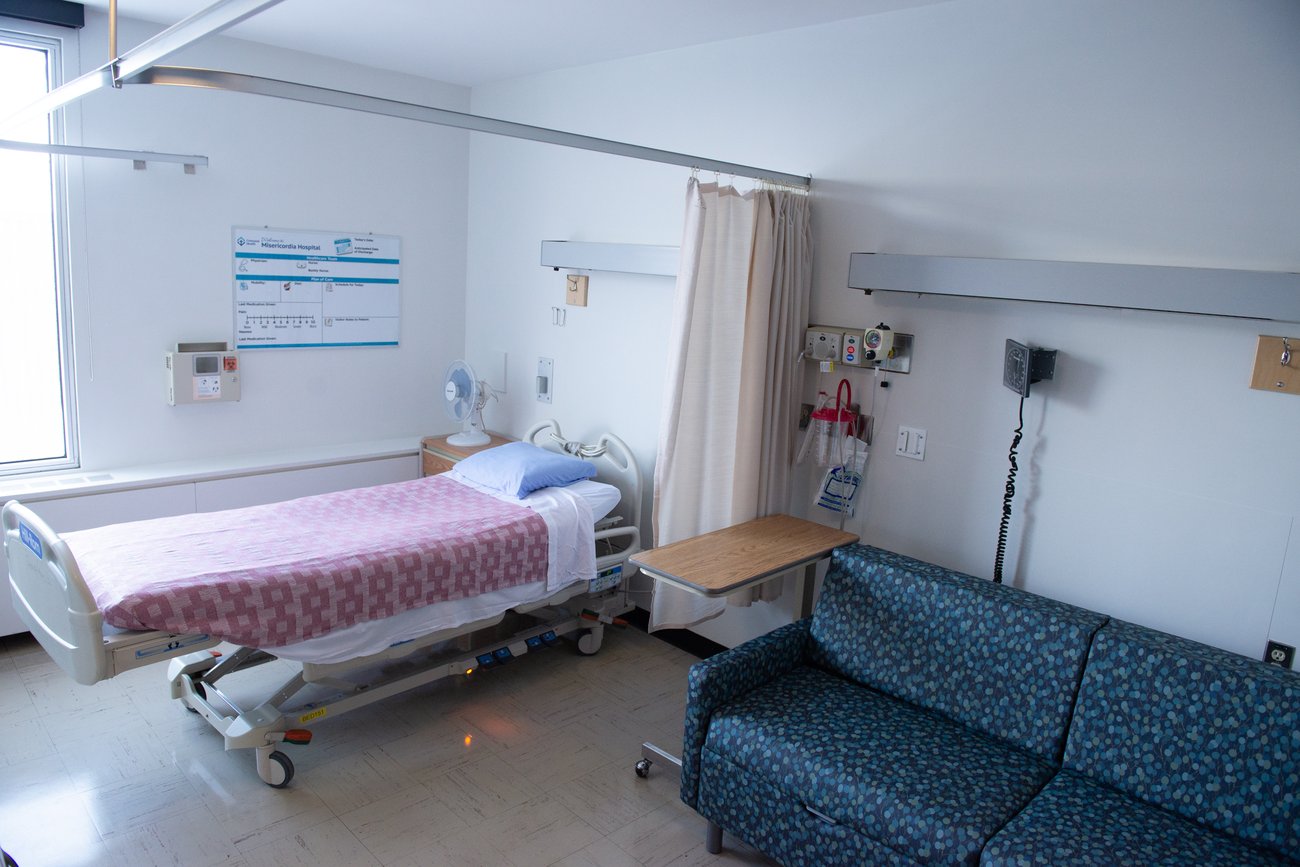 The rooms are spacious and can hold several family members. 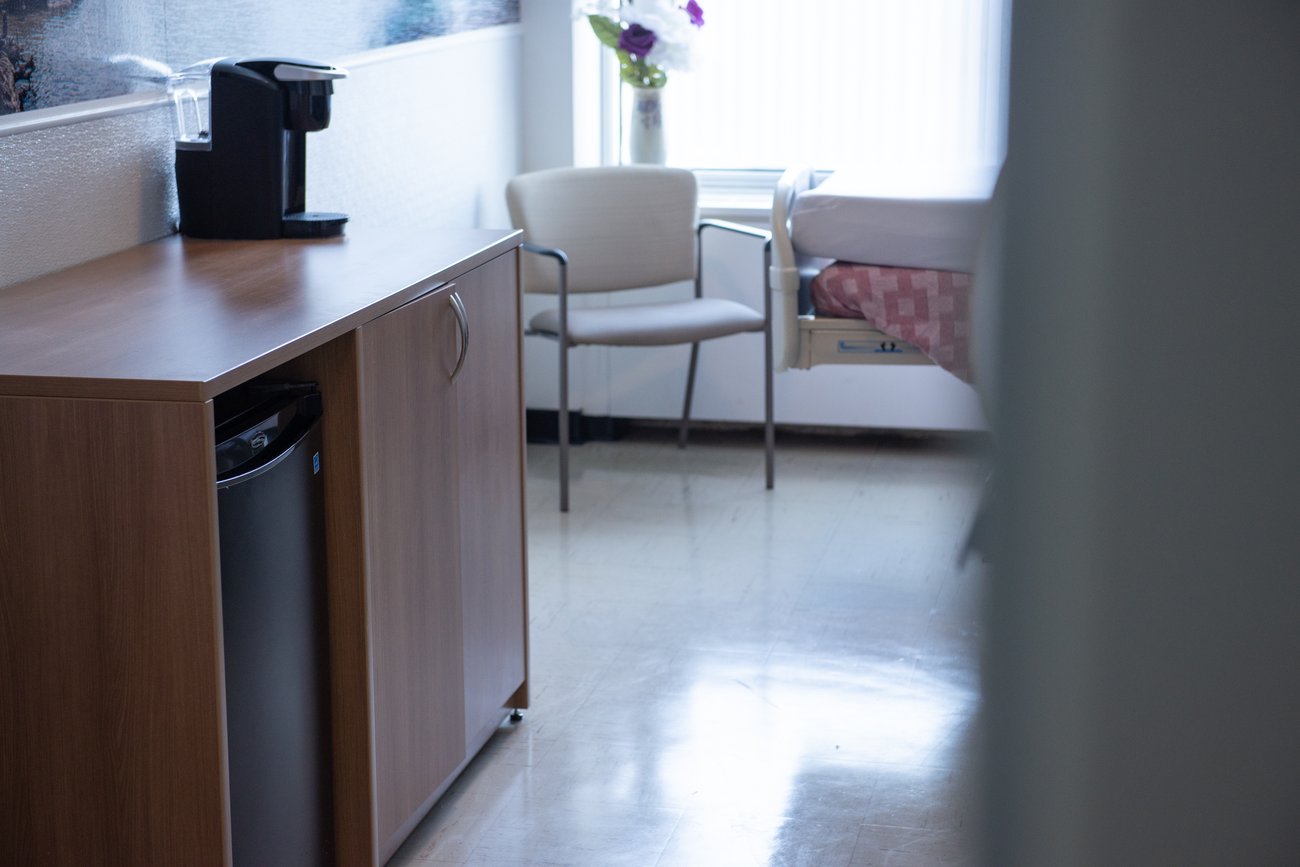 The rooms include a coffee maker and refrigerator so families can eat together. 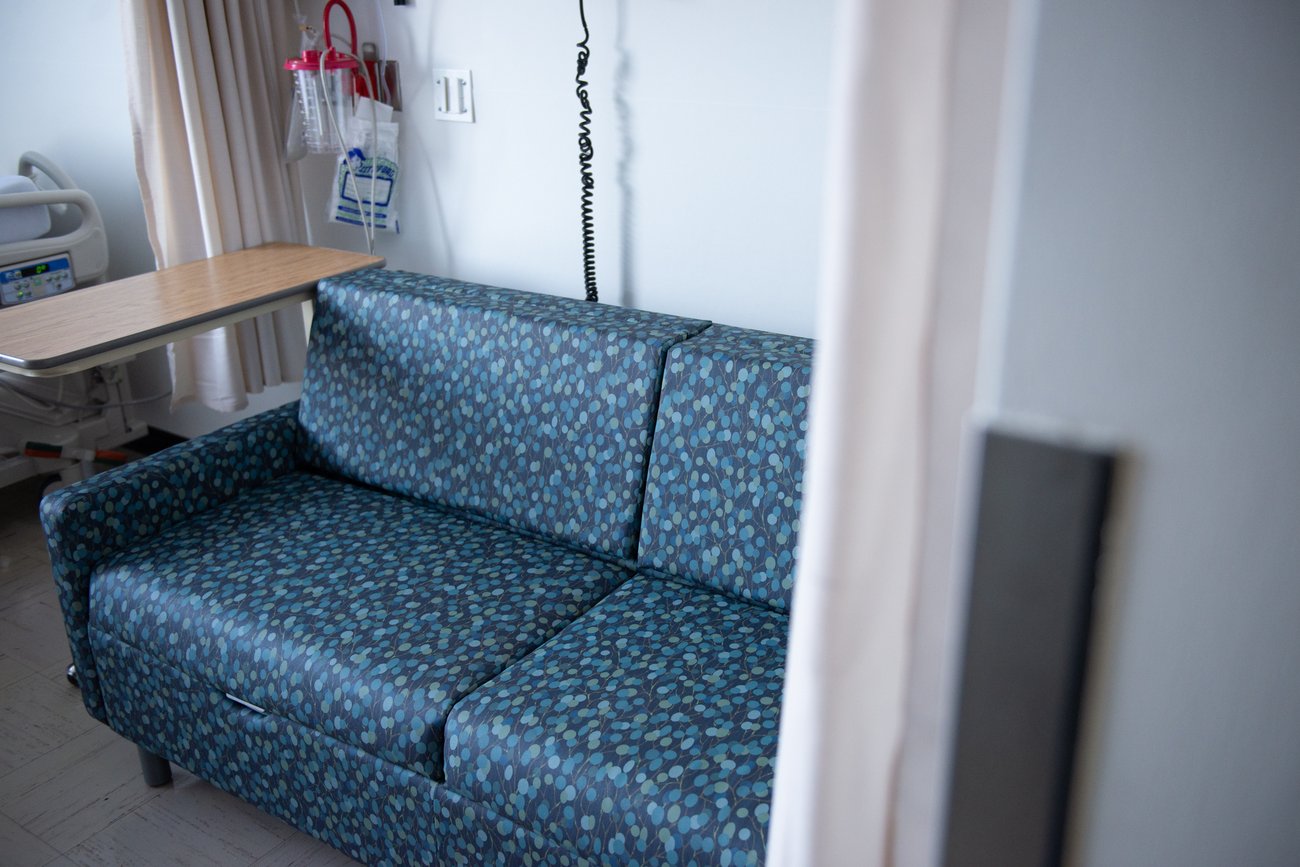 Fold-out couches give family members a place to rest and sleep. 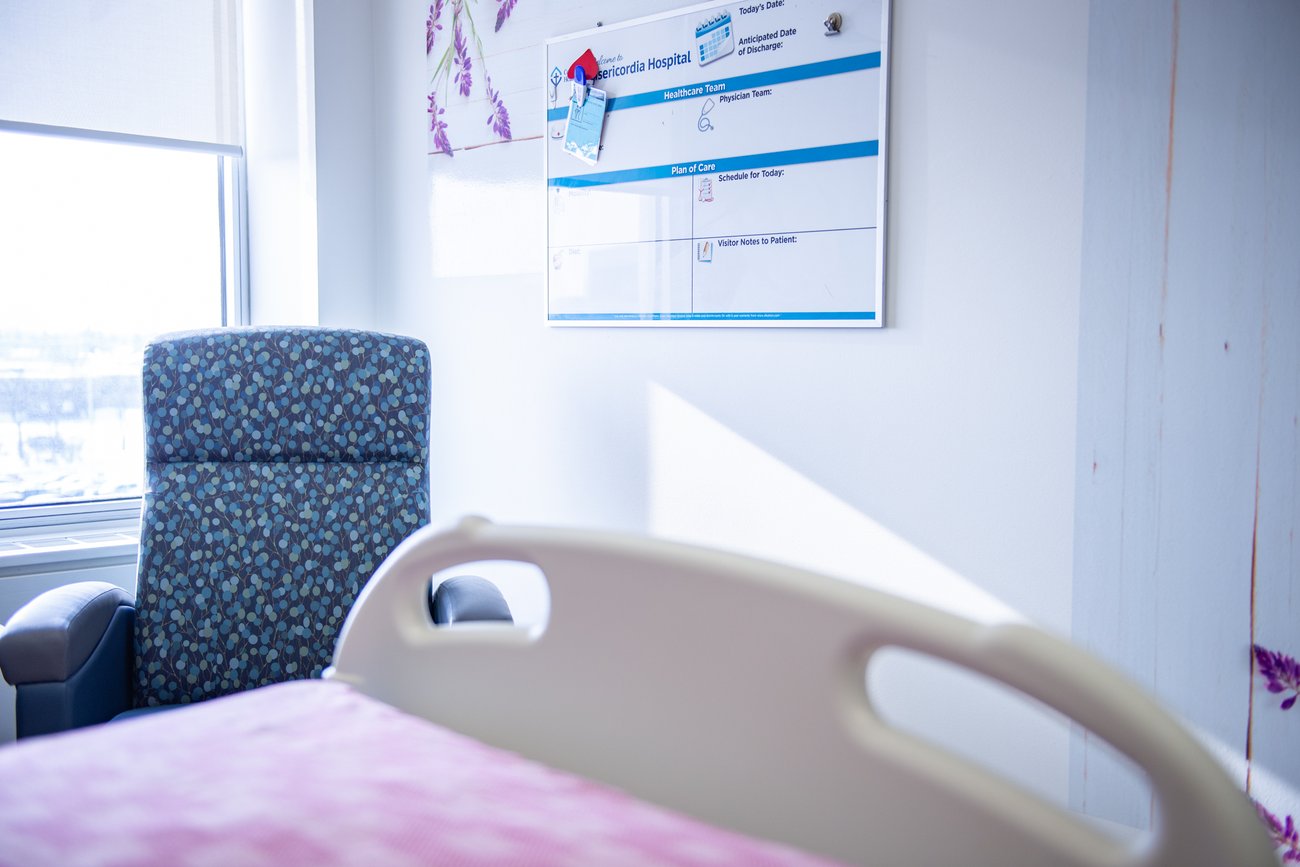