Leona Lynn remembers a resident at St. Mary’s Health Care Centre, a Covenant facility in Trochu, who was able to connect with her past through music, even though she lived with dementia.

“I would play Softly and Tenderly, Jesus Is Calling, and she would react to that, and people just couldn’t believe it. You would even see her mouth going a little bit, saying the words. I helped her connect with something she was familiar with.”

Leona, 85, is a music volunteer who has been playing accordion, piano and organ at St. Mary’s, which provides long-term care and independent living, for over 20 years. She is one of many volunteer musicians who has returned to performing indoors at Covenant sites across the province after being away or performing outdoors due to pandemic restrictions.

“You have no idea how happy these people are to hear the music and see us,” says Leona. “It’s a wonderful feeling to be back.”

When government restrictions didn’t allow indoor entertainment, Leona and fellow musician, Ilona Noble, 81, who has also played keyboards and sung at St. Mary’s for close to 20 years, performed outdoors at the windows. Baby monitors placed inside and outside helped residents hear the music. Now that they can perform indoors again, Leona plays at the site three to four days a week, and Ilona entertains on Fridays. They both perform older songs and hymns and also play for weekly devotions as part of pastoral care at the centre.

For Ilona, entertaining residents is a way of “ministering to people through music.” She builds her “mini concerts” of familiar older songs around themes such as Canada Day, the Calgary Stampede, holidays and St. Patrick’s Day. She also shares background information and stories about the songs or has the residents guess the concert theme.

After not having indoor performances for so long, the residents appreciate the music Leona and Ilona provide, says Margaret Stankievech, 97, a resident who also leads devotions. “It means a lot to them. They are so pleased to have some segment of music now.”

Residents at St. Joseph’s Auxiliary Hospital in Edmonton are also enjoying the return of live indoor entertainment. While the site hosted a few outdoor hymn sings over the summer, it is now open to weekly indoor performances by regular volunteers.

Irene Bristow, 100, and Nellie Shores, 91, say they look forward to the performances. When visitation to the site was restricted and they were required to stay in their rooms, residents had to rely on TV and radio for entertainment.

“It’s such a delight to leave the room and come and sit down and listen,” says Nellie. “Music is very important to me. And to have volunteers come — it’s absolutely wonderful.”

Otto Huget, 81, who has been a volunteer at St. Joseph’s for about three years, is now playing guitar and singing at the site again every week. Like Leona and Ilona in Trochu, he plays old songs that are familiar to residents, as well as hymns.

“I think music does something that very few other things do,” says Otto. “It touches the inside. It touches the heart. It brings back memories. It does a lot of things that talking will never do.”

Carolyn Rein, the recreation therapist at St. Joseph’s who organizes the performances, says Otto’s music has a calming effect, particularly for residents who live on the dementia unit.

“People who are normally cruising around, bumping into each other and getting some negative interaction from whomever they bump into, they’re just closing their eyes and enjoying the music.” 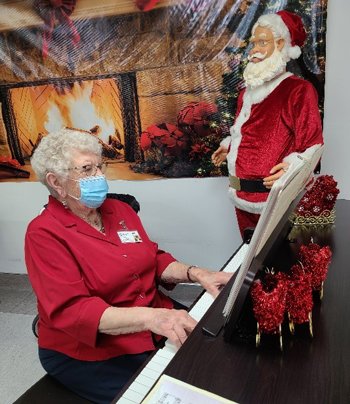 Leona Lynn has been playing accordion, piano and organ at St. Mary's Health Care Centre for over 20 years. 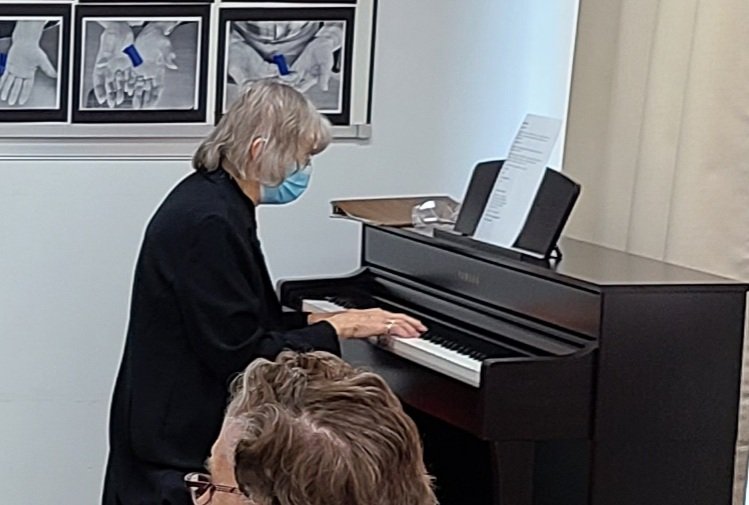 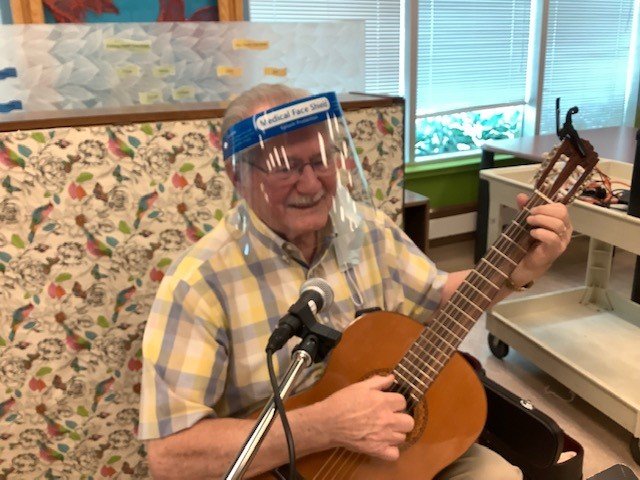 Lorraine Seguin, whose mother, Helen, 91, lives in the unit, also sees the effect a live performance by a volunteer can have.

“Music makes [my mom] smile,” she says. “When they couldn’t have any socializing activities and such, I know it affected my mom’s mental health and well-being, but since they’ve opened it up for family and other people to visit, to be around, her behaviour has changed. She’s happier.”