There aren’t many people who can say they’ve lived through two global pandemics a century apart. Lorna Loose is one of them.

The 101-year-old resident at Bonnyville Health Centre was born on Christmas Eve, 1918, during the Spanish flu, the deadliest pandemic in history. And while she was too young to have her own memories, she remembers the stories her family told her, like how she didn’t meet her father until she was six months old.

“My dad was in the army, and he was waiting [in England] to go overseas when the armistice was signed. So they got those men who were in that division to take care of the bodies of the people who had died of the Spanish flu. They were stacked in a warehouse,” says Lorna. “They could either prepare the bodies or dig the graves. And he didn’t want to dig graves in the snow, so he volunteered to prepare bodies.”

Back home in Dewberry, Alberta, Lorna remembers stories of being quarantined, people staying at home and wearing face coverings when they went to the grocery store. The next year, some members of her family, including her grandmother, caught the flu, though it was not severe.

“I just remember that they said the Spanish flu was attacking strong and healthy people.” 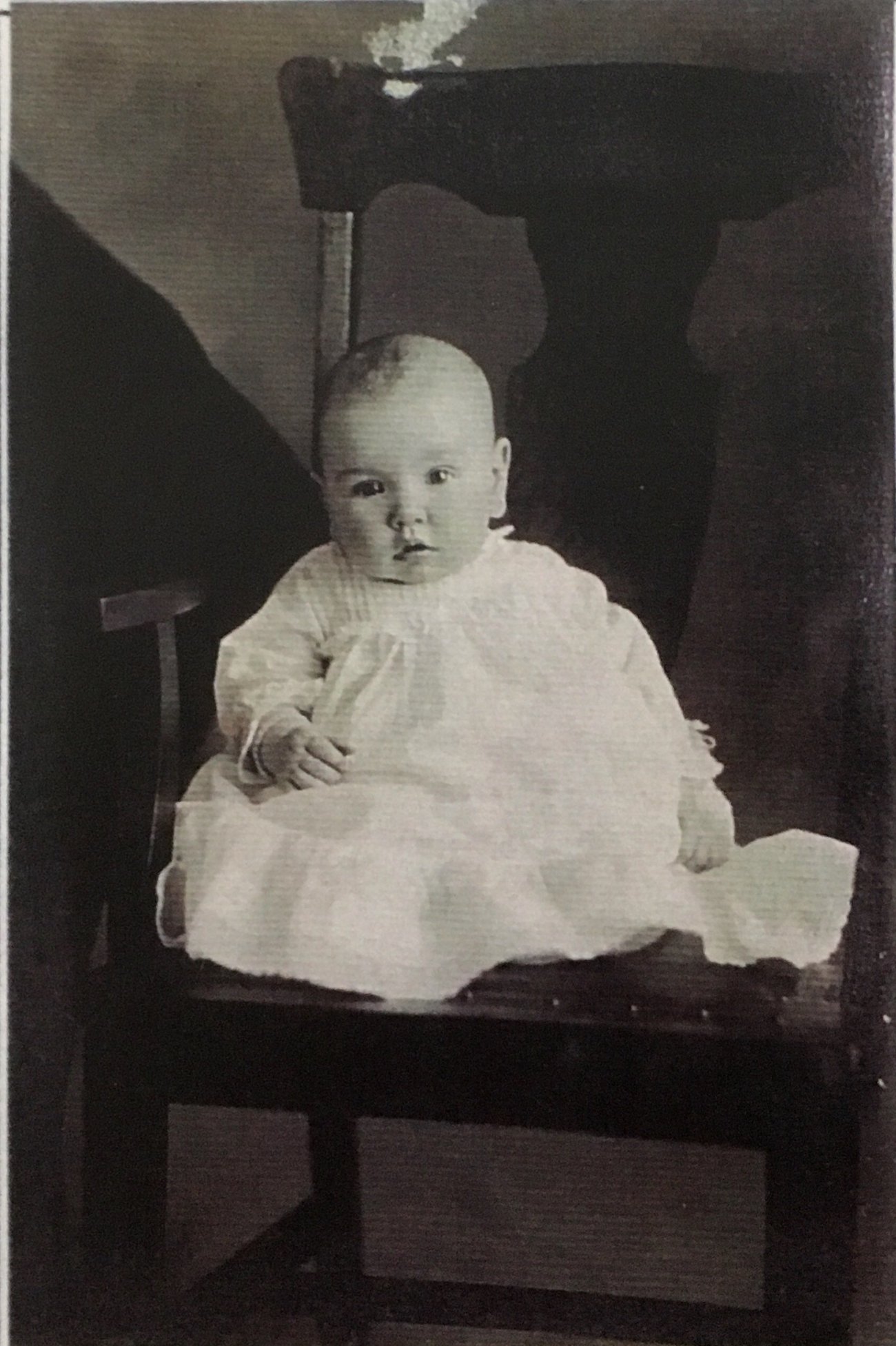 A baby photo of Lorna Loose. Lorna was born in 1918, during the Spanish flu pandemic. 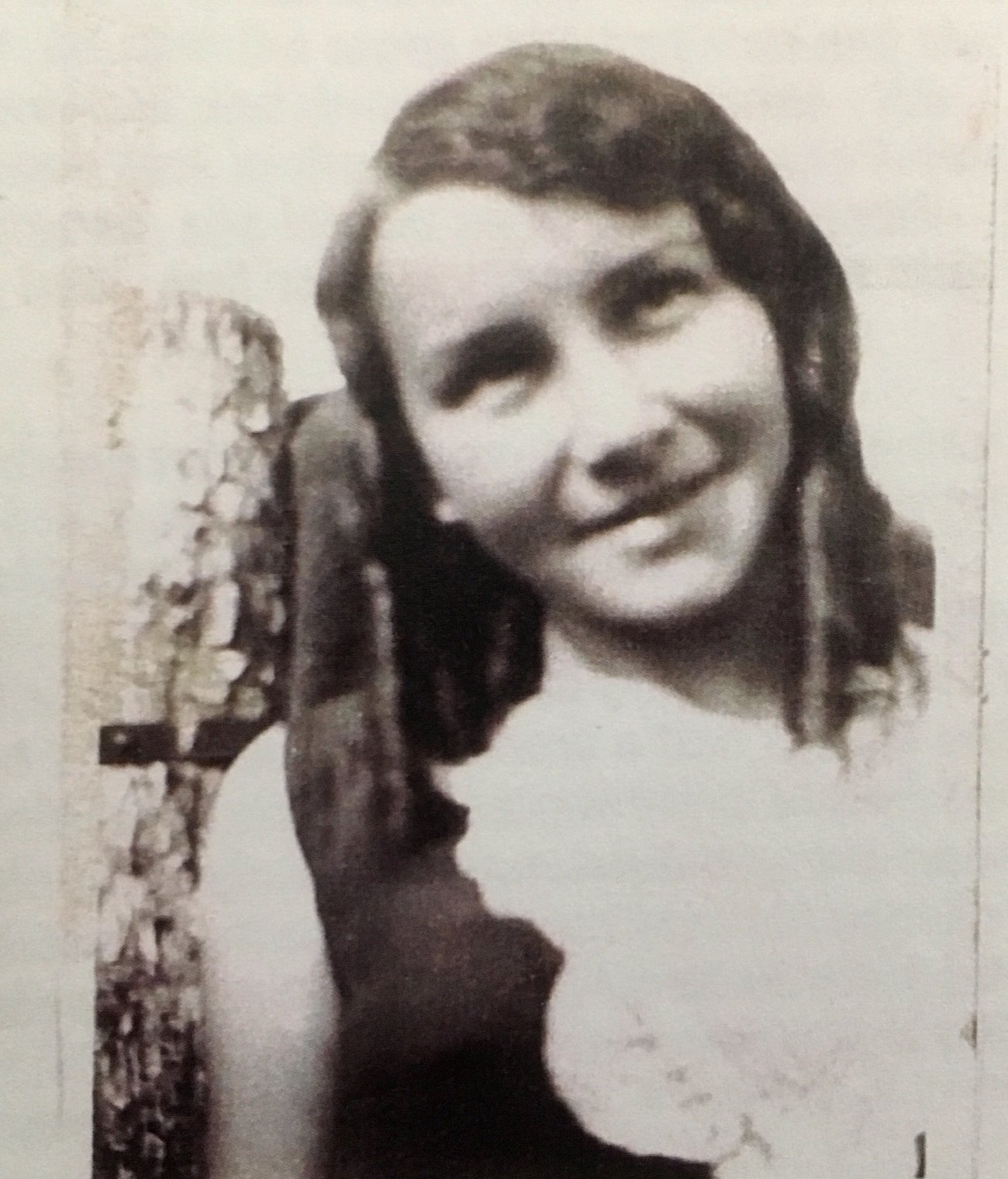 Lorna at around age 14 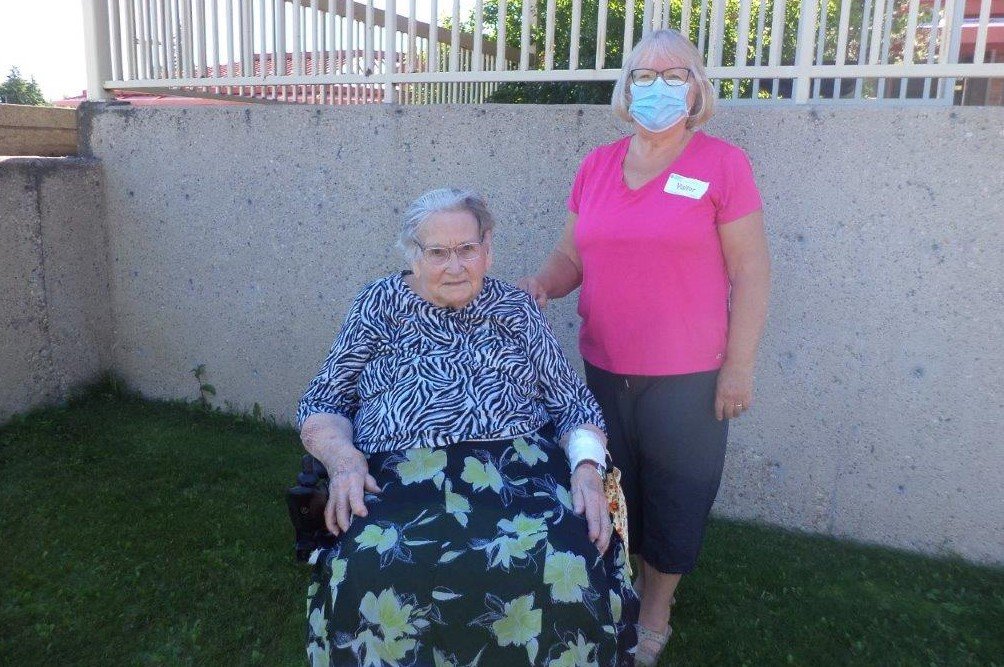 Lorna enjoys a recent visit with her daughter, Beth Burgess.

“I just try to obey the rules,” says Lorna. “My Christian beliefs have helped me. I prayed, and I had faith that my Saviour would see me through.”

Daughter Beth Burgess says she has always admired her mom’s strong faith and her ability to be thankful in every circumstance.

“She’s coped very well, and the staff here are wonderful and have treated her so well. She gets a little cranky now and then, though, that she can’t see her family.”

Visiting restrictions are a challenge for both Lorna and her family. Beth says it’s been very meaningful to reconnect through in-person visits, but they miss giving her physical reassurance.

“We can tell her we love her, but we can’t touch her and hug her.”

Vernon and Lorna in 1983. This photo was taken about six months before Vernon died in a car accident.

Lorna has been through plenty of challenges before, apart from being born during a global pandemic in the wake of the First World War. She married her husband, Vernon, shortly after the start of the Second World War. A machinist, Vernon repaired warplanes in Edmonton, and Lorna was worried that he would be sent overseas.

“He would get his call every six months, but he never did have to go. The last time he got the call, they didn’t defer it. But by that time, the war was over.”

After the war, the family moved from Edmonton to Cherry Grove, south of Cold Lake.

“They didn’t have a lot,” says Beth. “Dad tried to start a blacksmith shop, but he was too far out of town for that to work. They tried to raise sheep, but the coyotes kept eating them.”

Vernon eventually got a job at the Cold Lake air base, which provided more stability. And then in 1970, their house burned down.

Lorna and Vernon built a new house the next summer for them and their eight children. “And mom raised a huge family in a little house. And took foster children in besides,” says Beth. “She was a registered foster parent, but she also just collected random children” from other parents in the community who needed short-term help.

“It was an enjoyable challenge,” says Lorna, who faithfully baked her own bread, tended a large garden and picked berries with her children in the summers. Her family now includes 45 grandchildren, 131 great-grandchildren and 19 great-great-grandchildren.

This is the most recent photo of Lorna's five-generation family, although not everyone was there.

Lorna’s positive outlook is noticed by the staff at Bonnyville Health Centre, too.

“All of us have good days and bad days. She rarely has bad days,” says Rhostum Lazado, health care aide. “She’s always positive. Even if she’s in pain, she always has a smile.”

Lorna continues to reflect on what she’s thankful for, most of all her marriage.

“I was fortunate to marry someone I loved, and our love lasted for the 44 years that we had together,” says Lorna. “I am very grateful for all of the things that happened to me. I feel I have been guided through a lot."