Harnessing the joy of laughter

Mary Lucyk was skeptical when she was asked to try a new yoga class. In a wheelchair, the 72-year-old resident of St. Teresa Place had to be coaxed into giving laughter yoga a try.

“I was very apprehensive when I first went in. I don’t dig yoga. I was about as excited as a toad,” says Mary. “At the end of it, you don’t want to leave. It’s lots of good laughs. It’s the best.”

Laughter yoga isn’t your typical yoga session filled with deep stretches and meditation. Laughing, clapping and breathing are focus areas in the class that can be done standing or seated, and it’s proving to be popular with residents at the supported living centre in Calgary.

“It’s laughing for no reason,” says Sharon Falconer, a certified laughter yoga leader and teacher. “People will fake their laughter because I ask them to if they can’t laugh for real, but it’s contagious and they graduate to real laughter. You can hear it.”

People are drawn to happy sounds, as evident from the residents who join partway through an already well-attended laughter yoga session at the centre.

“I think they came in after it started because they heard the laughter. They heard the clapping and the excitement. It just rippled through the air,” says Mary.

"You could look around at any time and see happier faces on everyone. That's what I really enjoy," says Mary.

The facility’s staff also notice a visible change in residents participating in the classes, which launched in January, says Recreation Therapist Stephanie Hodgins. “It’s nice to see the residents walk away with a big smile on their faces and know that they enjoyed it, especially with our dementia residents. This is something that carries through. Even a little while after the program, they’re still smiling.”

For Sharon, that transformation in participants is powerful. Leading the class also serves as another way to connect with her father, Jim Doyle, 88, who moved into St. Teresa Place after she could no longer care for him. “I accidentally outed him that he was my dad. Some of the people in the group knew because I’m there visiting Dad often. He absolutely burst out laughing. Afterward he talked to me about how awesome it was and how good it was…. That was the best reaction I’ve had from him in a long time. It filled my heart.”

Three classes are held monthly, led by Sharon, who volunteers her time. Each session includes a variety of gentle exercises, such as residents pretending to ride a roller coaster. As they head up the tracks, residents do breathing exercises, then raise their arms as they reach the top, where squeals of delight turn to deep belly laughs as they pretend to descend. After the exercise, participants clap briefly, then engage in three deep-breathing breaks.

“It is accessible to every single person. It doesn’t matter if they are severely cognitively impaired or physically impaired. Everyone can participate in it,” says Stephanie.

As the session comes to an end, the laughter gives way to relaxation so people can smoothly transition from the class. “They look refreshed and happy as they leave,” says Rachelle Forster, Recreation Therapist. “It’s nice to see.”

For Mary, the class is a boon.

“(Sharon) just made you feel good that you were there. It’s all so silly that it’s easy to laugh. It’s worth its weight in gold,” she says. “I’m excited about going. I’m looking forward to it.” 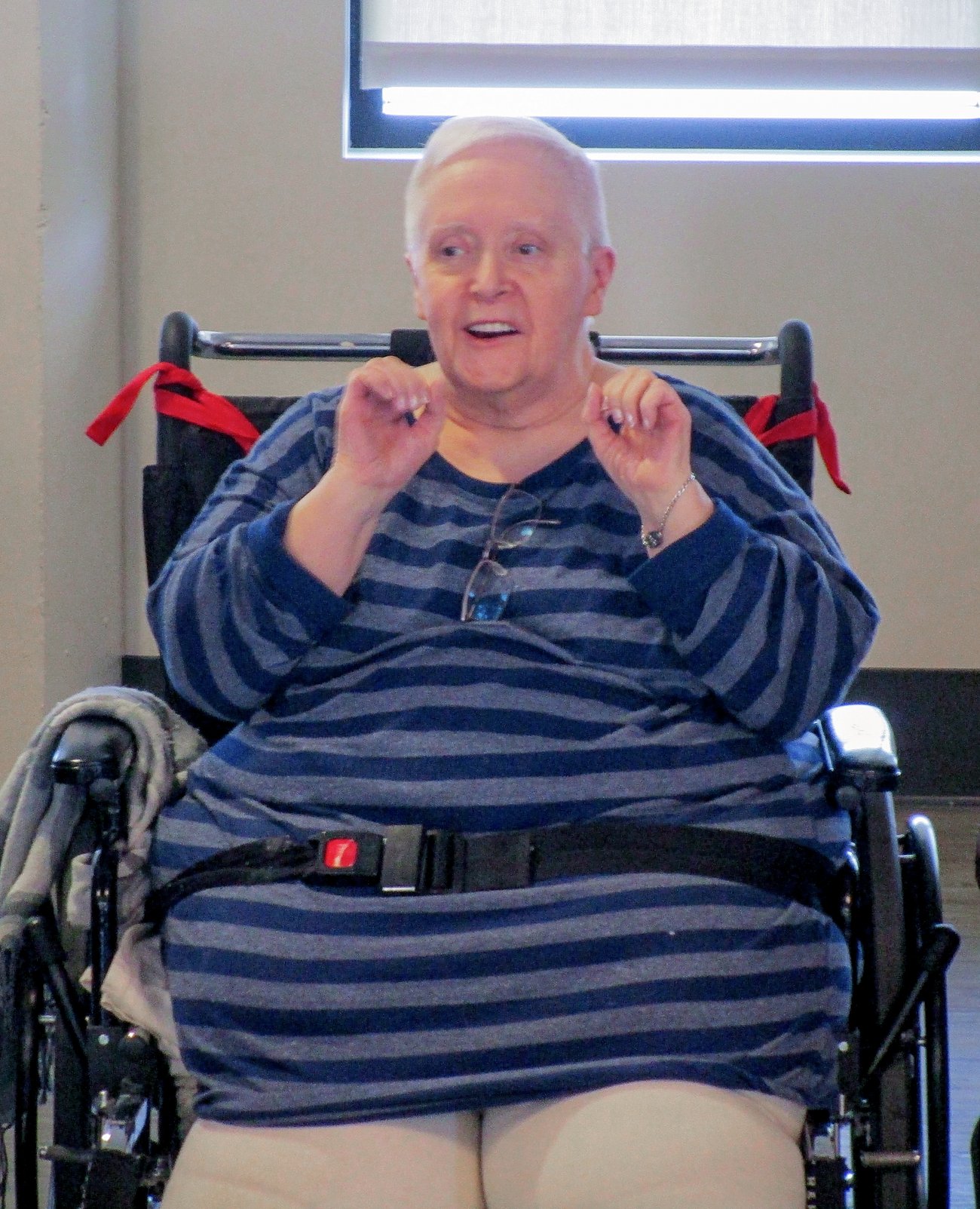 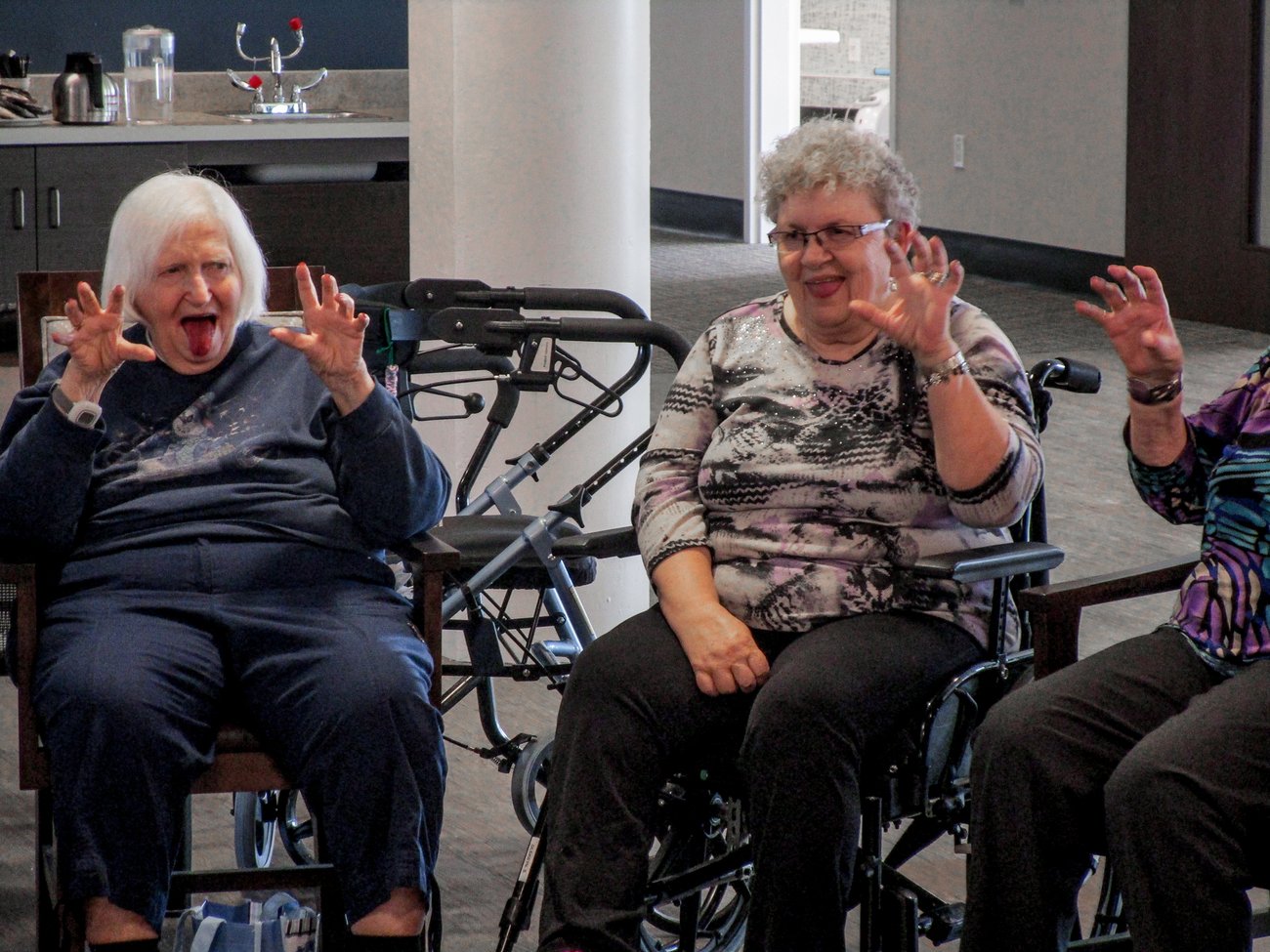 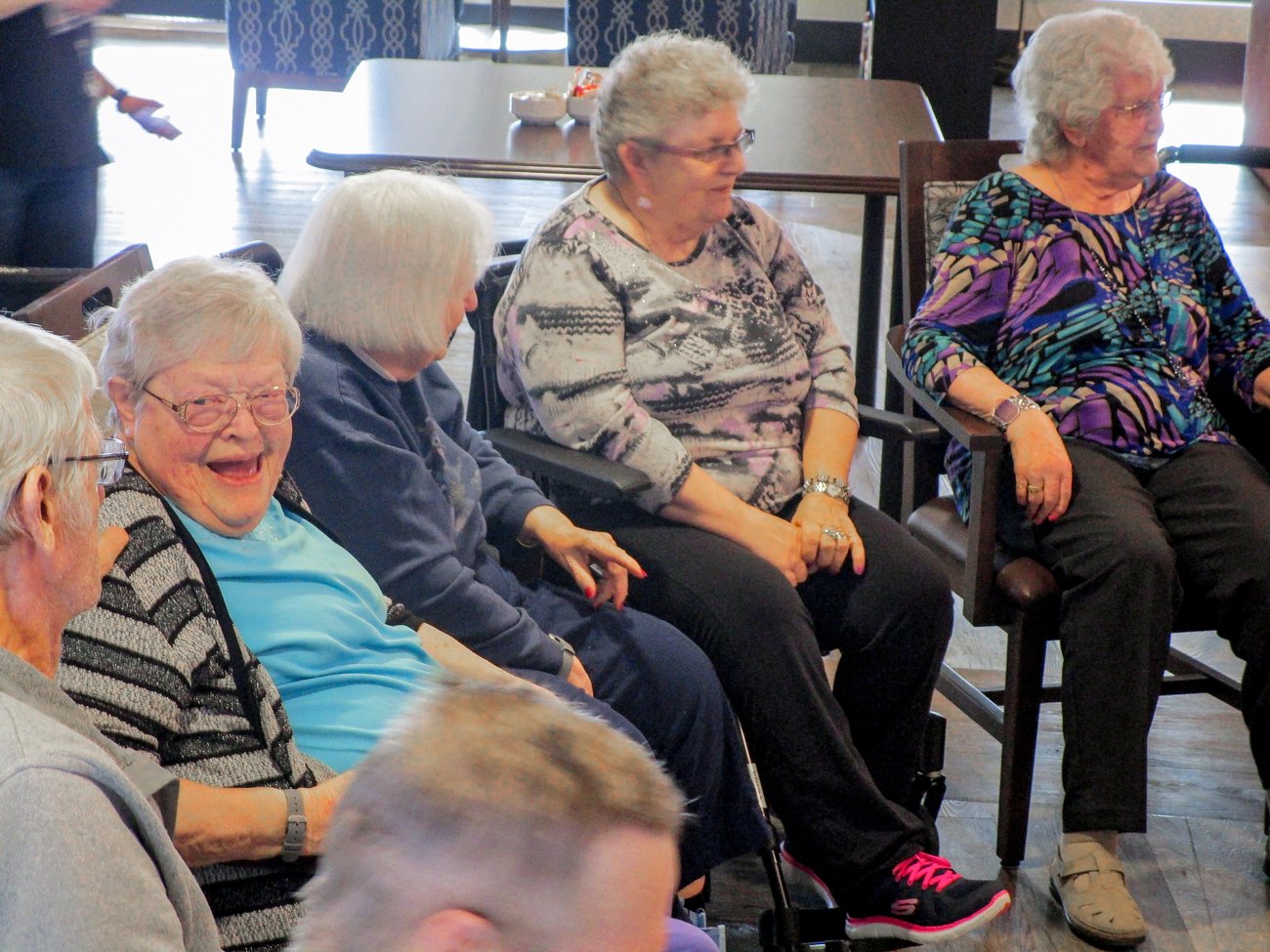 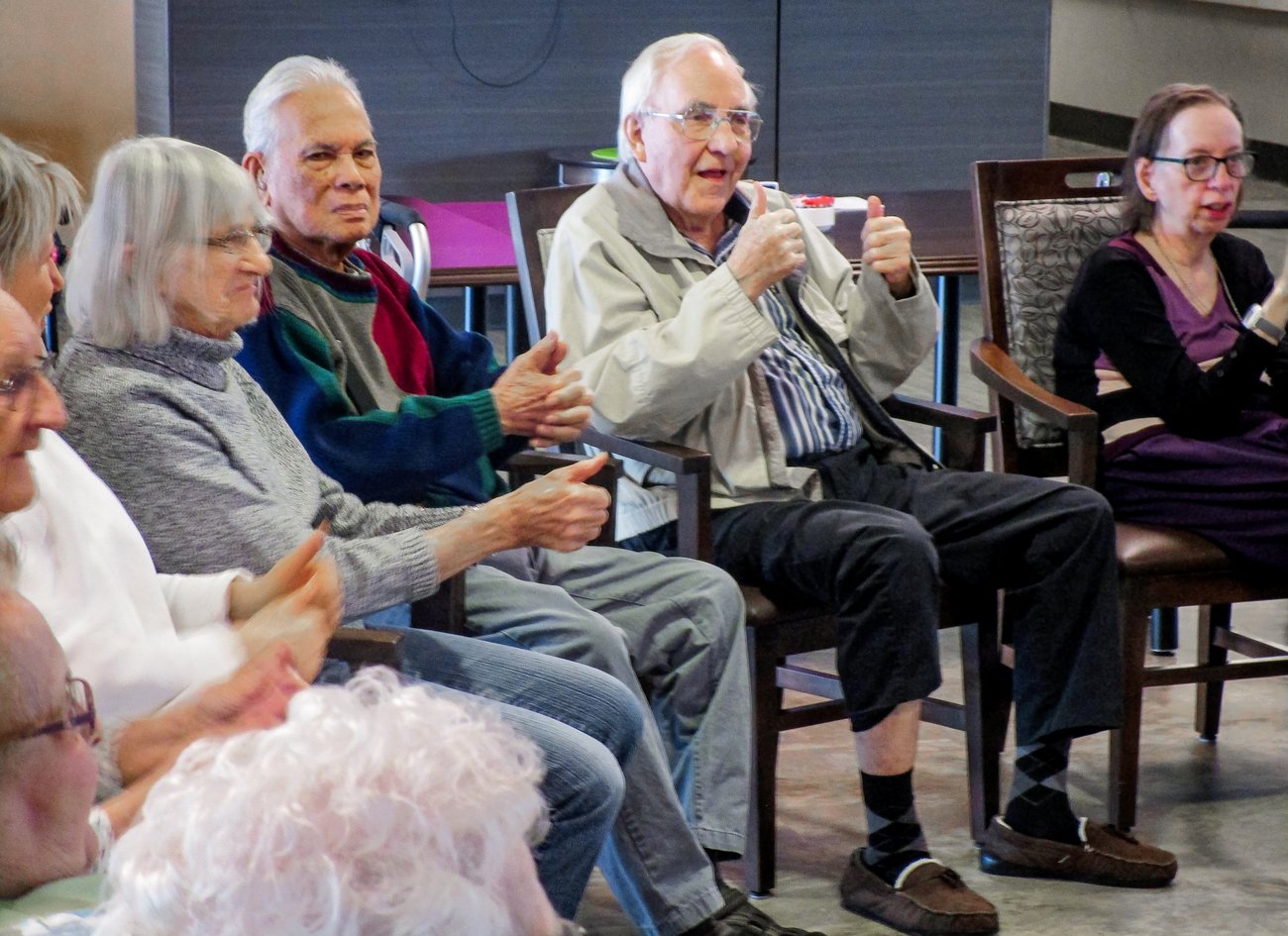 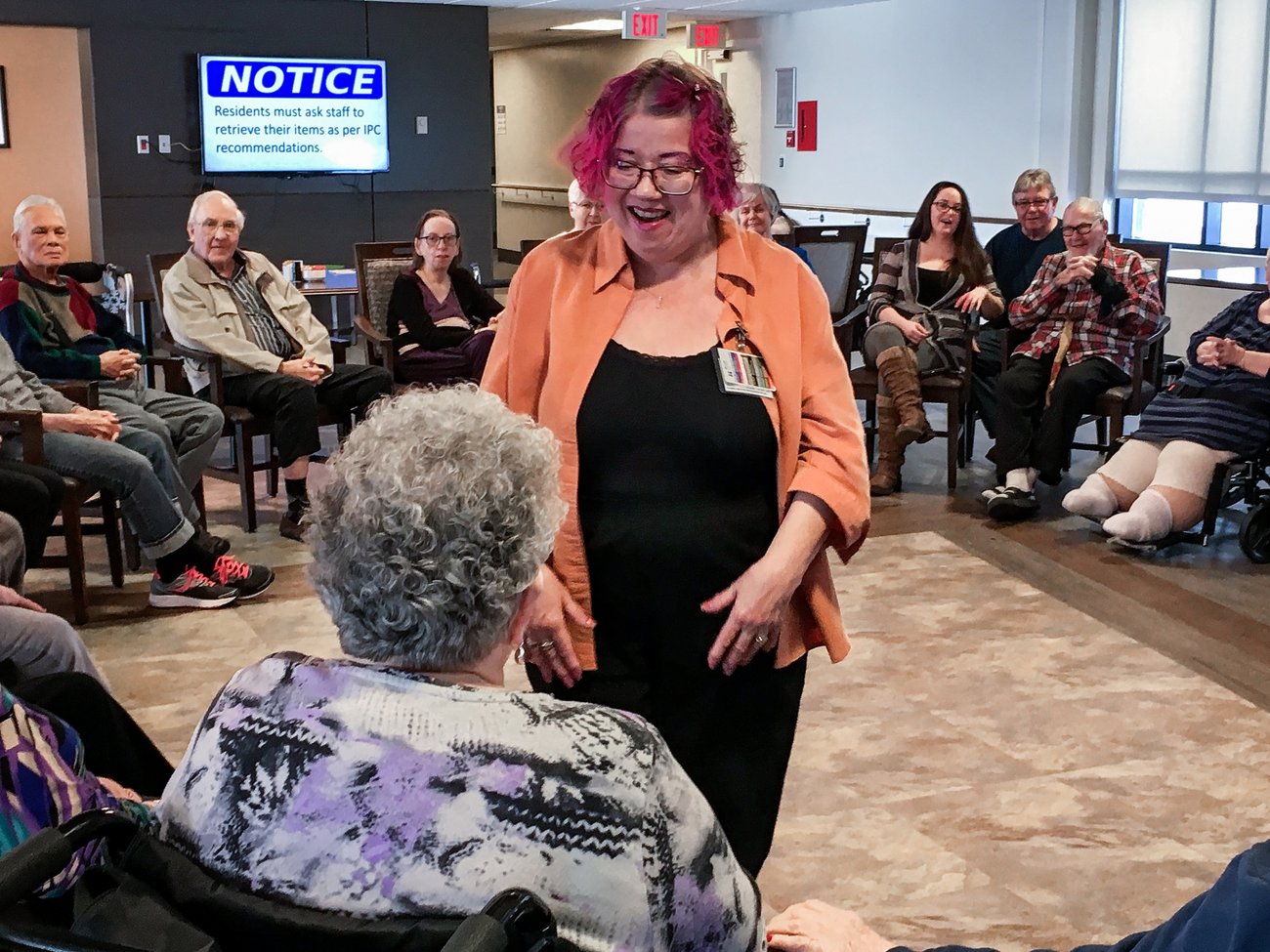 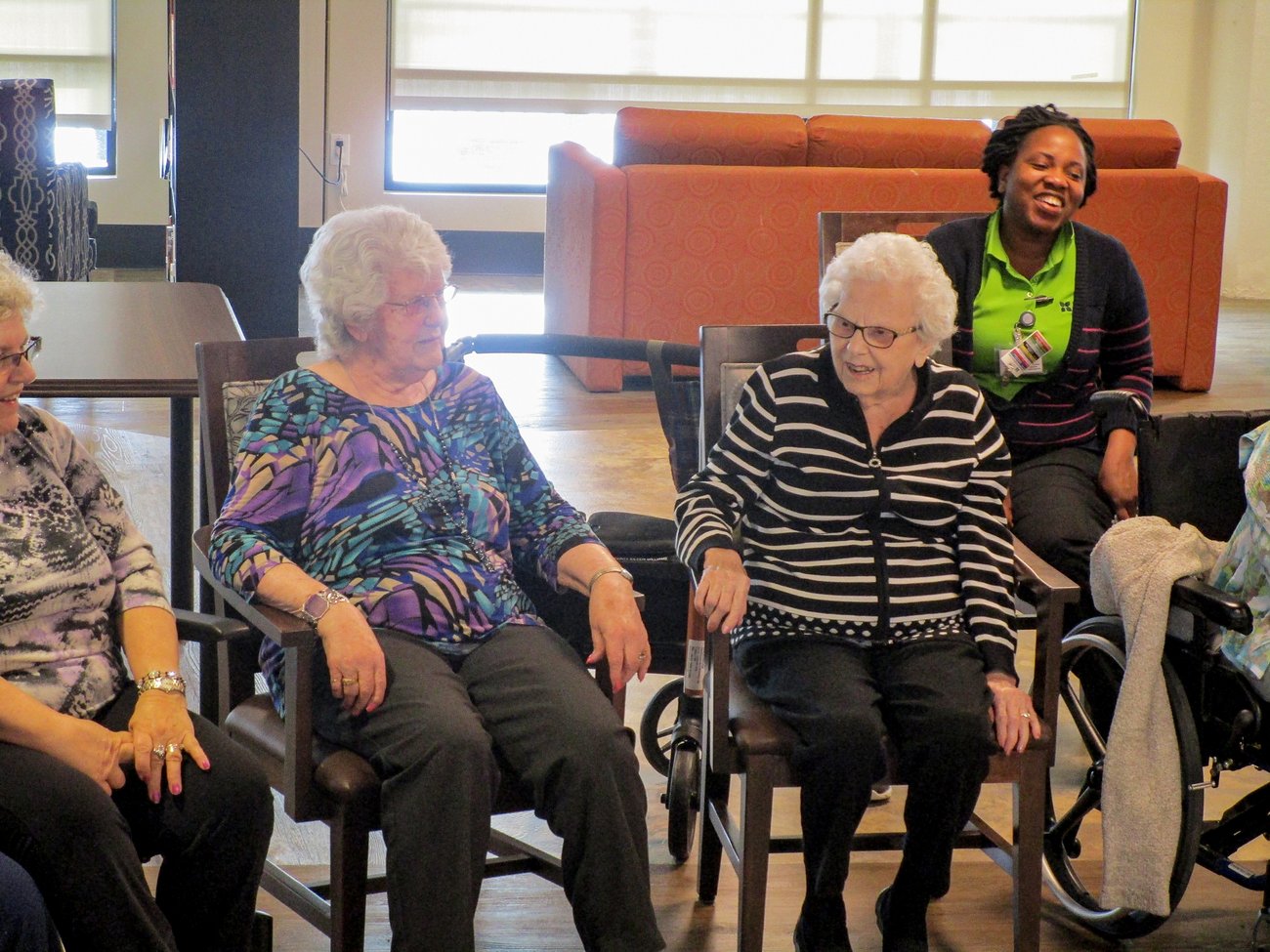 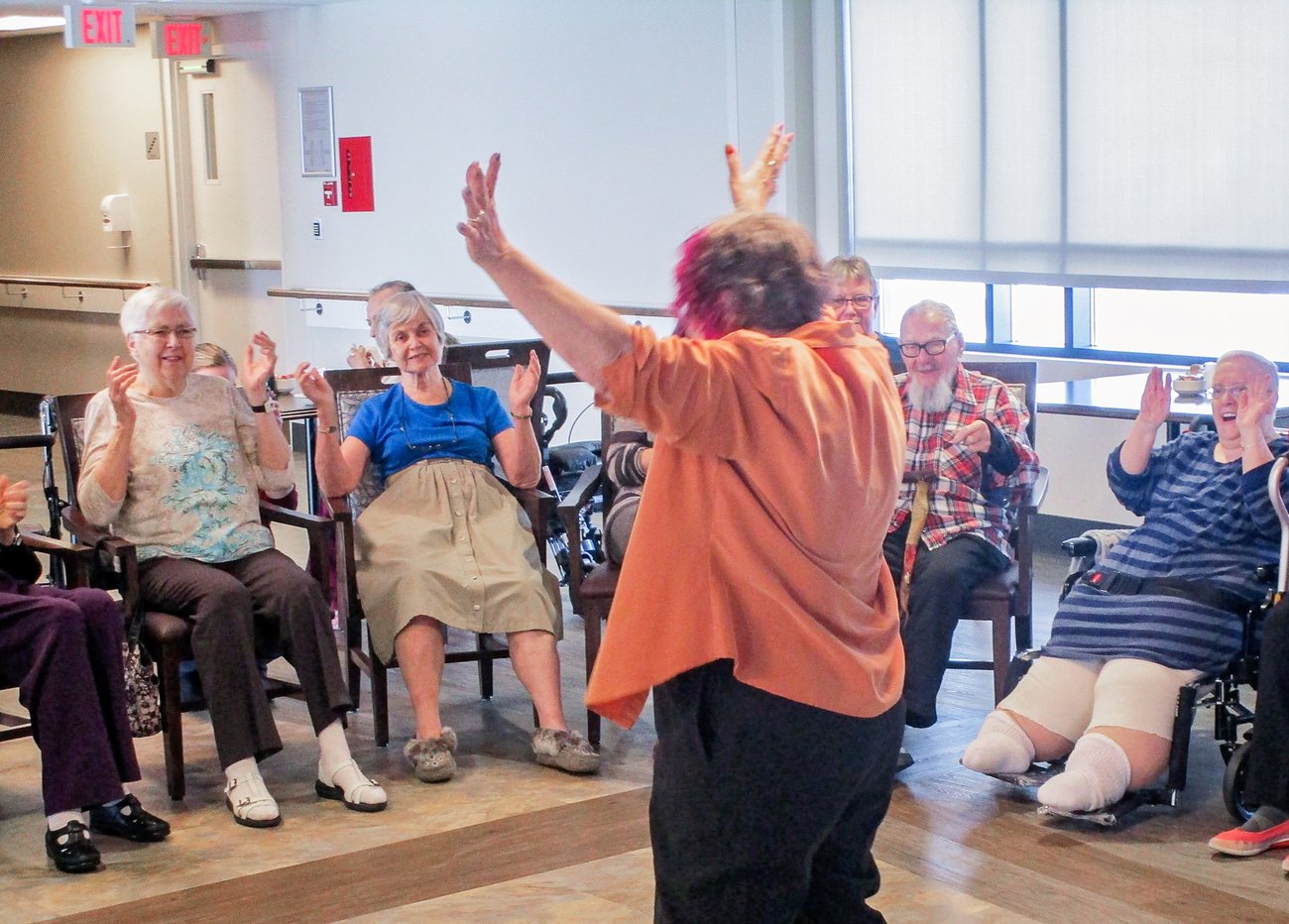 Rachelle graduated with a Bachelor’s Degree in Recreation and Leisure Studies: Therapeutic Recreation from Brock University. She has worked in the ...

Stephanie began working in recreation therapy after realizing she needed to make a career change from the financial industry. After speaking ...