Christmas at St. Mary’s Health Care Centre in Trochu, Alberta, is a festive time of year. For resident Margaret Stankievech, it is a time she looks forward to all year.

Although Margaret became a resident of St. Mary’s in 2017, she was a volunteer for years, providing pastoral care at the centre. In fact, Margaret is a 75-year resident of Trochu and has had the opportunity to see many Christmases at St. Mary’s.

“Every year we look forward to what they are going to do [for Christmas],” she says.

For the past 26 years, staff at St. Mary’s have provided elaborate designs that take residents’ and visitors’ breath away. Sharon Tetz, Christine Painter, Connie Irving and Cheryl Tetz — and all of St. Mary’s nutrition and food services team — aren’t content with putting up a couple of decorations. They don’t hold back when it is time to plan and set up their displays, and they work collaboratively to go above and beyond to provide a festive experience for residents and visitors.

While Margaret is hard-pressed to identify her favourite year, she looks forward to seeing what new and creative ideas the team comes up with.

“They are magnificent each year and very special,” Margaret says.

What started out with a gingerbread house in one corner of the cafeteria has blossomed into floor-to-ceiling wonderlands. Each year, the team chooses a different theme. One year they had a beach-themed Christmas, complete with sand. Another year found the coffee table wrapped as a present and the walls draped. They have decorated using the themes of “Peace on Earth” and “Las Vegas.” The themes can also be influenced by what is happening in the world.

The team began decorating in 1997, and they are celebrating their 26th anniversary this year. To fund the annual decorating project, they all chip in recycled items. If they are missing something, they simply spread the word around the centre and someone can usually find it for them. “One year we had a Christmas village set up, and people just added to it with what they had,” Sharon says.

The decorating team takes on the project every Christmas season because they love to see the reactions of residents and visitors, says Cheryl. But they have begun simplifying the process by buying backdrops off Amazon instead of painting and cutting their own.

The exquisite decorations are enjoyed by more than just the residents. School kids will often come by to sing to the residents, and they are full of exclamations as they are taken through the cafeteria to see the display, says Connie. “They often want to have their picture taken with it.”

The decorating begins after November 11 every year, and this year the team hopes more people will be able to see it than were able last year due to the pandemic.

“You really do have to see it to appreciate it,” Margaret says. 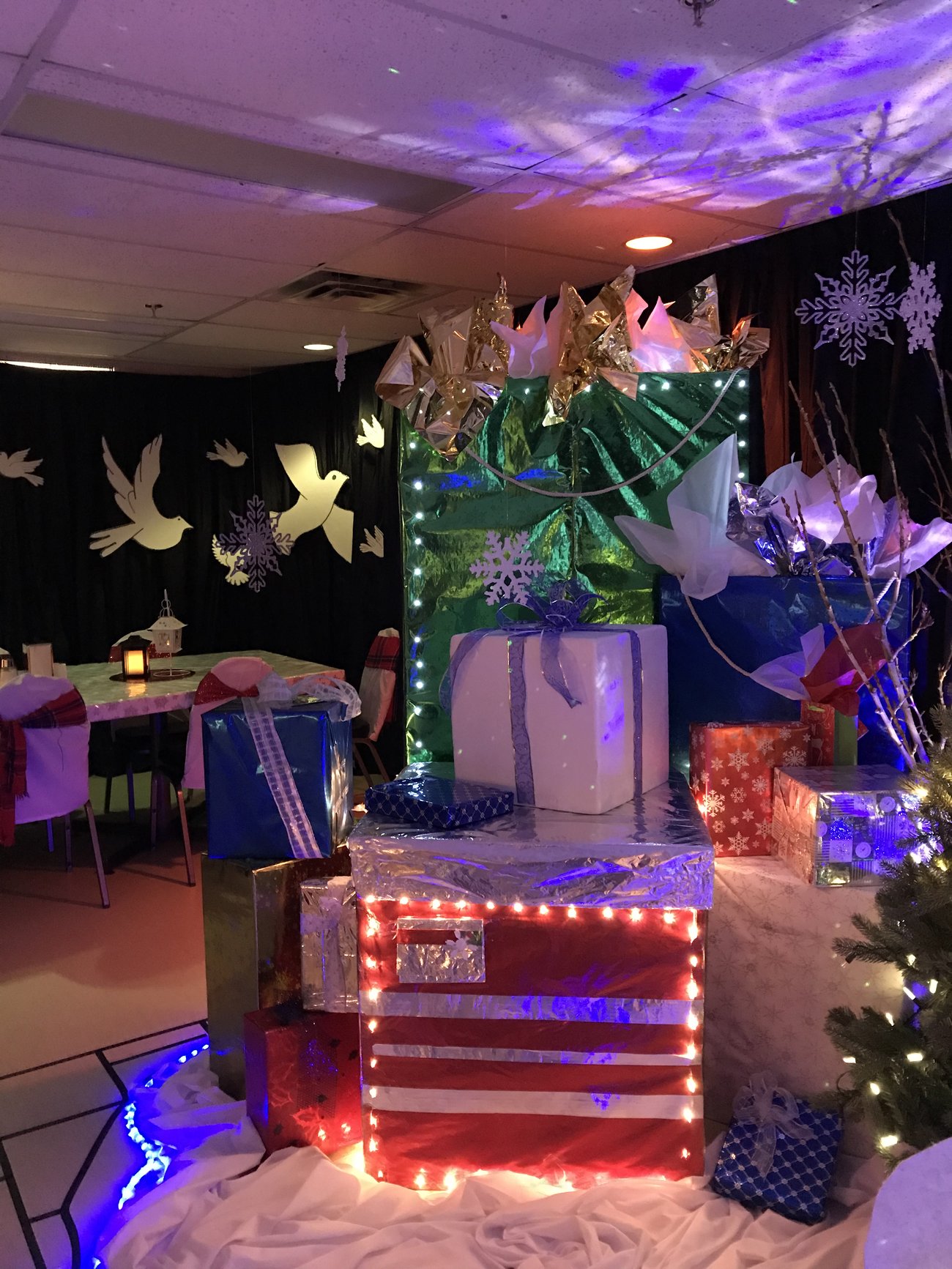 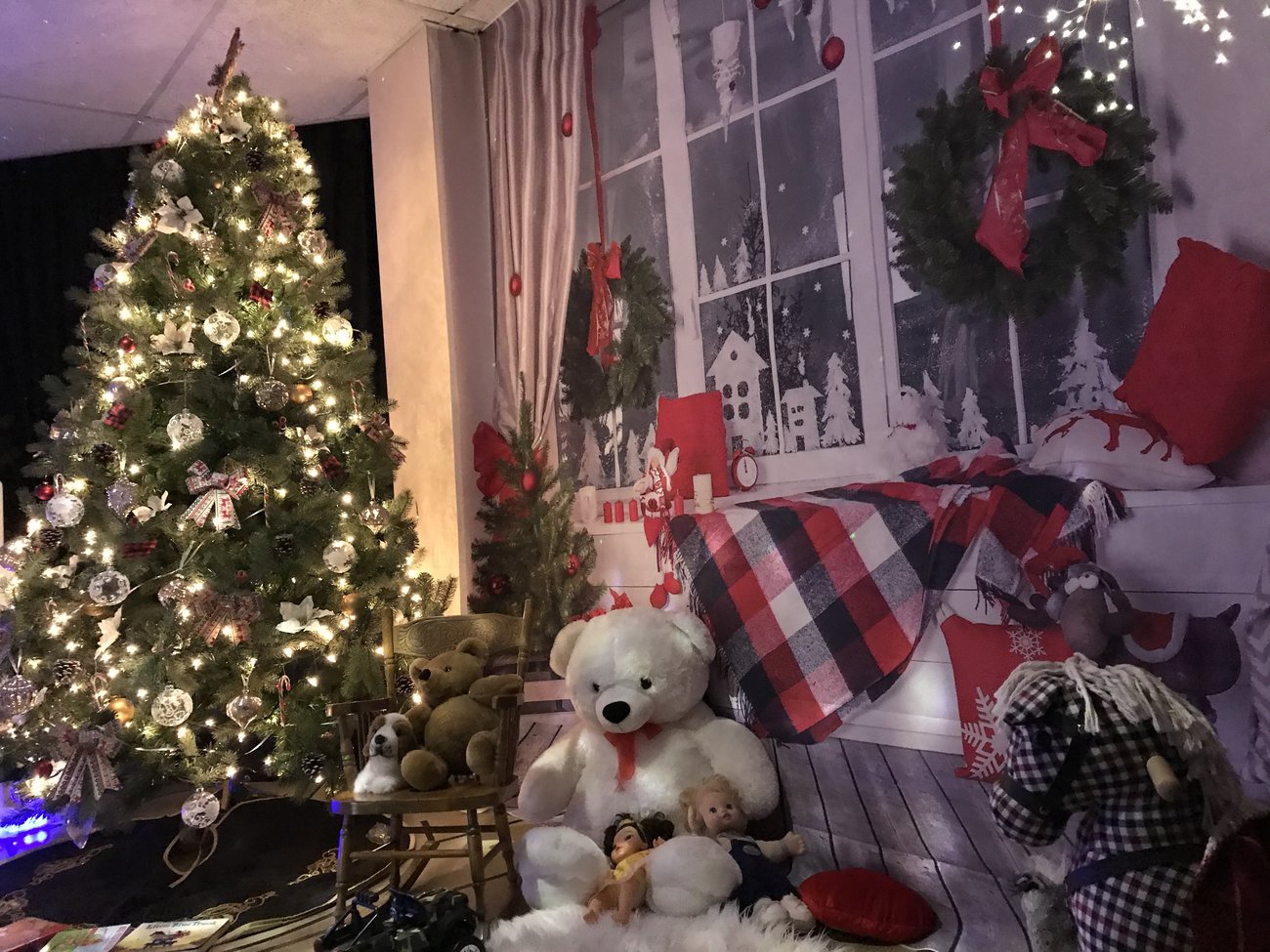 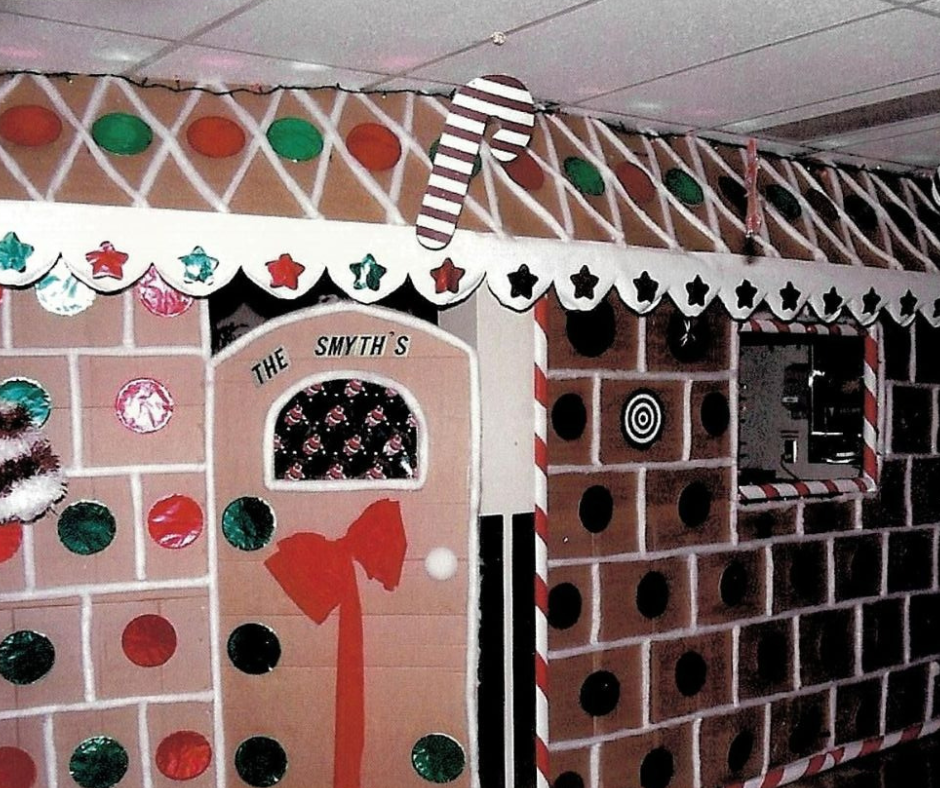