When Jordan Blatz and his two brothers made the decision to move their dad, Lenny, to hospice, they didn’t anticipate he would make it to Christmas, let alone into 2022. They attribute this gift of time in large part to the dedication of Lenny’s best friend, Gary.

Jordan recently shared the story of this special friendship and how much it’s meant to the family in a thread on Twitter that garnered more than 5,000 likes and nearly 1,000 combined retweets and quote tweets of its first post.

Lenny and Gary, who also has three kids, met at the Northern Alberta Institute of Technology in 1975, and throughout their lives, they have remained best friends, even as their friendship ebbed and flowed, as many do when partners and children come along. However, in October, when Lenny’s oncologist suggested an end to possible treatments for a brain tumour and a move to palliative care, one of Jordan’s first calls was to the man he called “uncle” growing up.

The Blatz family moved Lenny from Camrose to Dulcina Hospice at St. Marguerite Manor, a Covenant Care facility in Calgary, on November 12. This way Lenny could be closer to his sons and their families, including his six grandchildren.

Jordan and his son walk with Lenny in April 2021.

“My brothers and I have done the best we can to balance our lives, family life and work commitments to spend as much time as possible with Dad,” says Jordan. “For a few weeks, that meant I would see Dad one evening and the next I’d spend at home to be there to put my kids to bed.”

The one person who visits Lenny every single day is Gary.

Gary and his bulldog, Otis, who live just north of Calgary, visit Lenny every morning for breakfast and coffee. He fills out Lenny’s menu choices, feeds him meals and shaves his face for him. 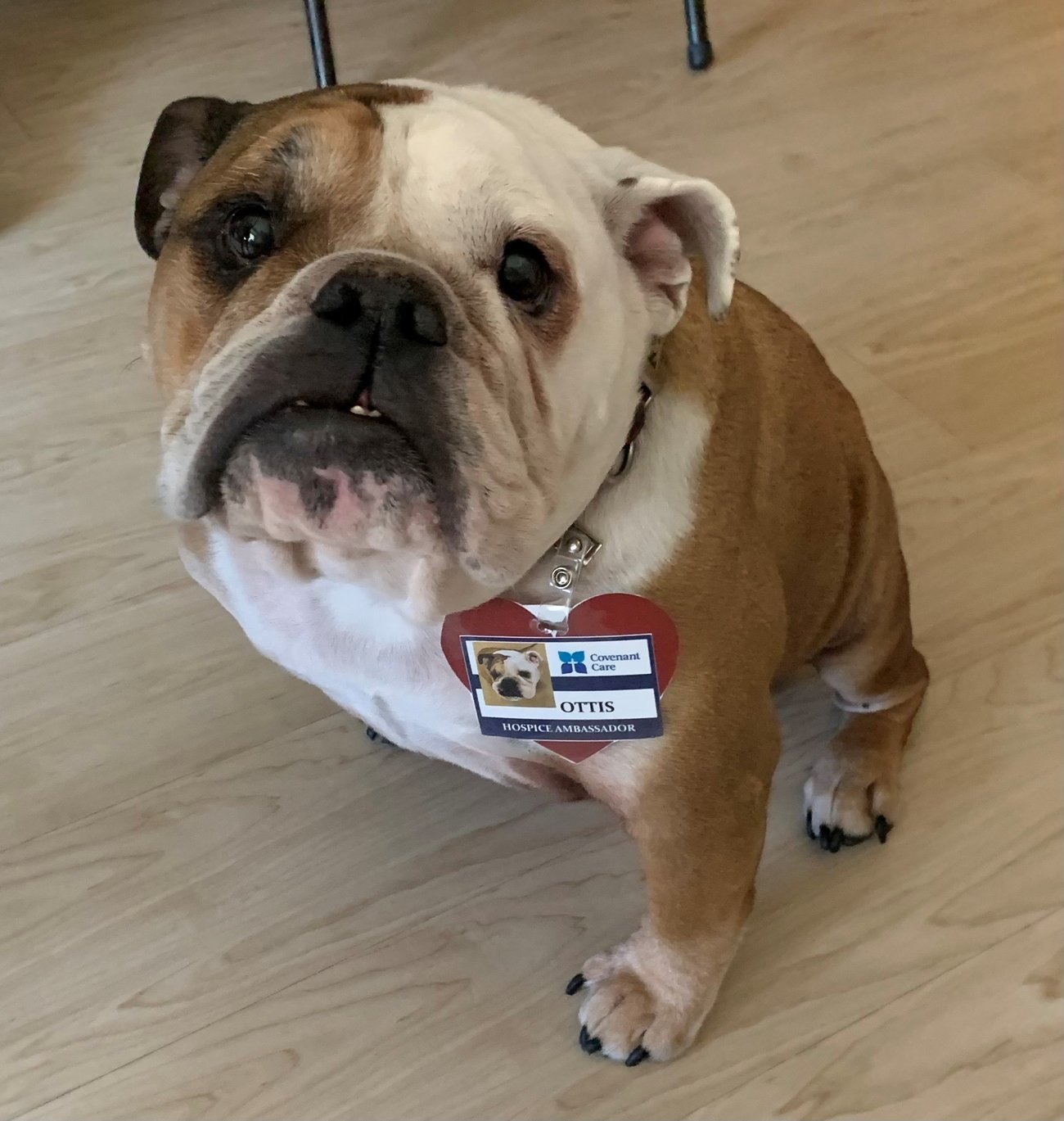 Otis has been given a Hospice Ambassador badge for bringing joy to residents and staff. 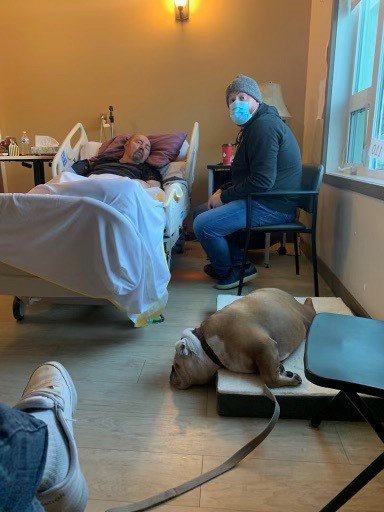 Gary snaps a quiet moment between Lenny, Jordan and Otis.

In mid-December, when Lenny took a turn for the worse, Gary spent several full days in his room, holding his hand for hours and kissing his forehead every time he needed to leave.

“I don’t know many men who would do the kind of things for Dad that Gary has, but I can tell you that his friendship has been inspiring to see and has meant everything to my dad, brothers and me,” says Jordan.

When doctors changed Lenny’s meds due to his difficulty swallowing, they informed Gary and the family that the change could mean Lenny might sleep for most of his remaining days.

Jordan feared the worst the next morning when he received a call from his dad’s cell number. To his delight, it was Gary. “He said, ‘I have a surprise for you, Jordy,’ and it was my dad talking to me clear as day, more alert than he had been for weeks.”

The days leading up to Christmas were some of Lenny’s best in recent months. The family continues to enjoy spending time together, knowing each day is a gift.

While he doesn’t know for sure why his dad has responded so well, Jordan feels the friendship is largely responsible. “Deep down I know that Gary and the love and devotion he has shown my dad have to be a big part of the explanation.”